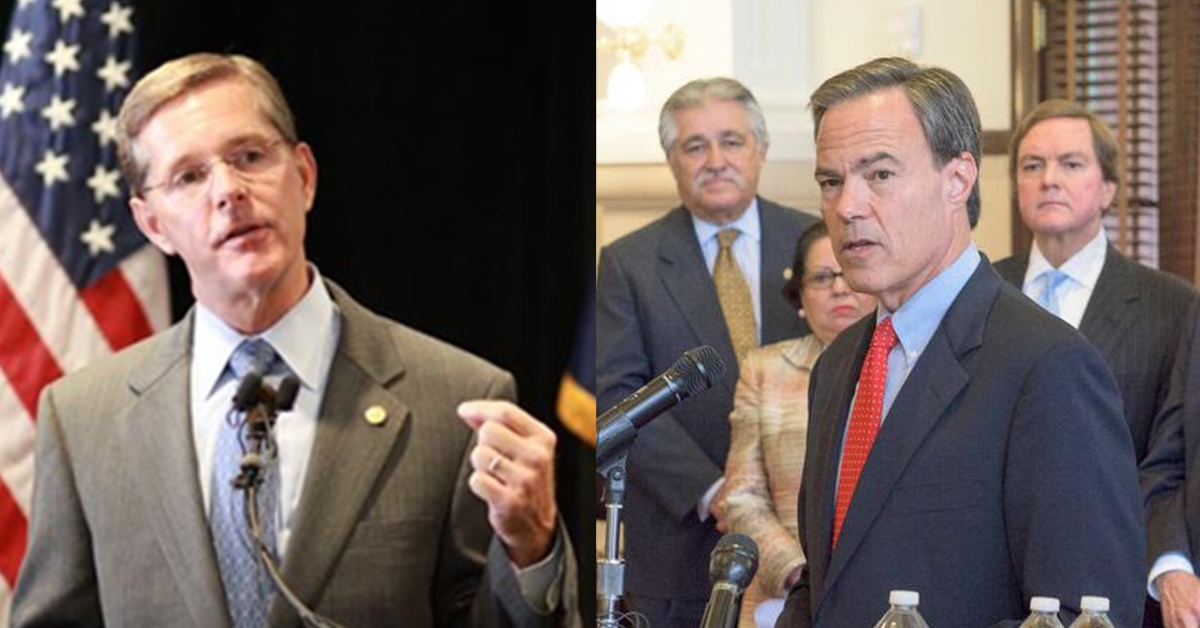 Since the early part of 2017, the Texian Partisan has reported on the growing opposition to Texas Speaker of the House, Joe Straus. Speaker Straus is on track to becoming the longest serving speaker in Texas history. Normally, that would be something to be proud of; unfortunately, rather than using his position to advance the cause of his party and state, Straus is using his opportunity to hold onto to power while also holding back conservative reform. In a red state like Texas, that’s not going to fly forever, and we may now be seeing the beginning of the end of Straus’ tenure of pulling the strings in Austin.

The Texas Speaker of the House is elected by fellow members of the legislature. In order to maintain his post he must have lots of friends and allies willing to keep him in place as king of the House, or at least be too afraid to challenge him. Unfortunately, through Straus’ arrogance, obstruction, and vindictiveness to those who disagree with his vision of Texas,  Joe Straus is losing friends.

Texas is a huge state with a huge conservative population. Republican Party aside, conservatives have a lot of pull, when applying pressure properly. The base is pushing their elected representatives to stand for the principles they were elected on, but representatives that try to deliver on those promises often find themselves at odds with Straus. And when you’re at odds with Straus, you should expect reprisals.

The Texian Partisan has reported that a growing number of representatives are losing faith and patience in a speaker who is less concerned with enacting the RPT platform than he is with the interests of himself and his allies. Through parliamentary maneuvering, we have seen Straus kill conservative bills instead of allowing them to be voted on, contrary to what was reportedly agreed to. However, as of last legislative session, we’ve seen his opponents, primarily in the House Freedom Caucus, grow bold enough to actually block Straus’ interests in retaliation. This power struggle within the Republican Party in Texas is even putting Straus at odds with Governor Abbott, whose bills have also died under Straus. Additionally, he’s now at odds with with those on his home-turf in Bexar County, who recently passed a vote of no confidence in Speaker Straus. Following Bexar’s lead, other GOP party executive committees followed suit so that now there are 50 Texas counties that have issued similar rebukes of Straus, putting him in danger of censure.

So what to do? A challenge on its own is nothing without a candidate that can fill the void. However, just recently, Weatherford Rep. Phil King announced his intent to run for speaker against Joe Straus. King’s ascension to the speakership may signal a change in the political winds of Texas for conservatives.

Rep. King did not jump onto the oust Straus bandwagon as a moment of opportunity. He says that colleagues have urged him to run as Speaker. King said in a statement:

“Over the past several months, many of my colleagues have encouraged me to consider running for Speaker….What I have learned is that the role of the Presiding Officer is not to control the House, but rather to facilitate, assist, and empower all members to represent their districts, promote their ideas, and implement their policies….I look forward to sitting down with my colleagues and sharing my vision for leading the Texas House as a true servant leader.”

Would King be a better speaker than Straus? If he wins, time will tell. Often, we deal with the devil we know because change can be scary. But if we hand the gavel to a new contender, I’m sure we all hope he means it when he says that he believes the speaker position should be used to facilitate rather than control the House and what bills come to vote. For Texas Nationalists, this is especially important. We almost got a referendum on Texas independence in the RPT platform last year, but for the improper actions of the GOP leadership at the time. Now that there’s new party leadership at RPT, we hope to be successful at the next convention with the same. Now, Rep. King hasn’t shown interest in the efforts of the Texas Nationalist Movement, as evidenced last year when he held a hearing on how Texas could deal with federal overreach and neglected to invite supporters of Texas independence. But if King truly sees his role as to enact the will of the People, then he will not use his official powers to stop such a referendum (unlike Speaker Straus and Tom Mechler have done) when the People call for it

Nonetheless; a change in leadership has been recognized as a necessity to further reform, by Texans both common and influential. So, get to know more about Rep. King. He may be about to dethrone Speaker Straus and become the new King of the House.