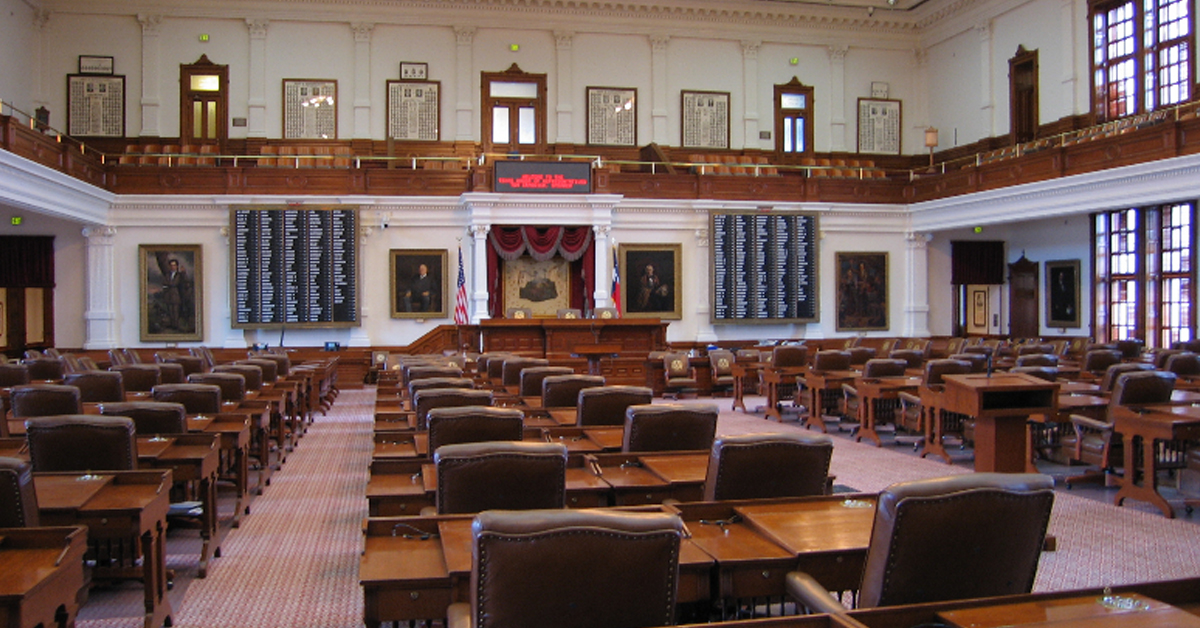 Yesterday, before the media, members of the Texas House Freedom Caucus met to announce their intention to oppose the remainder of the bills up for vote later that night.

To the casual observer, this may seem like madness, especially considering that some of the bills were ones that the caucus supported. 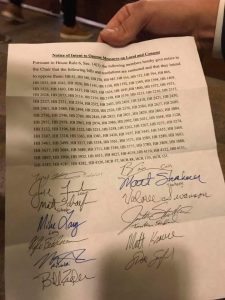 Letter from the Texas House Freedom Caucus announcing their intentions.

So why go through with a stunt that would gum up the works and anger the leaders of House, members of their own Republican party? It is because the House leadership under Speaker Joe Straus used its parliamentary power to kill the conservative legislative agenda of the Freedom Caucus, making sure it doesn’t see a vote on the floor.

“What all of us suspected might happen, actually happened,” said Representative Jeff Leach in his statement to the press. “Many of our bills [had been] removed. Not just set for the calendar tomorrow, but removed and referred to the general calendar’s committee. As all of us know, today, midnight tonight is the deadline for hearing house bills on second reading. So, referring bills to the general calendar committee is as good as calling them dead.”

Representative Leach, pulled no punches when assigning motive to this rash act of the leadership, saying, “Really, what this is about is another shot, another direct shot, at the conservative members of this House.” “What’s happened to us has been personal retribution!” “Petty, personal, politics!”

With this in mind, the Freedom Caucus and their allies issued a letter to leadership announcing their intention of killing the whole local and consent bill calendar for Friday, as pay-back for the GOP House leadership’s actions. And true to their word, they took to the floor, using every parliamentary tactic at their disposal to stop as many bills as possible from being passed: offering amendments, withdrawing the amendments, making long speeches, etc. And all the while, letting the House, and the Texan people, know who was the maker of this inter-party discord: the GOP house leadership.

Representative Jonathan Stickland, in one of his many speeches that night, said, “I am sick and tired of the rules only mattering only when it keeps the minority members of this House, whatever the issue is, in line. This is what I’ve seen, all session long. I’ve seen that when this leadership, of this house decides that they want to do something, it happens!” Stickland then went on to strongly infer, even then, this whole situation could be averted if the leadership would reinstate the Freedom Caucus bills for a vote; it would not happen, though, so great is the leadership’s contempt for the caucus and the conservative agenda they represent. “It’s disgusting! And one of these days it’s going to happen to something that you care about,” said Stickland.

This time, the House leadership paid a big price for their underhanded maneuvers. That night and the following morning, the House Freedom Caucus was successfully able to block the remaining legislative agenda of the House Leadership. And though it’s sad that such tactics were needed (there were worthy bills among those blocked), the House leadership needed to pay a price for their oligarch-ism, in order to safeguard future conservative reform. Likely, this rebuke is only a taste of what’s in store for them if they in future continue their business as usual, stifling the voice of the people by blocking the efforts of their representatives. However, it remains to be seen if this, or anything short of the removal of Straus and his allies, will be enough.