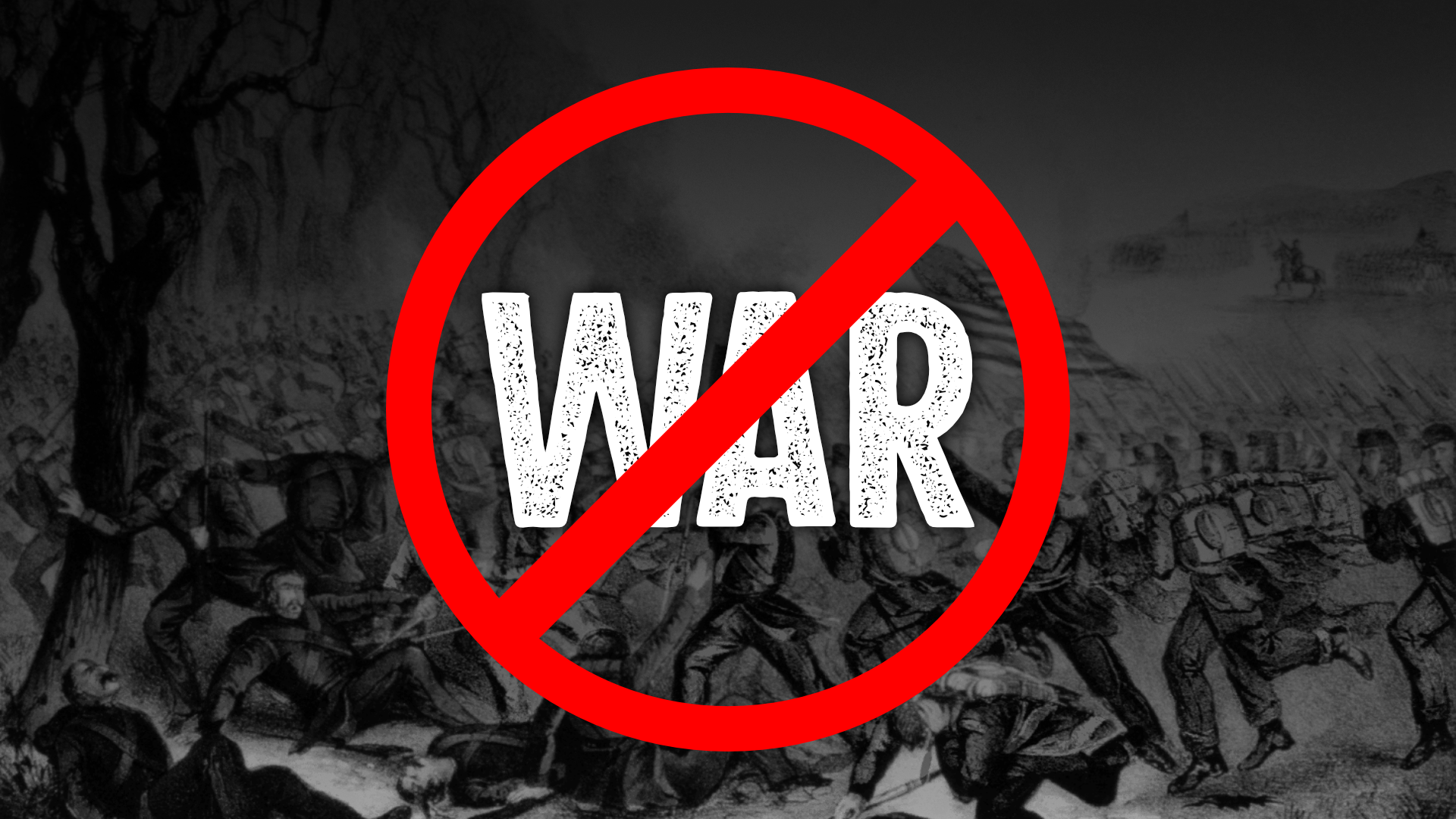 The fear-mongering media has been hyping the idea of a coming “civil war.”  Some see inevitable disaster, others inevitable salvation.  Where does the current call for Texit fit in with these narratives?  It doesn’t.

So-called “experts” are “sounding the alarm” that urgent and heated threats of civil war are ramping up prior to the US midterm elections next month. Exacerbated by lingering tension over the 2020 election, the events of January 6th, 2021, the recent FBI raid on Mar-a-Lago, and Biden’s “red” MAGA-fascist speech, the fringes of social media have lit up with talk of civil war.  Even mainstream pundits are concerned that the election next month will be another point of tension, another straw on an overladen camel.

As a believer that Texas would be better off leaving the union, and as an activist for that cause, my hackles rose a bit, but maybe not for the reason folks would assume.  It would be tempting to lump Texit advocates into the same category as those who openly discuss and even wish for civil war.  I strongly suspect that as our cause moves forward that the media will try this strategy, to paint us as warmongers and extremists.  It is this coming lumping-in that puts me on full alert, because the true goal of Texit is something distinctly different.

David Gemmel said, “Only a fool loves war, or a man who has never seen it.”  When it comes to Texit, our goal is a political one, a democratic one.  The drive for Texas independence doesn’t start with a Lexington or a Fort Sumner, it starts with the legislature.  Consistent with the Republican Party platform, consistent with the lawmaking duties of the legislative branch, an authorized referendum is the starting point.  How can a vote be an act of war?  Therein lies the key to our future success: a commitment to working within the existing political process, to peacefully vote and establish the will of the people.  That in itself is fundamental democracy, hardly an act of war.

To call for Texas independence is not to call for civil war.  I’m reminded a little of the Chris Rock and Will Smith incident that was punctuated with “Keep my wife’s name out of your [expletive] mouth!”  No advocate of Texit is welcome, permitted, nor encouraged to speak of the possibility of civil war as a means to our goal.  Some lines are OK to cross.  To call for Texas independence via civil war is clearly past the line.

It is a misconception and a fine bit of fear-mongering to claim that a modern Texas independence movement will result in a military conflict.  It usually goes something like, “how did that work out for y’all in 1865?”  Let me lay out a few reasons why that previous conflict is irrelevant to our current cause.

First, the history of the US Civil War of 1861-1865 is irrevocably tied to slavery.  Regardless of whether you believe the conflict was about “states rights” or racism, about “preserving the union” or “northern aggression,” there will be a significant group who hold the other opinion equally strongly and with equally reasonable justification.  The defense of humanitarian causes against slavery vs. the defense of the primary economic engine as slavery is not the question in 2022.  To call for a Texit vote is not to suggest that anyone should somehow be enslaved, nor does it validate any previous historical position or interpretation.  In simple words, the reasons for the US Civil War are not the reasons that now justify and empower Texas sovereignty.

Second, these are different times.  In the 1860’s, conflict centered around large groups of soldiers fighting on large battlefields.  The primary tools were horses, bayonets, and rifles, supplemented with artillery.  To suggest that such warfare would be required for Texit to be successful ignores the developments of history. To think that somehow a bunch of AR-15’s should be used against warplanes and long range missiles is foolish.  To think that the US is somehow required to respond with missiles and tanks is equally foolish. Nations throughout the world, but especially in Africa and Asia, have redrawn lines and reset alliances nearly 100 times since World War 2.  In many of these instances, no war was required.

As an additional sign of the times, consider the last few years in Great Britain.  In 2014, Scotland held a referendum on whether to declare independence from Britain.  The referendum was promoted by the Scottish National Party, and there were no British soldiers lined up to prevent the vote.  When the vote came out in favor of remaining united, the Scots didn’t march south with pitchforks, and there was no occupying force from London.  The question was asked and answered, politically, without violence.  Move forward a few years and you’ll find the “Brexit” movement by which Britain separated from the European Union.  While I’m sure Brussels and the EU were a bit grumpy at the Brits, and while the negotiations of the exit terms were protracted and difficult, the entire effort from advocacy to referendum to separation was accomplished without violence.

Finally, to suppress a democratically expressed call for sovereignty is distinctly un-American.  The US has defended the sovereignty of Ukraine by sending billions in weapons and aid.  The US dances with Taiwan, simultaneously supporting its sovereign claims while being careful not to upset the Chinese.  As I argued in a previous article, for the US to deny Texas independence following a referendum is to put the US in the role of Russia and China.  The United States simply cannot invade a democratically free Texas without becoming one of the global anti-democratic superpowers it so often rails against.

While discussing ways that the American Civil War is irrelevant to our current cause for Texas sovereignty, it seems reasonable to address a related Supreme Court case from that era.  Detractors of state sovereignty will mention that the 1869 case of Texas v. White includes the ruling that states have no right to secede from the union.  Texas v. White is irrelevant.

First, know the basic facts of the case.  The case was about whether certain bonds sold by the Confederate government of Texas should be redeemed as sold or returned to the reconstruction government.  The case was about money, plain and simple.  The Confederate Texans used the money in good faith, but when they lost the war, the reconstruction government wanted the money back.

The outcome of the case was that the court decided that since the Texas government had no right to secede, they did not cease to become a state of the union even though they said they weren’t, and so the bonds should be returned to the re-established “legitimate” government of Texas.  In other words, the winners got to keep the money.

So, Texan patriot, it is true that Texas v. White says that states have no right to secede.  Don’t argue otherwise.  But fortunately for us, there’s more to the story. The court that decided Texas v. White had 7 justices, and 5 were appointed by Abraham Lincoln.  Should anyone be surprised that the “winners” of the war adjudicated a decision that the “losers” had no right to leave in the first place?  Winning by force is hardly a legal precedent.  The argument of Texas v. White is a political statement disguised as a legal opinion.

One should also consider other cases where the Supreme Court was clearly mistaken that have not been re-addressed, and cases where the court overturned its previous opinions.  In the Dred Scott case, the court effectively ruled that African slaves were not “people”, but property.  This case has never been overturned, although nobody today would argue that the precedent stands.  Similarly, in Buck v. Bell, the court ruled that the government could forcibly sterilize “imbeciles”, the mentally ill, or others deemed to be not capable of contributing to society.  Forced sterilization of the “unfit” is still the legal precedent of our country, although few would argue that it remains in force.  Also consider the recent decision to return Roe v. Wade back to the states, where the court formally decided to undo a previous precedent.

The point is this: The supreme court is always political, always influenced by culture and the times, and always fallible.  We don’t care what the Supreme Court said about secession more than a century ago.  Further, when we vote to leave the union, we won’t ask the Supreme Court of some other country what they think about it.  To say “Texas v. White” as an argument against Texit is like saying we should have asked Britain for permission in 1776.  There’s just no point in asking, as self-determination and “the inalienable right to alter, reform or abolish [our] government in such manner as [we] may think expedient“ trump a 153 year old court decision.

To advocate for a peaceful withdrawal from the union via public referendum established through the legislative process is not to advocate for civil war.  Texit is within our rights as Texans, rights established by the US and Texas constitutions as “inalienable.”  When we advocate for Texas independence, we have no desire or inclination to incite violence.  Only a fool would wish for war. To echo Guns n’ Roses, “I don’t need your civil war… what’s so civil about war anyway?”