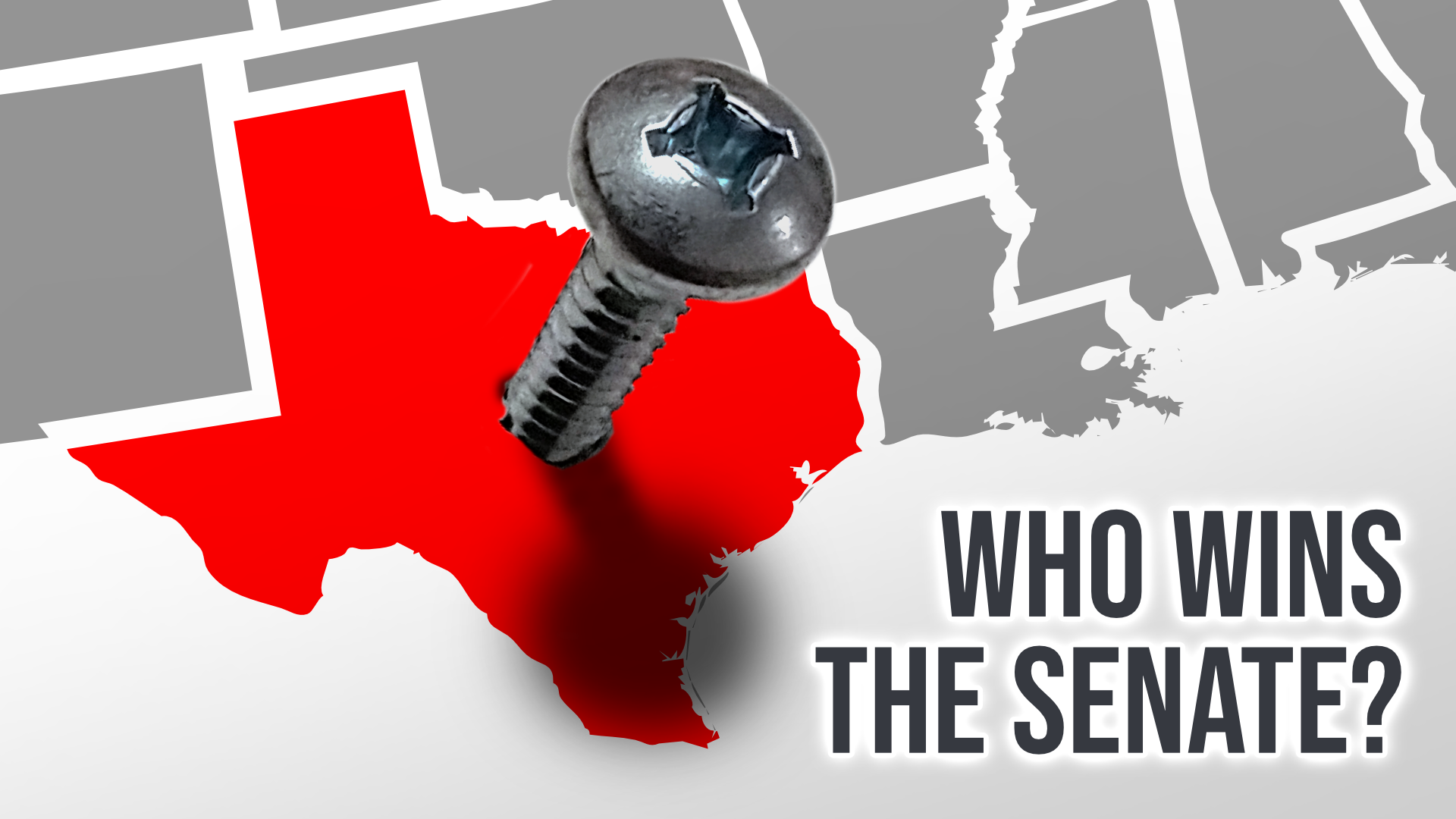 The media is all stirred up as we approach election day about the question of which party will win the US Senate.  The red team is starting to say “we’ve got this!”  The blue team still holds the statistical advantage. How will each outcome impact Texas?

There’s a Democrat in the White House, and the Republicans are heavily favored to win the House of Representatives.  Those parts, most everyone agrees on.  The outcome of November’s election in the Senate on the other hand is still anybody’s guess.  There’s a real chance it could go either way.

The Republicans are starting to show some confidence.  Rick Scott, the Chairman of the US Republican Party Senate Committee said this week, “The energy is on our side. People are fed up with Biden’s agenda,” to the applause of a room full of Republican activists and supporters. On the other hand, no politician is going to take the stage and say their team is fixin’ to lose.  Is the “we’re going to win” rhetoric in line with the polls and statistical models that pundits use to predict the future?

One pundit whose perspective I respect is Nate Silver of Fivethirtyeight.  Nate and his team spend their days in statistical analysis of all kinds of data, from sports to politics.  Their statistical model famously missed the 2016 election, giving Trump only a 28% chance of winning.  Like most people who hate being wrong, they did deep analysis and changed their algorithms based on what their analysis found.  While their model today still shows the Democrats holding the Senate in 59 of 100 possible outcomes, they published an article today outlining why that really represents a toss up.  There are just too many of the individual state races that are “too close to call”.  We’ll have to wait till the votes are counted.

Let me put the Partisan on record with a prediction about the Senate: Whoever wins, Texas loses. Texas has been represented in the Senate by John Cornyn since 2002, and by Ted Cruz since 2013.  Has the Federal government improved in that time?  Has Texas had more “wins” than “losses” at the Federal level?  Clearly not.  We’ve been served by the same senators for a LONG time, with regression rather than progress.  “Yeah, but they’re just two guys out of 100.”  OK, let’s look at that angle.  The Senate, House, and White House have all switched party control multiple times during both of their tenures.  During any of those times, was Texas winning?  Was the Federal dysfunction improving?  Was the national debt going down?  Clearly not.

While I do personally hold more toward the political viewpoints of the Republicans, it’s impossible to argue that Republican control of government at the Federal level will make things better in the big picture.  I also believe that Democrat control at the Federal level will work even more aggressively against Texas’ interests.  We are faced with two prospects: slow death by fatal disease, or quicker death by 1000 self-inflicted cuts.

Mitch McConnel won’t save Texas.  Kevin McCarthy won’t save Texas.  While many in Texas favor Donald Trump, he didn’t save Texas when he was in office, and he won’t do it if he’s in office again in the future.  If Texas is to rise, it must rise on its own merits.  The Federal government is beyond repair, and “voting” within that system won’t change anything meaningful about its trajectory.

The only way for Texas to rise above the dysfunction of the Federal government is to leave.  It’s the only reasonable way forward.  The best people to govern Texas are Texans.  Voting “one more time” for the same bad choices, or even sending our best people to fight against a corrupt system from within won’t change anything.  A truism from the mental health world is “If you do what you’ve always done, you’ll get what you always got.”  We’ve been voting for centuries now.  We’ve been sending qualified candidates from Texas to participate in the Federal government since 1845.  We’ve been sincere in our efforts, but overall unable to influence the downward spiral.

Voting more sincerely isn’t going to cut it.  Sending “better” candidates won’t either.  We have to do something radically different, or we’ll keep getting the same dysfunctional result.  Texit is the only viable solution.  As TNM President Daniel Miller says, “Texit is inevitable.  The only thing we’re debating is the timeline.”  Let’s make it happen sooner rather than later, because “more of the same” leads to certain failure, no matter who wins the Senate.