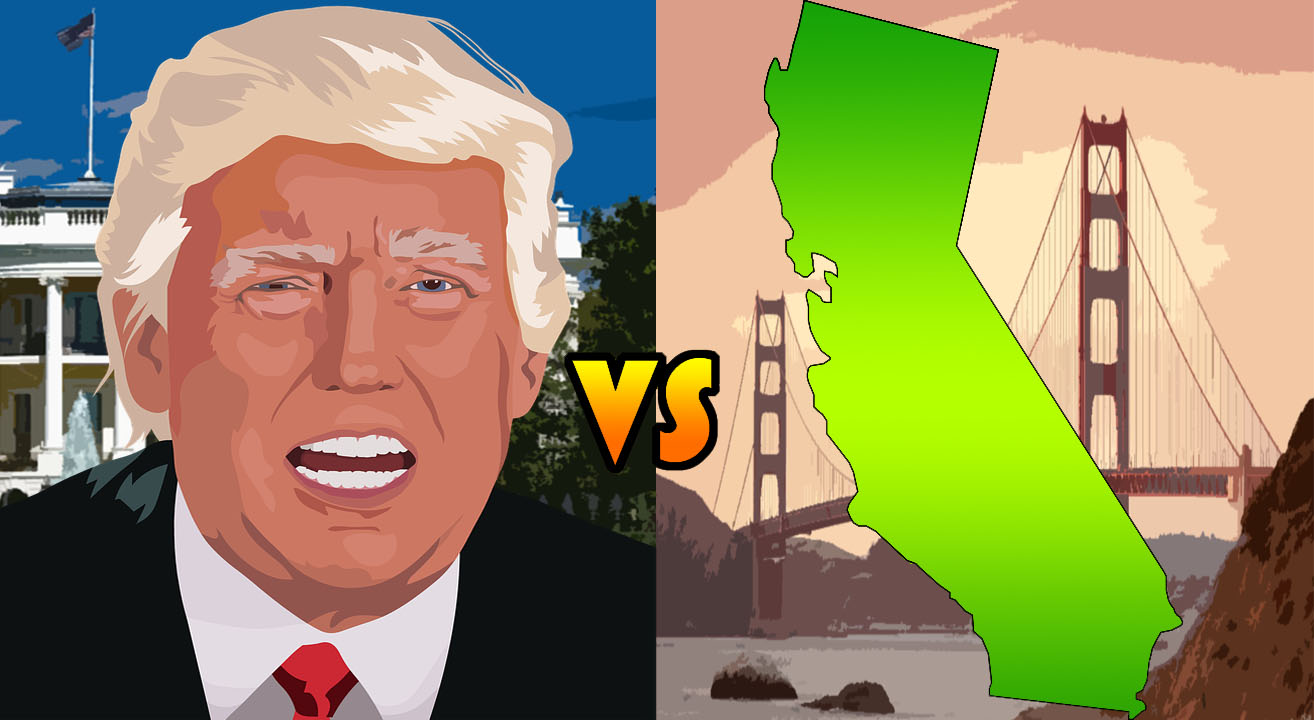 California’s pace to independence may have been expedited by President Trump’s recent threat to “defund” the Golden State. Trump said in a Fox News interview with Bill O’Reilly that the United States gives “tremendous amounts of money to California.”  Trump stated that California is “out of control” and he would withold all federal subsidies if it declares itself a sanctuary state.

California, on the other hand, is apparently not backing down in the midst of a threatened loss of federal funding that is less than what California contributes to federal coffers. In fact, the state of California currently contributes around $356 billion dollars per year and receives nearly the same amount back in all forms of federal subsidies. Many argue that California could easily “go it alone” and even prosper, but the state should recognize that these threats should not be made lightly. In fact, the bulk of taxes are collected through paycheck deduction by employers and it is unclear how, short of actual secession, California would manage to halt the flow of money to Washington D.C.

In fact, talk of secession in deep blue California has only become more prevalent since Trump’s inauguration. At this moment, the Yes California movement claims 19 thousand supporters, which is sharply up from just a month ago (though substantially less than the over 350 thousand supporters of Texas Independence…sorry California!). Nevertheless, the notion that the world’s 6th largest economy deserves to be its own independent nation is resonating in a state that has often marched to the beat of its own drum.

Currently, Yes California is collecting petitions that would, in 2018, repeal the clause in its constitution stating that California is an  “inseparable part of the United States of America.” The petition also calls for a referendum on independence in a 2019 special election.

While the vast majority of Texans likely have a different political bent than your average Californian, we should nonetheless be encouraged by the left’s recognition that federalism “is a thing” and that the sovereignty of the United States is derived from the inherent sovereignty of the states themselves. Californian independence could present a tremendous opportunity for Texans seeking freedom from the corrupt and lawless federal government. In fact, it is undeniable that California and Texas (worlds 10th largest economy) could together provide an unassailable argument that the United States was always intended as a voluntary political union. A bold sentiment, maybe California would adopt the words of the Texas Constitution, “they have at all times the inalienable right to alter, reform or abolish their government in such manner as they may think expedient.”