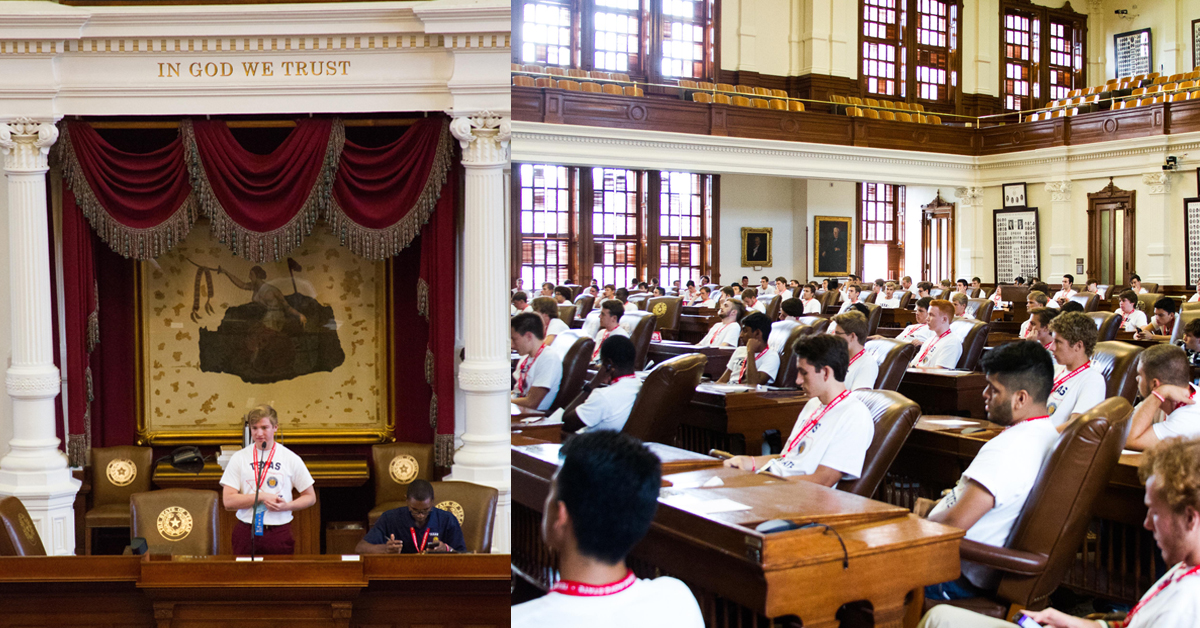 On the 15th of June, at the Texas Capitol building, the Senate and House passed a bill of secession for Texas from the United States, with tallies of 60/40 and 80/20 respectively. No, this isn’t part of Governor Abbott’s special session (more’s the pity), but rather a simulation of the youth government program known as Texas Boys State!

Texas Boys State, part of the Americanism Commission of the American Legion of Texas, brings together the brightest 17-year-old boys, the top of their class from high schools all across Texas, where they learn about and execute a mock-up of Texas government for a week. They even get to use the Capitol building to run their program! How cool is that? 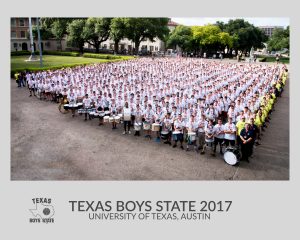 “The kids are totally free to develop whatever legislative program they bring from their homes and families all across Texas,” says Paul Barker, chairman of TBS, “They argue topics from abortion, to taxation, to the border. Anything that is hot in Texas is hot with these boys! So, we just let them ride with it and see if they can pass it.”

This year, one of the hot topics was Texas independence, clearly a subject very much in the zeitgeist of modern Texans. During their previous year’s occupation of the statehouse, the boys considered a similar measure that ultimately failed. However, this year independence passed, and it wasn’t even close! And just in case you think that the program only selects boys of a particular political bent, Mr. Barker was clear to point out that these young future statesmen come from a variety of political and cultural backgrounds, who are then put together to weigh each other’s opinions and stances. Through this political interaction, they develop a consensus position, adjusting “their strong beliefs toward the middle. Whether they’re on the left side or the right side, they all have interests that are in the middle. [And there they must gravitate] in order to get legislation passed.”

Being that the boys decided that Texas independence was an important issue to address and ultimately codify into mock Texas law, the state group had to endure a bit of gentle ribbing from their fellows in the national organization. “You’ve probably heard of Boys Nation, where two of our most qualified boys go to Washington to repeat the same sort of program. Well, we get calls from them saying, ‘Well, I guess since you’ve seceded, you won’t be coming to Boys Nation, right?’ So, we have to eat that a little bit,” said Mr. Barker.

One thing Mr. Barker was adamant about was the fine qualities of this crop of up-and-coming legislators, marking on how interesting it was to hear them debate the issues, and how they “were the best behaved and most enthusiastic boys that [he’s] ever seen.” Barker continued, “Whatever is sweeping across Texas is a good thing!” Indeed. And whatever that may be, let’s hope that its catchy. Obviously, the regular occupants of the capitol building in Austin could learn a thing or two from these our next generation of Texas leaders.

The American Legion’s Texas Boys State secession vote is captured in this video.