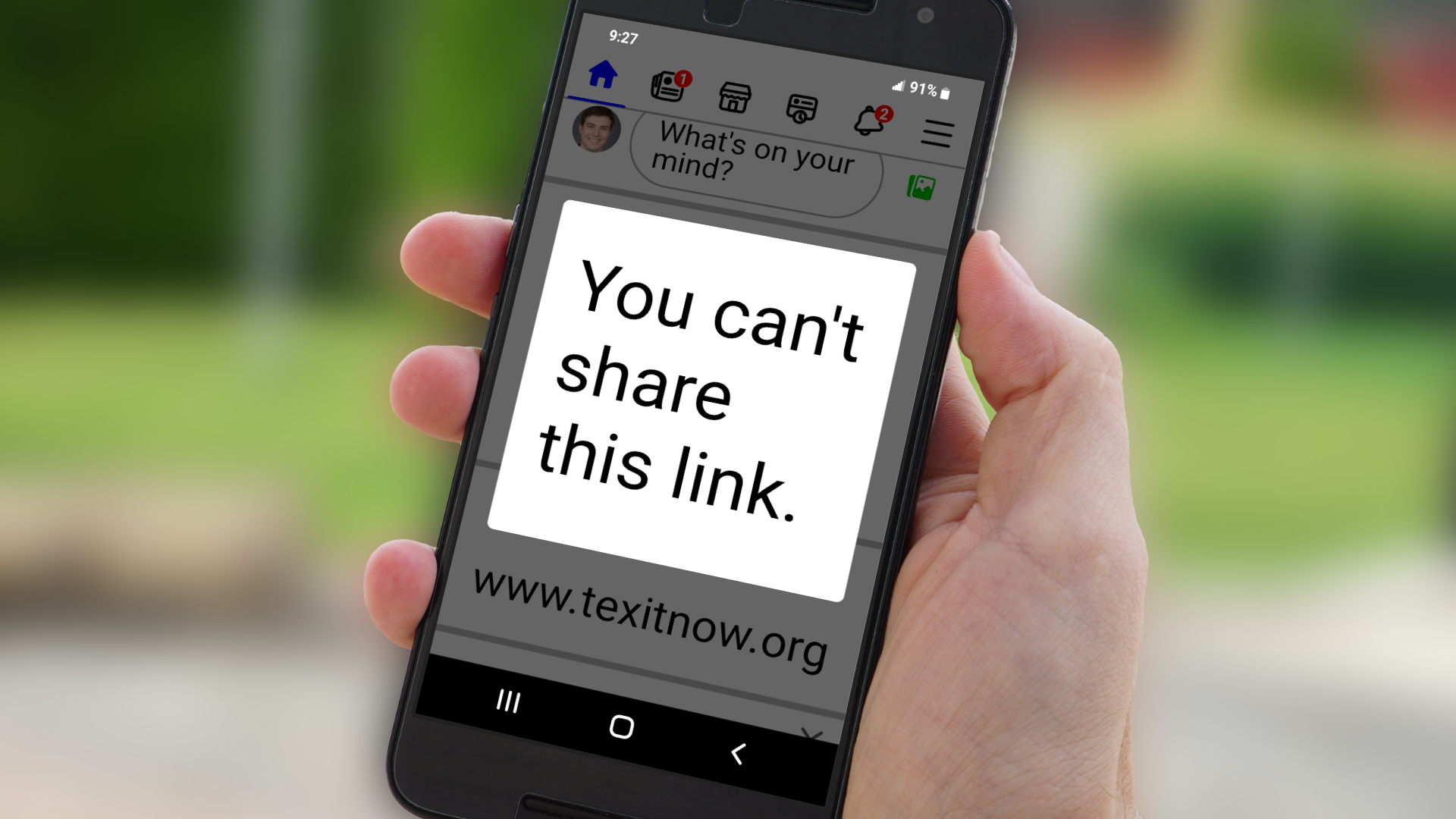 The Texas Nationalist Movement and its President, Daniel Miller, have filed a class action lawsuit against Facebook’s parent company Meta Platforms for censorship under the new Texas anti-censorship law.

Facebook is somewhat notorious for manipulating its content and for picking “winners” and “losers” on nearly every controversial issue.  If you stand on the side they don’t like, your content gets shut down.  Inconsistencies and hypocrisy abound.

The dispute between TNM and Facebook began when Facebook started banning any posts by TNM or TNM followers containing TNM’s website link TEXITNOW.ORG or TNM.ME/TEXIT as a “violation of community standards.” This action prevents supporters from sharing TEXIT content on their Facebook pages. Facebook has refused to lift the bans while also refusing to specify how the TEXITnow.org link violates community standards.

TNM and Daniel Miller filed the lawsuit as representatives of a class of Facebook users who were censored for posting the TEXITnow.org link, totaling roughly 185 individuals.

“TEXIT is gaining momentum across our state, and Meta is doing everything in its power to stop our movement,” said TNM President Daniel Miller. “We are taking Meta to court to show that their blatant censorship and rejection of state law will not stand in Texas. Texans deserve to have their voices heard whether they support TEXIT or not.”

The Texas anti-censorship law, passed in 2021 as H.B. 20, became effective as of December 2021. The law states that “A social media platform may not censor a user. . . based on the viewpoint of the user or another person.”  The Texas Legislature defined the term “Censor” as “to block, ban, remove, deplatform, demonetize, de-boost, restrict, deny equal access or visibility to, or otherwise discriminate against expression.”

If a social media platform, such as Facebook, censors a Texas user because of their own viewpoint or the viewpoint of another, the law entitles the user to an injunction from a Texas court ordering the platform to cease censoring the user.  If the platform refuses to comply with the injunction, Chapter 143A provides that the court “shall hold the social media platform in contempt and shall use all lawful measures to secure immediate compliance with the order, including daily penalties sufficient to secure immediate compliance.

The TNM is being represented by attorney Paul M. Davis. Davis has focused his practice on issues such as an employee’s right to be exempt from vaccine mandates on religious or medical grounds, holding school boards accountable for indoctrinating children and persecuting parents who object, and social media censorship, previously winning a temporary restraining order against Meta for censoring the account of former Texas gubernatorial candidate and BlazeTV host, Chad Prather.

You can download the TNM’s Original Petition at this link. While the legal jargon is a bit to wade through, the document also includes ample justification that the idea of Texit and the process we advocate for is legal, reasonable, and does not violate any “community standards.”