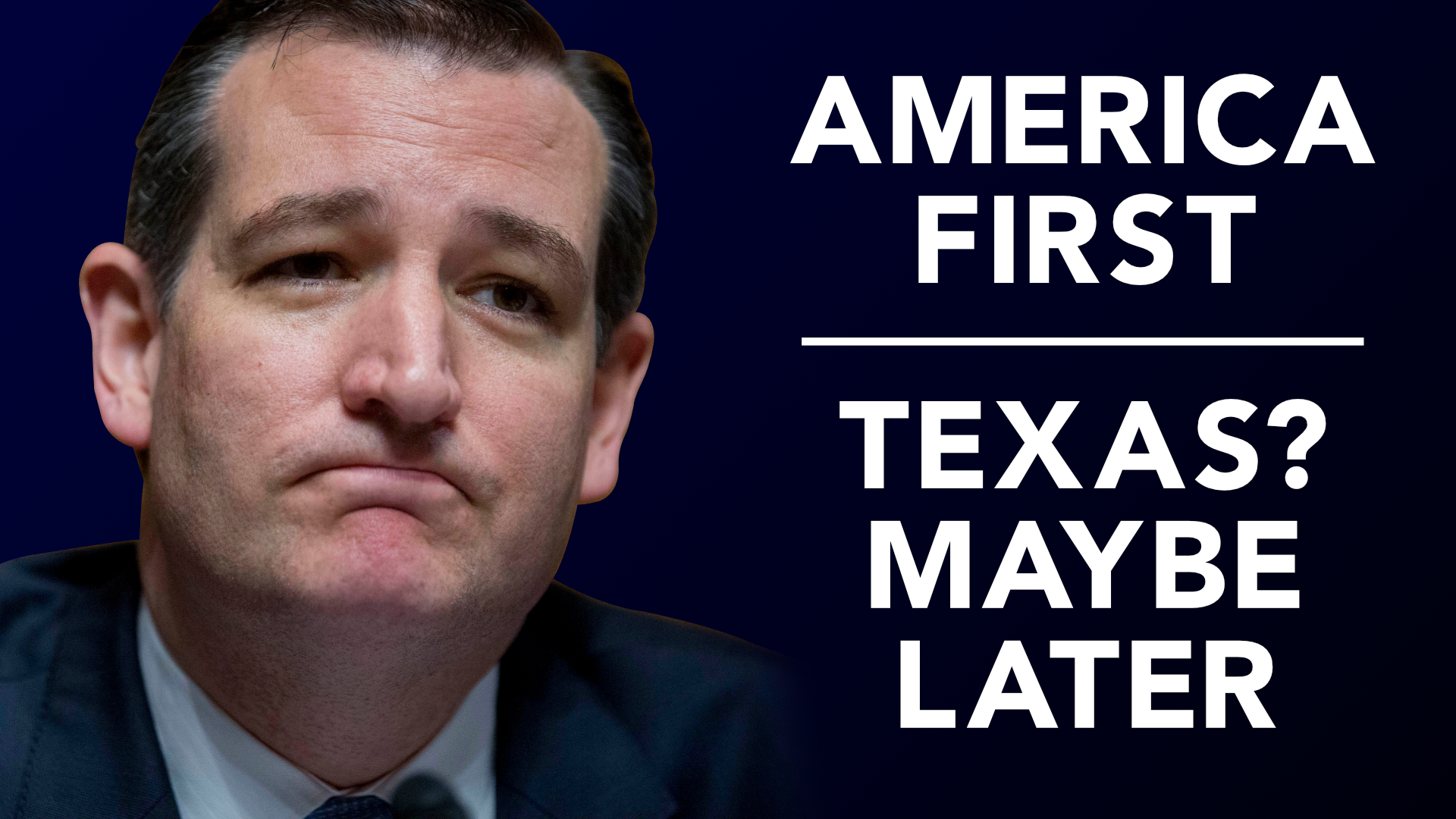 All I want to be is a Texan when I grow up.  Ted Cruz isn’t that focused: he announced his intent to run for Senate and maybe President, because he wants to “fight” for America.

Rafael “Ted” Cruz has been involved in Texas politics for a long time.  Friday he announced his intent to run for Senate in 2024, while not ruling out a run for President.  Cruz finished a strong second to Donald Trump in the 2016 primary, and won his home state of Texas with 43.8% of the vote compared to Trump’s 26.7%. Cruz was also the first in a long line of candidates to beat Beto O’Rourke for major office, taking out Robert Francis in the 2018 Senate race prior to O’Rourke not winning the Democrat Presidential nomination in 2020 nor the 2022 Texas Governor’s race.

Ted started his career in Texas politics as the Solicitor General, after law school, clerking for a Supreme Court justice, and working in the Department of Justice during the George W. Bush administration.  He argued 8 cases before the Supreme Court on Texas’ behalf.

Once in the Senate, he built a reputation early on for fighting for “conservative” principles.  While a Texan fighting for general conservatism and limited government is a good thing, imagine what he could have accomplished if he was truly fighting for Texas first?

Imagine what Texas would be like if we didn’t send our best and brightest to serve us in the DC swamp?  What if we used our talent to serve Texas first?  As I said in a former article, no matter who wins the US Senate, Texas loses.

Here at the Partisan, we talk alot about “what if there were no Federal” things, like money for healthcare, no EPA regulations, no army of bureaucrats, and so on.  But what if there were no Federal offices for Texans to aspire to? What if Texas government roles weren’t seen by politicians as just the JV team for people who want to run for President?

What if our Governor acted as the chief executive of an independent nation?  Could he negotiate a deal with Mexico, Venezuela, or the United Nations?  Could he and the legislature ACTUALLY take action to secure the border, or to have a secure and fair election?  What if we sent our ambassadors to the US not to “serve” as a tiny cog in a giant self-preserving machine, but instead sent them to protect the interests of Texas alone?

Instead, we send our officials as minions to beg at the feet of the bureaucracy.  We cede our rights to the Supreme Court of a made-up “nation,” the federation formerly known as the United States of America.  We beg for help on the border instead of securing it.  We find ourselves served by officials elected by states without secure and honest elections, where control of “our” government depends on elections in Georgia, Arizona, and the like.

Sure, perhaps we should vote for people like Ted Cruz to represent the interests of Texas, since that’s all we can do for now.  Yes, I’d rather have a Texan as US President than a New Yorker or Floridian.  But Texans shouldn’t have to settle.  We need to work together toward the day when Texas is governed by Texans, and Texans alone.  Only then will we make true progress toward Texas’ values and priorities at the government level.

In the mean time, Ted Cruz will do what he does: fuss, obstruct, posture, grandstand, and occasionally may accidentally represent Texas values. Will he get results that benefit Texas? If the last 13 years are any indication, we shouldn’t get our hopes up.