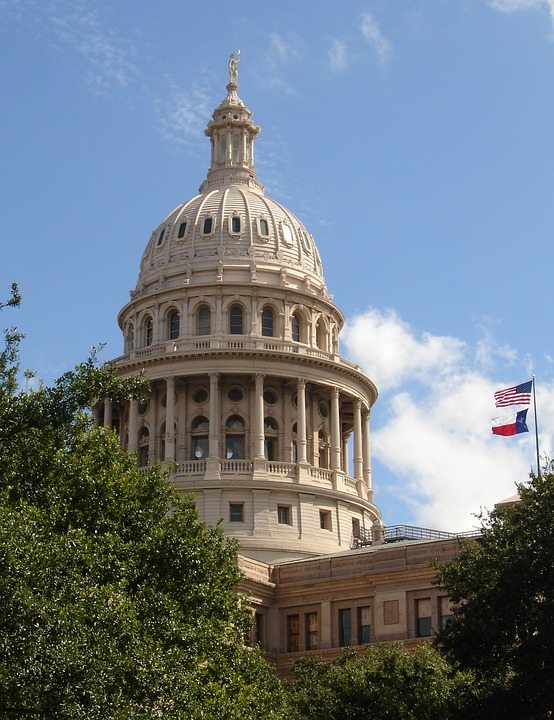 The capitol building in Austin.

TNM is making a few other endorsements of bills currently being considered from this year’s Texas legislative session.

First up is HB 375, a bill filed by State Representative Jonathan Stickland. Much like HB 1911, this bill is “yet another vehicle that can be used to untangle the Gordian Knot of byzantine and unreasonable gun restrictions in Texas,” according to Daniel Miller, President of the Texas Nationalist Movement.

There had been some confusion among supporters as to why TNM previously endorsed a similar gun bill, HB 1911, but refrained from endorsing HB 375. The answer to that is simple. Unlike 1911, whereas TNM was able to get their hands on an advanced copy of the committee version (with its various changes) for consideration, the committee version of 375 wasn’t available until yesterday. “There are times when the filed versions of bills are negotiated into something that is unrecognizable before they get to the committee. Good bills can turn bad and bad bills can become worse,” wrote Miller on the endorsement. Certainly, It’s important to know what’s in the final bill before endorsing. Now that it is known, TNM is pleased to offer their endorsement.

The next endorsement goes to House Bill 2338, the Texas Sovereignty Act. The sovereignty of Texas is at the heart of what the Texas Nationalist Movement does, so this endorsement seems a natural fit. What this bill does is provide the apparatus for doing what the US Constitution, under the 10th amendment, already provides for: nullifying unconstitutional acts of the federal government.

State Representative Cecil Bell deserves applause for crafting one of the boldest bills yet drafted in challenging the ever-expanding and unconstitutional overreach of the federal government, and in a very measured and reasonable way. The bill, if passed, would create a commission to determine and advise the legislature on whether COTUS has been violated by a federal act. If the Texas Legislature and Governor concur, the act becomes banned, carrying with it legal teeth for prosecuting anyone who would enforce such outlawed actions within Texas borders.

On the Texas Sovereignty Act, Daniel Miller said that it, “sets the stage to expose the overreach of the Federal Government and, in our opinion, creates the context under which a referendum on Texas independence becomes inevitable. This merits the support of every Texan who wants to push back against Federal overreach and supports an eventual vote on independence.”

The Texas Nationalist Movement is encouraging TNM supporters to contact their legislators and let them know that you support the passage of these bills, and also the previously endorsed HB 1911 and HB 206.