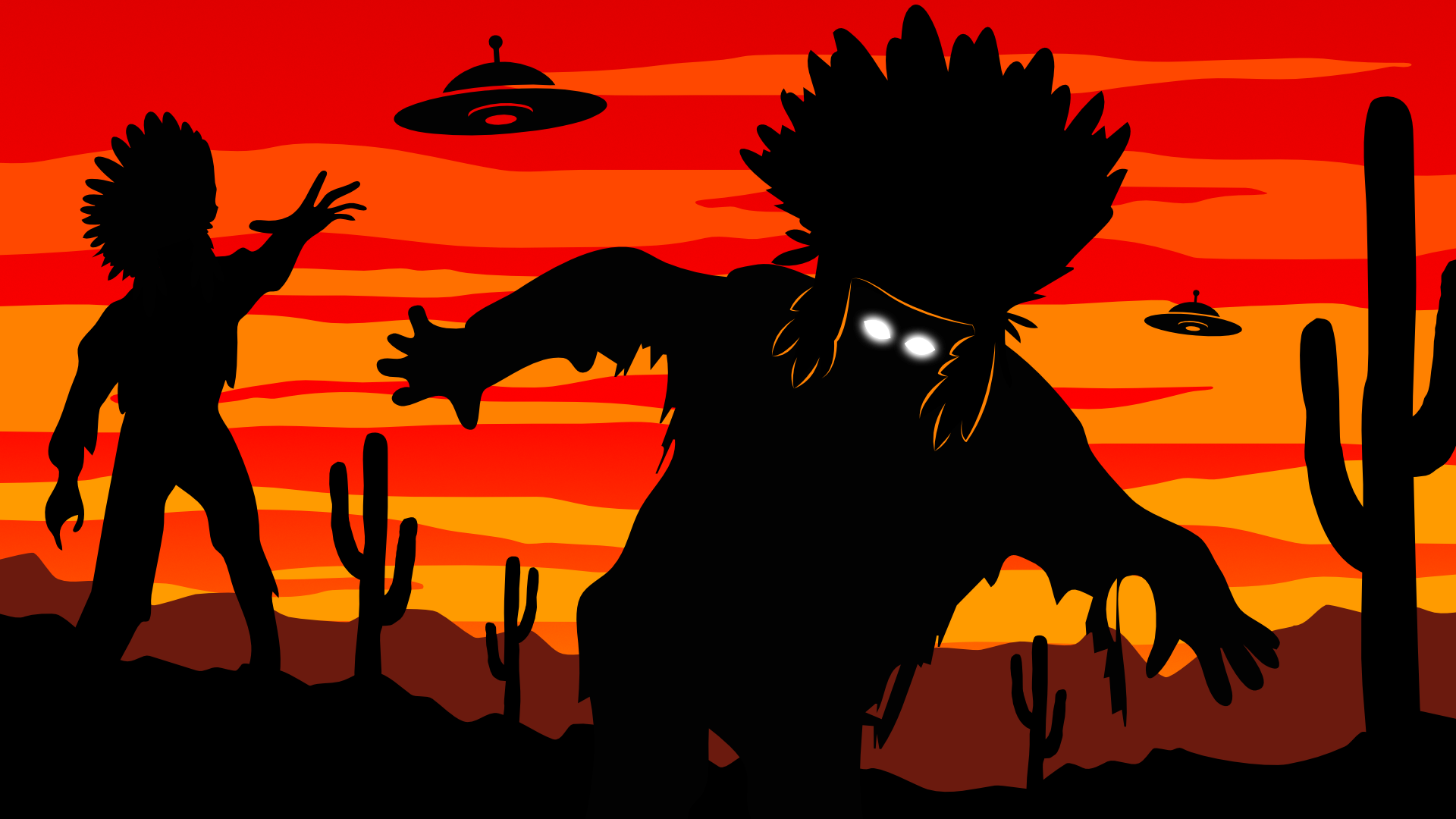 My 5 year olds were playing a good guys and bad guys game this weekend, and the bad guys were “Indian alien zombies.”  This makes about as much sense as the current rhetoric on the Texas and Mexico border. Let’s break down the words.

Everyone understands and agrees that there are a large number of people approaching or crossing the US Southern border. That’s about where the agreement stops.  Each side has its preferred labels, some of which are nearly nonsense.

Those on the political right tend to prefer “illegal alien,” which is just somebody from somewhere else who has broken the law to get here.  On the one hand, that moniker fits.  If you come in the window instead of knocking on the door, you’re probably uninvited.  On the other hand, applying “illegal alien”  indiscriminately to everyone on the border is a slight to those who are legally seeking asylum or who are legitimately trying to follow the law. The slogan on the left is that “people aren’t illegal,” and they make a decent point.  Many at the border are fleeing a bad situation looking for a better one, the same as many of our ancestors did.

Somewhere on the center right, the preferred term seems to be “migrant.”  Like a bird who goes south for the winter, a migrant is just a person moving from one place to another.  I think you could accurately describe the pioneers of the American West as “migrants.”  Is this scenario the same?  I don’t think it is, because there are defined boundaries and legal jurisdictions in play.  The borders of the world generally aren’t open, and there are rules on who can move across those borders.

Another language trick is the shift from “illegal” to “undocumented.”  This shift implies that the issue is just a matter of paperwork, not a matter of international or US law.  Maybe they’re legal, they just somehow left their papers at home?  The combination of “undocumented migrants” is preferred by the center-left.

From the left, the preferred term is “asylum seekers.”  Legally these are people who have a fear of persecution in their home country for one reason or another, and who are appealing to another country for safety.  This sounds warm, fuzzy, and humanitarian, and I kind of like it.  Should a country welcome and protect those who are in danger?  Seems kind of like we should, and the UN has designated the right to seek protection as an essential human right.

Another similar group are those called “refugees.”  A refugee is simply someone who seeks asylum from a country that is already known or designated as dangerous to a particular group.  When the US government recognizes a specific group as being persecuted in a specific country, they may designate that group in advance for asylum.  These people are referred to as refugees.  For example, the Nepali-speaking Lhotshampas from the country of Bhutan are recognized as a persecuted group and are eligible for emigration as refugees.

You know who doesn’t have recognized refugee status?  Anyone in Venezuela, Guatemala, or El Salvador, for example.  People from these countries cannot be “refugees”, but they may apply for asylum.  This group of asylum seekers seems to be a substantial portion of the traffic at the border.

There is an asylum-seeking procedure in US law.  From the leftist perspective, the legal system is bogged down and overwhelmed, and people are suffering based on the US’ inability or unwillingness to process asylum seekers. From a centrist perspective, the law is clear but the issues are complex.  There is an affirmative bias toward those who enter at a port of entry and apply for asylum.  There is a negative bias toward those who get caught having crossed the border and only apply for asylum after they’re “expedited” for removal.  From the right perspective, claiming asylum only after you’re caught looks like taking advantage of the system, especially since anyone can apply for asylum at a port of entry.  When he was Attorney General of the US, Jeff Sessions made a pretty good case that the system is being “gamed” and abused.   Further, of those who go through the process legally, only roughly 10% are granted asylum.  The point from the right is that “most of these people” only ask for asylum when caught, and “most of them” aren’t granted asylum after going through the process, so why should we bend over backwards when 90% are expected to be deported?

So what’s the current status at the border?  Freaking “Indian Alien Zombies!”  There are some who cross illegally, others who have legitimate asylum claims, and still others who are either incapable of navigating the system or are using the system to their advantage.  Nobody can tell who’s who, nobody uses terms that accurately describe the situation without political spin, and the end result is child’s play nonsense.

By ceding control of its borders to a UN asylum policy, by codifying that policy into US law, and by not revising the legal process since 1980 (yeah, 42 years ago), the US government has utterly failed to address, solve, or otherwise improve issues at the US Southern border.  While law interpretation and enforcement is the purview of the Executive Branch, allowing various executives to dramatically change enforcement policies without adequately addressing the underlying law is a clear symptom of Federal dysfunction.

When Texas is an independent country, it will be in control of its own border.  While we may eventually find ourselves as a member of the United Nations, it will be up to us to decide how our sovereign nation addresses the ‘human right’ to asylum.  While I personally hope we are hospitable and helpful and that we in many ways honor and protect those who are less fortunate and who need our help, I expect that a free Texas can have clearer laws on how to seek that help and hospitality.  When someone knocks on my door, I have the choice over whether or not to invite them in.  When they come in the window, however, I have the right to defend my home.  My nation is no different.  Even those seeking shelter from a terrible storm should first try the door, and it’s hard to argue that those who fled a storm far away have an imminent need to come in my window for shelter.  A free Texas should have clearly marked doors, and should defend the windows.  By treating everyone inside the border as having a right to be here, regardless of how they got in, the Federal government perpetuates danger and chaos.

We will be stuck dealing with Indian Alien Zombies, ridiculous nonsense child’s play, until we have a government that will adequately protect our border.  There is no chance in hell that the US government will be the one that solves the problem: they’ve already proven their incompetence.  True border security, and true hospitality or helpfulness, will not be realized until Texas has sovereignty over its own border.

In this article:asylum, Border, featured, immigration