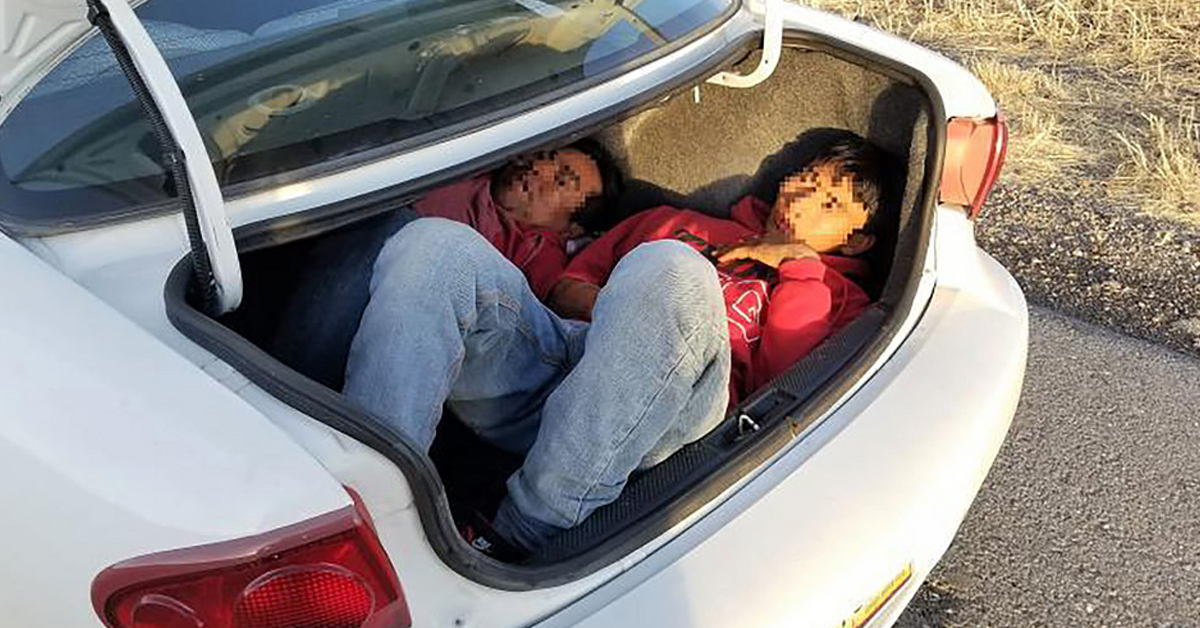 In another apparent case of human-trafficking along the Texas/Mexico border, Fox News is reporting on a truck full of illegal immigrants that was last night discovered near the airport in San Antonio.

San Antonio authorities responded to a report of a parked truck on the North-side, only to discover that 55 illegal immigrants were inside. All of the group were alive and in fairly good health due to having access to water and air-conditioning. The same, unfortunately, could not be said of another San Antonio incident in July of 2017, when 39 immigrants were discovered in a “semitrailer in the parking lot of a San Antonio Walmart.” On that occasion, ten people died.

In the politics of immigration, often the human toll of illegal entry, and the role the federal government plays in encouraging it, is not considered. Because Washington and some states make immigrants think that they will be allowed to stay if they can just get here, they take great risks, even paying for the often-hazardous services of smugglers, in order to do so. From Obama’s illegal amnesty, to federal tolerance for sanctuary cities, to judges and politicians not enforcing immigration laws, to the generous assistance offered to those in the U.S. illegally, these factors create conditions that leave would-be illegals with the false impression that their jumping to the head of the line will be tolerated, and they’re consequentially willing to chance injury and death for themselves and their children to improve their economic status. Far from being compassionate action, this makes the federal government and some Union member-states partially responsible when the immigrants die in the attempt.

Consistently, the concern over illegal immigration ranks among the top concerns of Texans. But due to the incoherent immigration policy of the U.S., nothing substantive has been done to stem the tide of illegal crossings, nor make the Union less of a magnet to illegal immigrants. Until Texas takes back its full sovereignty from a Union that has so badly managed it, developing its own immigration policies, we will continue to see many more trucks of corpses in Wal-Mart parking lots.