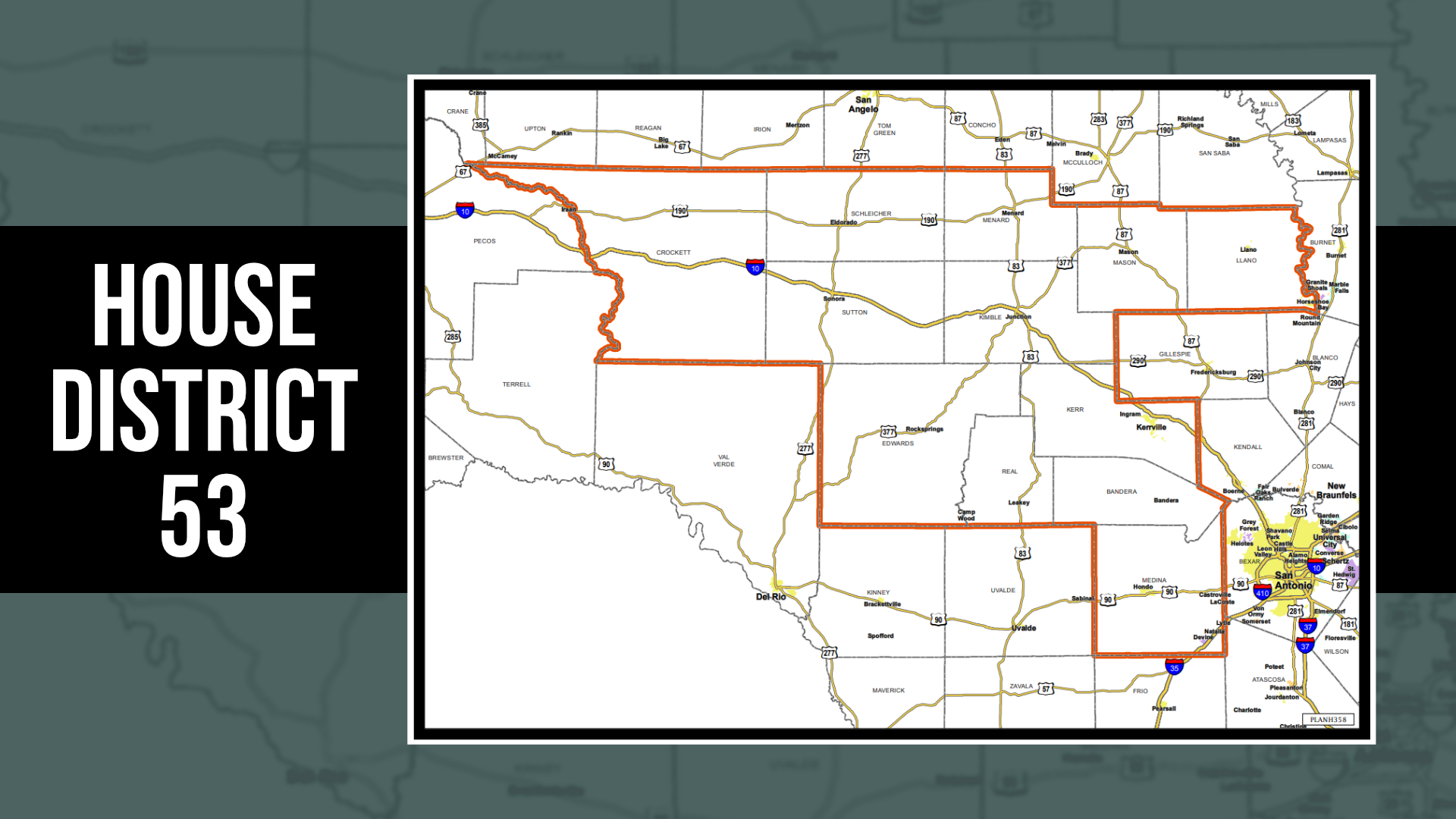 Texas House District 53 encompasses a big section of rural and small-town south Texas.  We asked state representative candidates Joe Herrera and Andrew Murr what they thought about Texas independence.  Here’s what they had to say.

If you’re a frequent reader of the Texian Partisan, you probably know that HB 1359 was filed last legislative session by Kyle Biedermann, and that the bill called for a referendum on whether to pursue Texas independence.  You probably know that the Republican Party of Texas has not one, but TWO planks on its platform calling for a referendum.  You may even know that two of the primary candidates for governor and two for lieutenant governor signed the Texas First Pledge.  If you didn’t know those things, welcome to the neighborhood.

As we close in on the November elections, we frequently reach out to candidates for their position on the issue of support for Texit.  Today we’ll highlight House District 53 that covers Crockett, Kimble, Sutton, Schleicher, Real, Mason, Menard, Medina, Edwards, Kerr, Llano, and Bandera Counties.

Candidate Joe Herrera the Democrat had this to say:

Meanwhile, Republican incumbent Andrew Murr has previously expressed support for the idea of a Texit vote, telling the Kerrville Times in 2021 “I’m supportive of the concept.”  The Partisan reached out to Murr to see if his views have evolved since the last legislative session, but he did not respond.

We’ll use a red/yellow/green rating to indicate support for Texit.  Both of these candidates rank yellow for their support of giving the people a vote on the issue.  On the one hand, it’s great that the folks of District 53 will have a representative that isn’t afraid to let the people have a voice on the issue.  Five years ago, that would have been unheard of.  On the other hand, letting the question be asked is a fair piece away from supporting a free and independent Texas.  As we work our way toward the election and the upcoming legislative session, continue to challenge your candidates and representatives to go on the record in favor of Texas sovereignty.