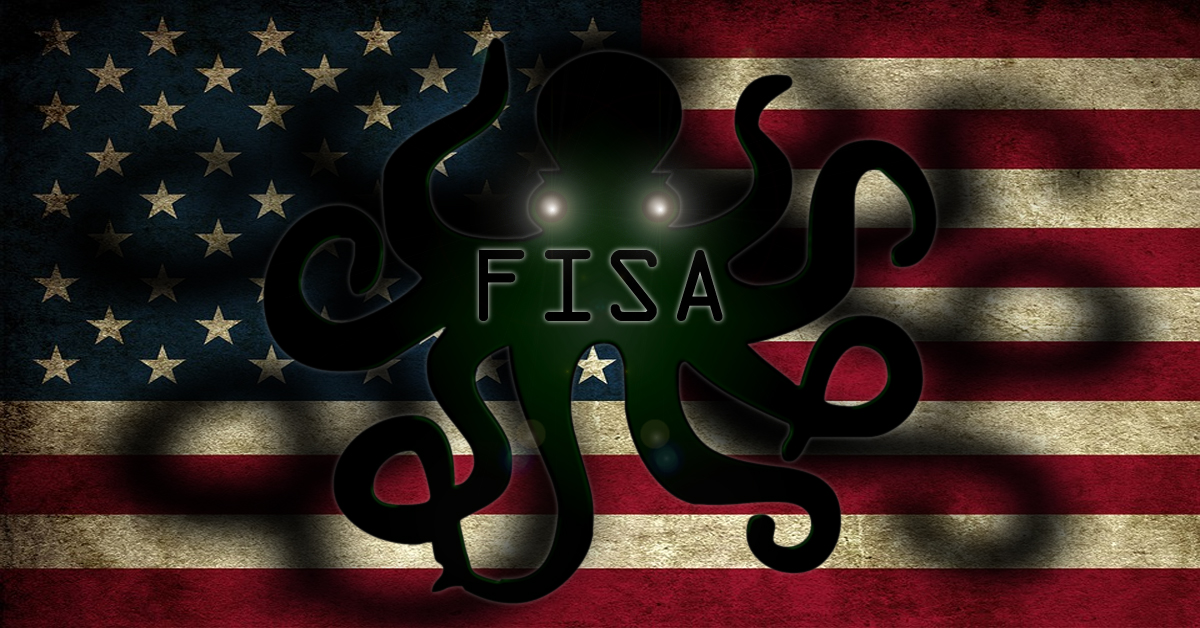 Last week, the Senate rubber-stamped the re-authorization of Section 702 of the Foreign Intelligence Surveillance Act (FISA). An overwhelming majority of 65 Senators voted to extend a program which was widely criticized by conservatives during the “Obama years.” Apparently, now that Trump is in the White House, we’re good with drop-kicking our civil liberties. 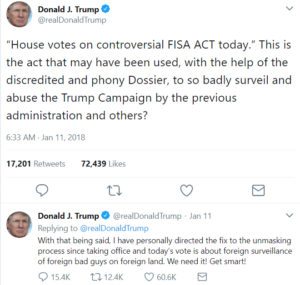 Even Trump expressed public concern over FISA, tweeting on January 11: “‘House votes on controversial FISA ACT today.’ This is the act that may have been used, with the help of the discredited and phony Dossier, to so badly surveil and abuse the Trump Campaign by the previous administration and others?” However, consistent with the pattern of this administration, Trump’s stance quickly reversed a few hours later (presumably when Trump’s aids reminded him they support this power, now), and was made official on January 14th when White House Press Secretary Sarah Huckabee Sanders reiterated Trump’s strong support for FISA, particularly Section 702.

Most striking about Trump’s turnaround is the recent revelation that the FBI and DOJ may have meddled in the 2016 election with a seeming lie of omission to the FISA court regarding a warrant on Trump’s foreign policy advisor.

Lest any of us forget, Section 702 is the section that was (and still is) used as a basis for mass collection of emails and electronic correspondence (this means your e-mails) so that some of these emails can be reviewed if a warrant is issued by the FISA court.

Let that sink in.

For years, the government of the people and for the people has been capturing every email, every text message, and most likely every phone call placed. All of these are stored on servers and, supposedly, not touched unless the FBI or NSA can obtain a warrant from a FISA court. In case you are wondering, the chance of the FISA court rejecting a request for a warrant is nearly zero: from 1979 until 2004, for instance, nearly 19,000 request for warrants were made and only 4 were rejected. It’s no wonder the FISA court has been dubbed a “parallel Supreme Court” given the vast powers it exercises in complete secrecy, which we only know about because of Edward Snowden’s disclosure in 2013.

Did Washington Republicans forget about their love of the Fourth Amendment or are they simply putting partisanship over principle (just like the Democrats)?

Seems to me, we’re being handed the same pill that Obama asked us to swallow, but apparently it’s safe now because Trump’s in charge? Don’t count on it!