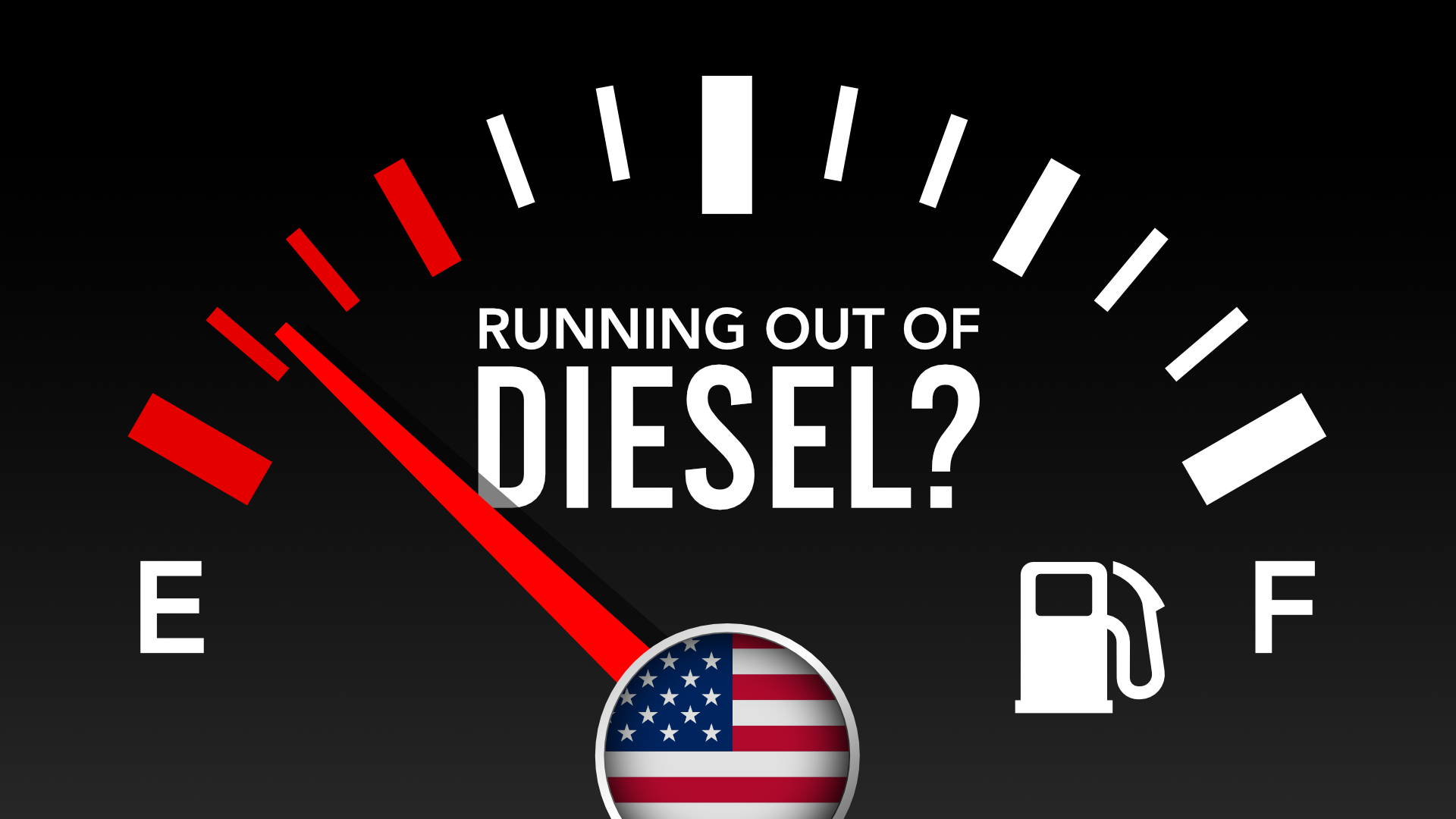 The Federal Energy Information Administration released a warning this week that the US only has a 25 day supply of diesel fuel.  With so many things running on diesel, how can this be?

There’s a global diesel shortage, made worse by Russian oil being cut off due to sanctions, and made even worse by refining capacity problems due to lingering effects of the Covid pandemic.  Although there are countries where this problem is worse and others where it’s better, the US is not immune.  The Federal Energy Information Administration announced today that the US has only a 25 day supply of diesel fuel.  Let’s break that down a bit.

Back to the manufactured manufacturing crisis at hand: diesel fuel.  How come we’re running short?

One reason for the current challenge is high demand.  Trucks are on the road now more than ever, and the transportation sector recovered ahead of other parts of the economy from the Covid difficulties.  Current usage amounts to around 128 million gallons a day, the second highest level ever recorded.  OK, so we’re using alot.  Can’t we just make more?

In addition to the demand challenges, the industry has supply challenges.  In fact, they can’t “just make more.”  Energy economist Philip Verleger, in his most recent weekly report, summed up the issue through this headline: “It’s Refining, Stupid!” Once again, this isn’t just a US issue.  There’s an almost 700,000-barrel-per-day refinery in Kuwait that is likely to begin coming online this summer, long after its initial start date; a refinery of at least 200,000 barrels per day in Oman; and a new 300,000-barrel-per-day refinery in Malaysia that opened a few years ago but has experienced explosions that have kept it offline for months. Each of these projects which are not now functioning represent challenges in supply: there’s no capacity to “just make more.”

Meanwhile alongside these global issues, the U.S. has been going through a capacity contraction that came after years of expansions. That growth in capacity came not through building new full refineries — that hasn’t happened since the 1970s — but primarily through technological advancement.  Why haven’t we been building refineries since the 1970’s?

Think about it from the “big oil” perspective.  As a refinery owner, are you willing to invest hundreds of millions of dollars in capital expenditures to extend the life of the refinery by 30 to 40 years in an environment where fossil fuel demand has plateaued and government and state policies have been enacted to reduce demand?  If the EPA won’t approve new refineries and the force of the rest of the government is pushing against fossil fuels in general, and if the cost of a refinery takes 40 years to recover, would you try and build one?  Of course not.  The US does not have the ability to increase its number of refineries for one reason: government meddling.  The demand for fuel products is clearly there.  The supply of crude is no problem either.  Are the oil companies making enough money?  They seem to be.  Where’s the bottleneck?  Permitting and regulations.  Industry insiders maintain that a permit for a new U.S. refinery would likely be impossible to obtain.

An independent Texas has oil.  A free Texas has refineries.  A sovereign Texas also has a commission dedicated to environmental regulation.  Could we throw out the Federal Department of Energy (and its redundant Energy Information Administration) and solve this problem?  Of course we could.  We can help the entire world solve this manufactured energy crisis by leaving the US behind.