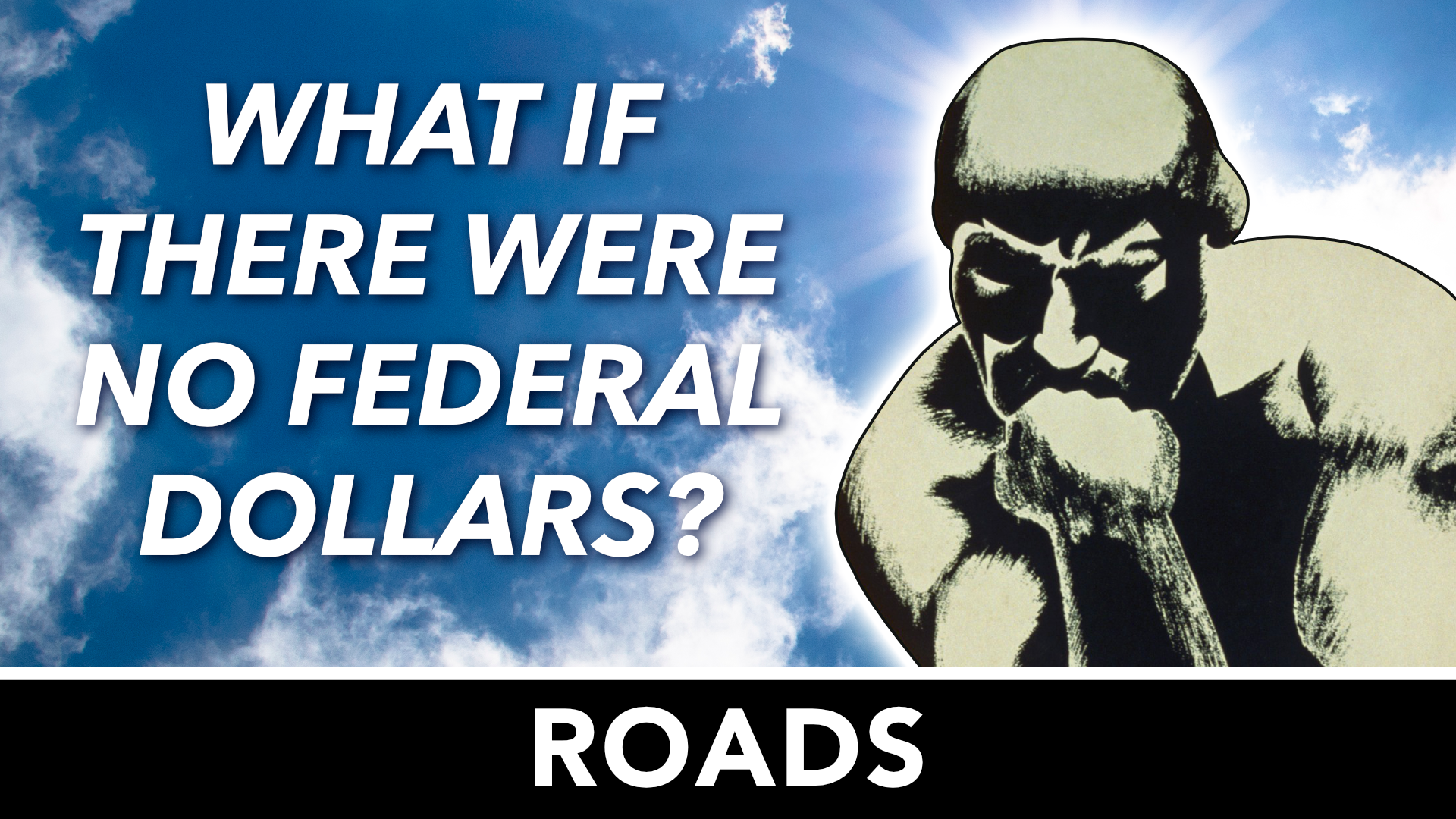 Sometimes there’s no going back.  If you think about the history of the world, there have only been cars for roughly the last 125 years.  Before that, “roads” were a different kind of issue.  Nowadays, none of us can imagine going back to a time before we had automobiles and nice roads to drive them on.  All jokes about potholes and about the constant construction on I-35 aside, the US has a fairly nice system of roads compared to many other countries.  Unlike scenarios like military spending or some social programs, the option to just cut back or not spend at all isn’t really practical.  Texas will continue to need highways.

First, let’s look at where the current Texas budget for roads comes from.  According to the state Comptroller, roughly half of Texas highway budget comes from Federal sources.  Further, multiple legislative acts and voter-approved constitutional amendments have passed in the last ten years to increase Texas’ share of highway funding.  Auto fuel taxes, auto registration fees, and general sales tax revenue all contribute to the money that Texas allocates to highways.

The Highway Department has already begun exploring new options for increasing highway funding.  In its 2016 testimony before the Texas House, TTI noted that 26 states were funding road construction projects with revenue bonds; 24 states were using general obligation bonds; and 33 had employed public-private partnerships. In addition, many states have financed projects with tools such as tax increment financing or transportation reinvestment zones, both of which use property tax growth from a specific geographic zone to pay for improvements within it.  Each of these strategies have been relatively untapped in Texas, but may provide us with some models for a post-independence Texas Highway Department.

But what about taxes?  The current Texas fuel tax is $0.20 per gallon.  Federal taxes add 18.4 cents to gas and 24.4 cents to diesel fuel.  When you break that down a bit with some logic, roughly half of the gas tax goes to the state and half to the Fed.  Given that roughly half of the Texas highway money comes from the Fed, what will happen when we go our own way?  Texas could keep the overall fuel tax the same and generate the same amount of income.  If we cut out the bureaucracy on the Federal side, we may even be able to raise more highway money just by maintaining the current “Federal” tax rate.  While we’re talking about those stats, notice that diesel is taxed at a higher rate even though it costs less to refine.  On the one hand, that tax maintains good income because of the industrial use of diesel in ground transportation and big rigs.  On the other hand, let’s not forget that it’s the Federal government’s mismanagement of diesel fuel that has the world in short supply.

Since a free Texas is likely to have lower fuel costs due to our abundance of oil and is capable of increased refining capacity once we’re out from under the permitting process of the EPA, it seems reasonable that our fuel prices could be significantly less.  In this scenario, the tax burden on top of the fuel cost becomes less of a strain to consumers.

One other angle to consider is the cost of federal involvement in infrastructure projects.  Back in 2021, the Federal government passed an infrastructure package.  Analysis at that time showed that the cost to build highways and such in the US ranks the 6th highest in the world.  Put another way, US roads are more expensive to build relative to roads in other countries.

Why is this the case?  First, all the way up to the top, the Federal government claims they need “more data” on the issue.  Instead of more data, they just throw more money.  As we’ve argued in other articles, perhaps it is the increased availability of Federal money that keeps costs rising.  As more “free” money becomes available, each local government and contractor wants a piece of the pie, and when the money seldom runs out, there’s no incentive to finish a project under budget.

Second, the US government enables several dysfunctional systems that increase costs.  Each project requires an extensive “environmental impact statement.”  Should we sacrifice an endangered cave bug for the public good?  Just figuring that out adds to the cost of the highway.  What happens when the Sierra Club sues to save the bug?  The cost of the highway goes up.  Could Texas protect the environment without allowing such litigation? Of course we could. What happens when the “Not in my back yard!” phenomenon takes over and nobody at all wants the highway in the place it ought to go?  The cost goes up.  What happens when the government drives the cost of diesel up?  The highway cost goes up.

So what would the Texas highway system look like without Federal dollars?  Since we could raise the same amount of money by simply absorbing the existing Federal fuel tax, since we could decrease fuel costs, and make regulatory changes that would significantly decrease permitting and construction costs, I think it’s safe to say that we’ll be just fine.  A free Texas may even find its highways in better shape without Federal influence.  In the mean time, Texas will keep working on itself, despite all the inconvenience, even if nobody can see the progress, just like I-35.