Among the states with active independence movements, only two were former independent republics: Texas and Vermont.  As a “Texian Partisan” reader, you know the history of the Republic of Texas, (right?) so let me introduce you to the Second Republic of Vermont. (Read Noah Smithwick’s “Fireworks for Texas Independence Day” for an overview of Texas history.) 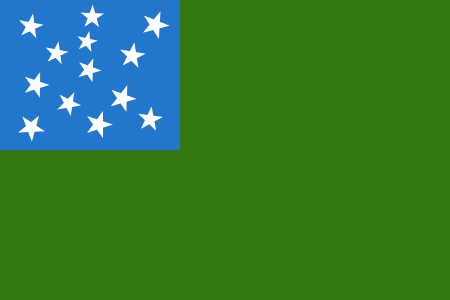 In January 1777, when Vermont was known as the New Hampshire Grants Region, it declared its independence from Quebec, New Hampshire and New York.  Fourteen years later it petitioned the United States Congress for admission to the Union.  As a “free state,” it was a counterbalance to the recent admission of Kentucky, a slave state at the time.  For the next 200+ years Vermont prospered as a state, but was increasingly burdened by the federal leviathan.  By 2003 a second independence movement was in full swing, the Second Vermont Republic.

That year Thomas H. Naylor founded the Second Vermont Republic, describing it as “a nonviolent citizens network and think tank opposed to the tyranny of Corporate America and the U.S. government and committed to the return of Vermont to its status as an independent republic, as it had been between 1777 and 1791.”[1]  As a former Duke University economics professor, Naylor believed that the United States had become an empire, effectively governed by corporations.  Prior to founding the Second Vermont Republic, Naylor had published the book Downsizing the U.S.A.[2], followed by The Vermont Manifesto[3] and Secession: How Vermont and All the Other States Can Save Themselves From the Empire.[4] Unfortunately, with Naylor’s passing in 2012, the organization Second Vermont Republic ceased to be active.  However, “The Vermont Independent” picked up the torch.

“The Vermont Independent,” published by Rob Williams, promotes the “2VR” (Second Vermont Republic), a “citizen movement committed to restoring Vermont to an independent republic, free to pursue life, liberty and happiness unimpeded by the demands of an imperial, corrupt and disintegrating United States.”[5] Describing their 2013 book Most Likely to Secede,[6] editors Ron Miller and Rob Williams write: “The 21st century United States is no longer a functioning republic, but an unreformable Empire unresponsive to the needs and concerns of its own citizens.  … the essays [in our book] call for economic re-localization and political independence for Vermont, and, in some cases, nonviolent secession of Vermont (once its own 18th century republic) from the U.S. of Empire and the peaceful dissolution of the United States as a whole.” We at the Texas Nationalist Movement couldn’t agree more!

Secession is alive and well in these United States.  We wish Vermont and “The Vermont Independent” success in achieving “2VR,” the Vermont Republic redux.

[4] Secession: How Vermont and All the Other States Can Save Themselves from the
Empire, Thomas H. Naylor, 2008, Feral House Publishing
https://www.amazon.com/Secession-Vermont-States-Themselves-Empire/dp/1932595309

About Andrew Piziali 36 Articles
Andrew Piziali is a retired design verification engineer with a passion for Jesus Christ and liberty. He is a former member of the Collin County chapter of the Texas Nationalist Movement, now writing as an expat from Prescott, Arizona.