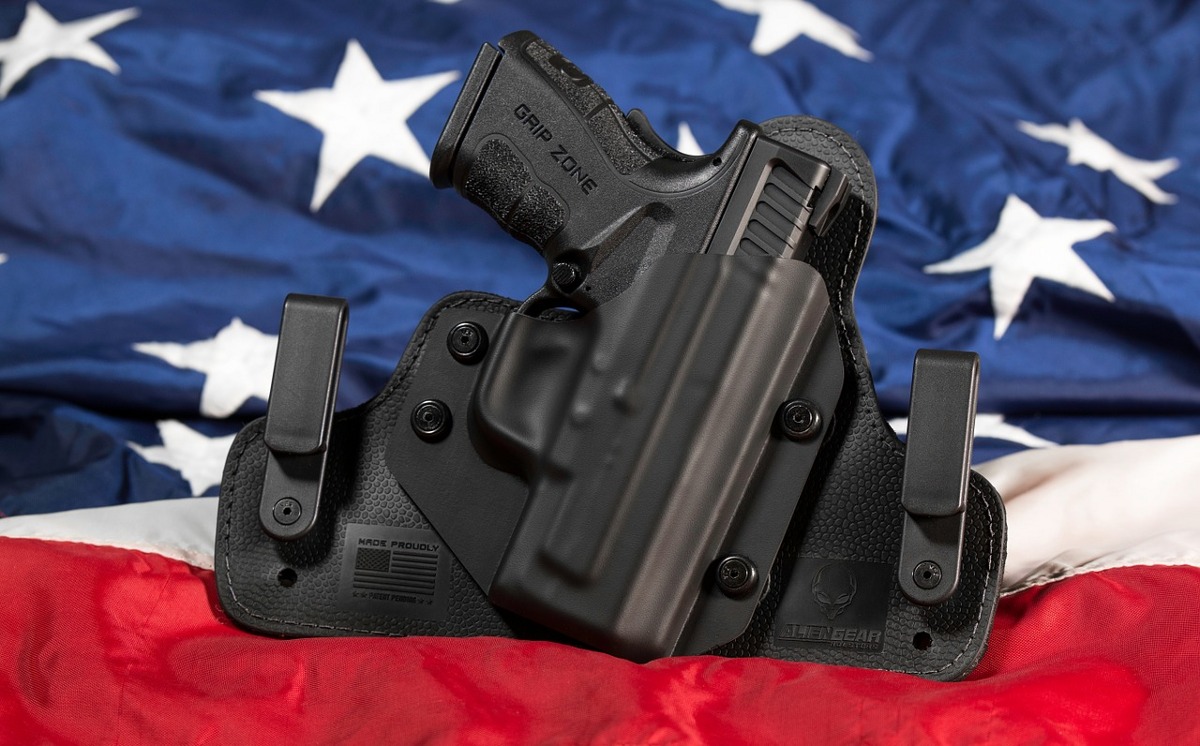 Last week the House Calendars Committee killed any chance of passing legislation allowing for the unlicensed carrying of a handgun in Texas, for now. This is the second legislative session in which this effort failed. On May 17, I spoke with Texas Carry founder and Executive Director Terry Holcomb for the inside scoop on what happened, in the Texian Partisan‘s ongoing postmortem on the 2017 legislative session.

Terry Holcomb is married to Gina, the father of seven children, and a grandfather of eight! Since 2013 he has been known as the “open carry preacher” because he has been on a mission to bring the laws governing handguns into compliance with those governing long guns (ex. rifles and shotguns). He is also a pastor at Crossroads Baptist Church in Oakhurst. While Texans have retained the freedom to openly carry long guns since our national independence, in 1870 that right in regards to handguns was lost during Union Reconstruction. One justification was to disarm recently freed slaves. TSRA Legislative Director Alice Tripp concisely reviewed our “Loss of Gun Rights” in Texas in an article with that title in the March/April 2017 issue of “TSRA Sportsman.”

Although there were a number of Second Amendment bills filed this session, two were specifically aimed at unlicensed carry: HB 375 and HB 1911. Rep. Jonathan Stickland (HD 92) filed HB 375, the Texas Constitutional Carry Act of 2017, with three other authors and 14 co-authors. Although this bill would have eliminated all licensing requirements to carry a handgun, either open or concealed, according to Holcomb it would not have restored constitutional carry. This is because the Texas Constitution grants the legislature the power to regulate firearms. The full text of Article 1, Section 23 states:

Every citizen shall have the right to keep and bear arms in the lawful defense of himself or the State; but the Legislature shall have power, by law, to regulate the wearing of arms, with a view to prevent crime.

Hence, restoring constitutional carry in Texas requires a constitutional amendment to remove this regulatory power from the legislature. Moreover, Holcomb went so far as to characterize HB 375 as “DOA.” He believes Rep. Stickland’s purpose is to “burn the house down,” pointing at the dearth of legislation he passed this session and the last session.

Holcomb wrote the other unlicensed carry bill filed this session, HB 1911. A cleverly numbered bill alluding to the ubiquitous .45 ACP semi-automatic handgun, HB 1911 is untitled but opens with the description:

An Act relating to granting authority to carry a firearm to an unlicensed person who otherwise meets certain requirements for a handgun license and to related criminal offenses; creating a criminal offense.

Rep. James White (HD 19) filed this bill, along with four other authors, and 26 co-authors. Written with a vision to bring licensed and unlicensed carry of handguns into an equal footing with long guns, the bill had to address the complexity of Texas gun laws, which cut across many statutory codes. Holcomb and White also worked with many stakeholders, such as the Texas State Rifle Association and various law enforcement associations, to build consensus around the bill.

Unfortunately, when Rep. White introduced the bill this session it differed substantially from the original written by Holcomb. The Texas Legislative Council had taken a number of liberties with the language, creating problems with satisfying all parties. Fortunately, during the Homeland Security and Public Safety Committee hearings, the committee introduced amendments that brought the bill text back into alignment with its original text, bringing handgun licensing into compliance with that of long guns. Holcomb had come closer than ever before in achieving his objective.

Holcomb then convinced House Speaker Rep. Joe Straus to bring HB 375 and HB 1911 to the floor for a hearing. Yet, out of the blue on the Sunday before the scheduled Tuesday hearing, Holcomb received a call from Rep. Phil King, chairman of the House Committee on Homeland Security & Public Safety, asking to add a handgun eligibility criteria amendment to HB 1911. These criteria include (1) a person must be 21 years of age, (2) have no felony convictions, (3) not be a member of a street gang and (4) be able to lawfully purchase and own a handgun. Holcomb was fine with these because, if members wanted, they could strip these out during floor debate. In fact, Rep. King said he would support removing this eligibility amendment on the floor.

In the end, HB 1911 died in the House Calendars Committee, the clock having run out. Yet, the ground has been set for round three. With 31 signatures on HB 1911, it had gained broad support. According to Holcomb, the Speaker was behind this bill and is expected to be so next session also. The problem next session will be the Senate because 19 senators need to support their bill. Two or three could be lured into opposing it. Another persistent challenge is that Texas police associations align themselves with anti-gun legislators. Will the rank-and-file GOP stand behind these associations while they aim to disarm them?

Where to From Here?

Our founders knew that an armed populace was the final bulwark against tyranny. Several of the original 13 states refused to ratify the proposed United States Constitution unless it contained a Bill of Rights. These were to remind the government being constituted by the states that none of the enumerated powers granted in the Constitution could be used to violate specific rights of the people. The right to “keep and bear arms” is recorded in the Second Amendment: “A well regulated militia, being necessary to the security of a free state, the right of the people to keep and bear arms, shall not be infringed.” Catch the last clause? “Shall not be infringed.”

A period dictionary, Samuel Johnson’s 3rd edition of Dictionary of the English Language Language (1783), defines “infringe” as “to violate” or “to hinder.” This was the meaning of “infringe” intended by our founders. Hence, all federal gun laws that violate or hinder “the right the people to keep and bear arms” are unlawful, i.e. they violate the Constitution. The incorporation doctrine, which uses the equal protection clause of the 14th Amendment, subjects state laws to the same Second Amendment restriction. This means that all Texas laws that violate or hinder keeping and carrying arms are also unlawful.

If Texans are to restore their God-given right to armed self-defense, we need to actively engage our state senators and representatives during the session interim. Convince each of them that the Second Amendment means what it says: The right to keep and bear arms shall not be infringed. Period.