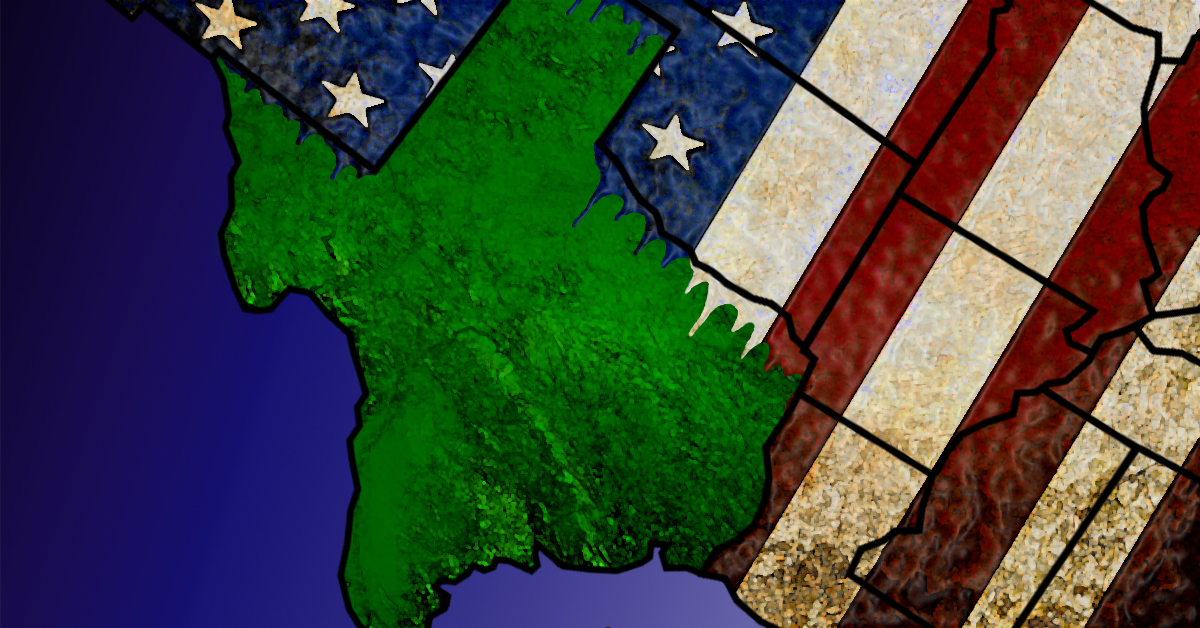 Last year, we brought you the story of how the federal government was engaged in a land grab on the Oklahoma border. Now, over the next series of articles and interviews, we’re going to bring you up to speed on what’s occurred since then.

For our first article, I had the pleasure to speak with Robert Henneke, the Litigation Director for the Center of the American Future at the Texas Public Policy Foundation. He serves as lead counsel for the plaintiffs (land-owners and counties) in the lawsuit concerning the Texas land that was appropriated by the federal government.

Henneke:            The issue began in early 2009 when the Bureau of Land Management conducted surveys along the Red River, eventually affixing federal markers, publishing surveys in the federal register, and later publishing maps claiming that the federal managed territory in Oklahoma overlapped into Texas, and that approximately 90,000 acres along 116 miles of the Red River in Wichita, Wilbarger, and Clay counties was claimed as federal lands.

Thorson:              Could you speak to the legal matter of the Red River being the treaty recognized boundary

Henneke:            Since the Louisiana purchase, the historical, political, and jurisdictional boundary area has always been recognized as the south bank of the Red River, up until when Texas won its independence. And that treaty [of the Louisiana purchase], the south bank of the Red River was [still] the political and jurisdictional boundary. And when Texas was admitted into the Union, the same boundary was maintained. Now, what was actually meant by the south bank of the Red River was not ever really fleshed-out until the discovery of oil and natural gas in the region in the early 1920s, and that led to a U.S. Supreme Court opinion that the south bank of the Red River was the boundary between Texas, private property, and [the] state line and Oklahoma and federal lands up to the North. And in that opinion, the court reaffirmed that this boundary was one that followed the meandering of the river as it changed in location do to the natural process of erosion and accretion. Now, what’s happened since the 1920s is that because of the dynamic nature of [the geology] of the region, the Red River, in many places, has moved up to nearly two miles north of where it was located in the 1920s. Despite the clear language of the Supreme Court’s opinion, [that the boundary] is one that follows the river as it moves due to erosion and accretion, essentially what the government did with their survey work in 2009 was to claim federal land back to where the river boundary was in the 1920s and affix markers that are in some places a mile to two miles inside of Texas. For several years, my clients attempted to resolve this themselves by attempting to negotiate with the federal government [and] were unsuccessful. And so, in 2015, our litigation center accepted their representation and filed a lawsuit against the Department of the Interior and the bureau of land management to quiet title to my clients’ properties and to also resolve the boundary dispute, to affirm not just the issue of the Texas boundary but the private property rights along the area.

Thorson:              Did the Bureau of Land Management work with Texas authorities in establishing this new boundary?

Henneke:            No. There was not any cooperation with the State leadership here. In fact, there’s been great unity in a coalition of the Texas General Land Office, our Attorney General, our [U.S.] Senators, the Governor, all in opposition to this [federal] government action. Essentially, BLM surveyors got access to our clients’ properties under false pretenses and without permission, [they] came out and that’s when these federal markers were affixed identifying the area as federal lands, but also identifying the boundary a mile to two miles inside from the river as being the state boundary line.

Henneke:            We have fully briefed our summary judgement motions. We are asking the federal district judge of Wichita Falls to decide the case in our favor based on the law, because we do not believe that the facts are in dispute. That’s currently pending before the court, and if we don’t have a resolution of that, we are presently set for trial, sometime in the window between the last week of September and roughly the third week in October, that four-week period.

Henneke:            Mac Thornberry, who’s the [U.S.] Congressman for the area, and both Texas Senators have had legislation that would basically give authority to the land offices of Texas and Oklahoma to come in and do a correct survey, using the methodology set forth by the Supreme Court in the Oklahoma v. Texas cases. What would that correct survey be? One that would establish the boundaries for private property. It was the last Congress, I think it was last year in 2015, 2016, chairman Thornberry’s bill did pass the House, but it was a veto threat under the past administration that stalled [it] out into the Senate. But this new Congress, Chairman Thornberry has come back, he’s refiled the bill, he’s already passed it out of the House, and in my understanding, it’s set for a committee hearing in the Senate on Wednesday. The problem that remains with the legislation in D.C. is the filibuster rule. There’s been opposition from the Democrats because this has been perceived as taking land away from the federal government. Previously, the 60-vote cloture rule has been an impediment to this bill moving forward. And I don’t believe that’s changed.

Thorson:              If this goes to trial, and you win, will it be over then or is the federal government likely to continue this?

Henneke:            I guess they could appeal as well, when we win this case. But, our goal is that we’ll have a dispositive outcome at the trial court that will affirm our clients’ property rights, that will affirm that the Bureau of Land Management has been wrong this entire time, and will settle this dispute.”

Thorson:              This is a problem that has existed under two other presidents. We now have a new president that could, if he wished, drop the federal claim to these lands. He has not. Can you speak to that?

Henneke:            I don’t know to what extent the senior level leadership of the administration is engaged in this. That’s been one of the ongoing, overall policy problems that this case has highlighted, that our federal government has grown so large. The federal government owns approximately 628 million acres of land within the United States. So, the 90,000 acres of land along the Red River in Texas is hardly in their scope, a rounding error. To their credit, under the new administration, the Department of Justice and Bureau of Land Management came in a couple of months ago and filed a notice with the court that they were suspending the surveys that were the subject of this lawsuit. Although, their suspension fell short of just withdrawing or cancelling them. I think one of the things, and you mentioned that this spans across several administrations, is the ongoing problem and the threat to liberty of the administrative state: the incredible bureaucracies and thousands and thousands and thousands of federal workers that are making decisions that hurt ordinary Americans, without those decisions ever being approved by Congress, or an elected official, or a senior-type [official]. I think we’ve seen the influence of the new administration in the fact that the surveys were suspended, and that political pressure has worked, but I think that this continues more of just the opposition from the entrenched un-elected bureaucrats rather than necessarily any specific decision-making being made at the top, so to speak.

Next time, we will speak with surveyor, expert on the Red River issue, and candidate for General Land Office Commissioner, Davey Edwards.

For more information regarding this case, please follow the link to the Texas Public Policy Foundation’s section on the Red river case, here.