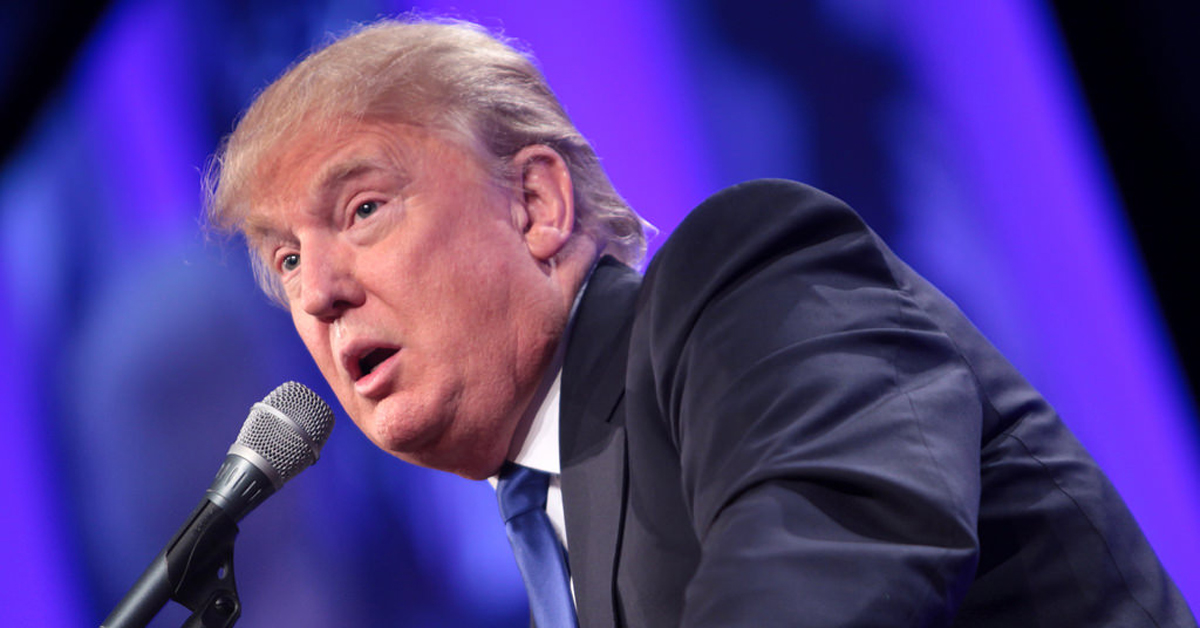 In a recent idle moment on Twitter, I came across a painting of Donald Trump. The image was of a sad-faced President cradling a tattered American flag in a football stadium, and it bore the caption, “The President Who Took Back America!” Now, I understand that Donald Trump is beloved by a great many people, and with midterms tomorrow, such imagery is put out with the idea of motivating supporters to show up at the polls, but really, how accurate is that statement? Certainly, there’s been a lot of good news under Trump’s watch: unemployment is down, the economy is growing, and there seems to have been gains in foreign policy as well. Even a few critics of the president have had to admit that a lot of things are working-out pretty well. However, as tempting as it is to believe that happy days are here again, it’s important to think beyond the propaganda and rationally examine the claim. Though quantifying that kind of political hyperbole is a bit like nailing-down Jell-O, if you define taking back America as providing the lasting systemic reform needed to keep this whole America-thing going, I think you’ll find that America is in a sorrier spot than many would like to think about, and Texas had better take note.

When evaluating the President, it’s important to point out that Trump’s legislative victories have been limited, despite the benefit of unified GOP government. While enjoying a few small coups such as tax cuts, getting more conservative justices on the bench, and the repeal of the most egregious element of Obamacare (the infamous mandate), Trump has found difficulty in working with congress. As unofficial cat-herder, Trump hasn’t had a great deal more success than other presidents. Additionally, most GOP-passed bills have been deeply compromised. The last omnibus budget bill, for instance, funded nearly all Democrat priorities (like Planned Parenthood) and continued the tradition of adding trillions to the debt. Funding for anything near required for GOP imports (such as Trump’s long promised border wall) was non-existent and, if the Democrats take even one house tomorrow, likely never to materialize. Also missing are any meaningful reforms to constitutionally re-balance power between the three branches and between Washington and the states. And while it’s intriguing to imagine what things would’ve been liked if the GOP governed to implement an agenda rather than focusing on the restrained politics of holding onto power, it’s yet hard to imagine that enough of the political will needed to turn America around even exists in Washington.

Do to the stagnant situation with Congress, the Trump administration has largely operated through executive orders. A lot of these actions have been well-intended, but the use of executive orders often strays into (at best) constitutional grey-areas. Additionally, as was the case with the Obama administration before it, the bulk of such EOs can be undone virtually overnight with a new president. Without Trump ensconced in the White House (and he can’t be there forever), his achievements are as impermanent as writing in sand, gone with the next blue wave.

Above all, there is one problem that everybody seems content to ignore: the federal debt. Right now, the accumulated debt of Washington is approaching $22 trillion, with $210 trillion to be added in unfunded mandates. And as DC political power is based on promising to spend more and more, don’t expect this to stop. They would rather cut their own throats than cut spending, as their political careers wouldn’t last if they actually did what was necessary for the restoration and survival of the Union, the imminent fiscal collapse of the economy due to our over-spending notwithstanding.

An Awara Accounting Study done on the US economy in 2018 actually found that, due to the deficit spending of the federal government, “it is clear that the present US economic system will not survive over the coming 5 to 10 years.”

Following these cataclysmic adjustments, the US would lose its economic hegemony and hegemonic military power. This would give a per capita GDP of just above $30 thousand, almost on par with Russia’s present $28 thousand per capita.

Five to ten years! That’s all the US has left! And has this looming menace been treated as the existential calamity that it is? Definitively, no! If Trump made significant gains on this issue alone, you could more honestly talk about him taking back America. Unfortunately, Trump, the GOP, and the Democrats have decided to spend zero political capital on this, perhaps the greatest crisis facing the Union in our 242-year history.

I don’t mean to rain on anyone’s political parade the day before midterms, and I’m not saying that people should not go out and vote. Certainly, some of the successes of Trump have been enjoyable to watch, ephemeral as they are. However, Trump is ultimately a Band-Aid when the Union needs a tourniquet; Trump represents a reprieve in execution, not a pardon. And even if the GOP manages to hold onto all three branches after tomorrow, nothing substantive is likely to change.

Nevertheless, Texas can use this time under Trump to prepare for what we must do when he goes. We must ready ourselves to run our own affairs. We must make Texas great again, reclaiming all of the ill-used sovereignty we invested in Washington and seize our own destiny as Texans, just as our Texian fore-fathers did. We no longer have any choice, for this is certain: if we continue as we have, focusing on a federal solution when none is likely to come, then the only consolation we will have is that we all went down together. Whatever the rest of the Union decides for itself, Texas can do better. We may not be able to take back America, but we can take back Texas.