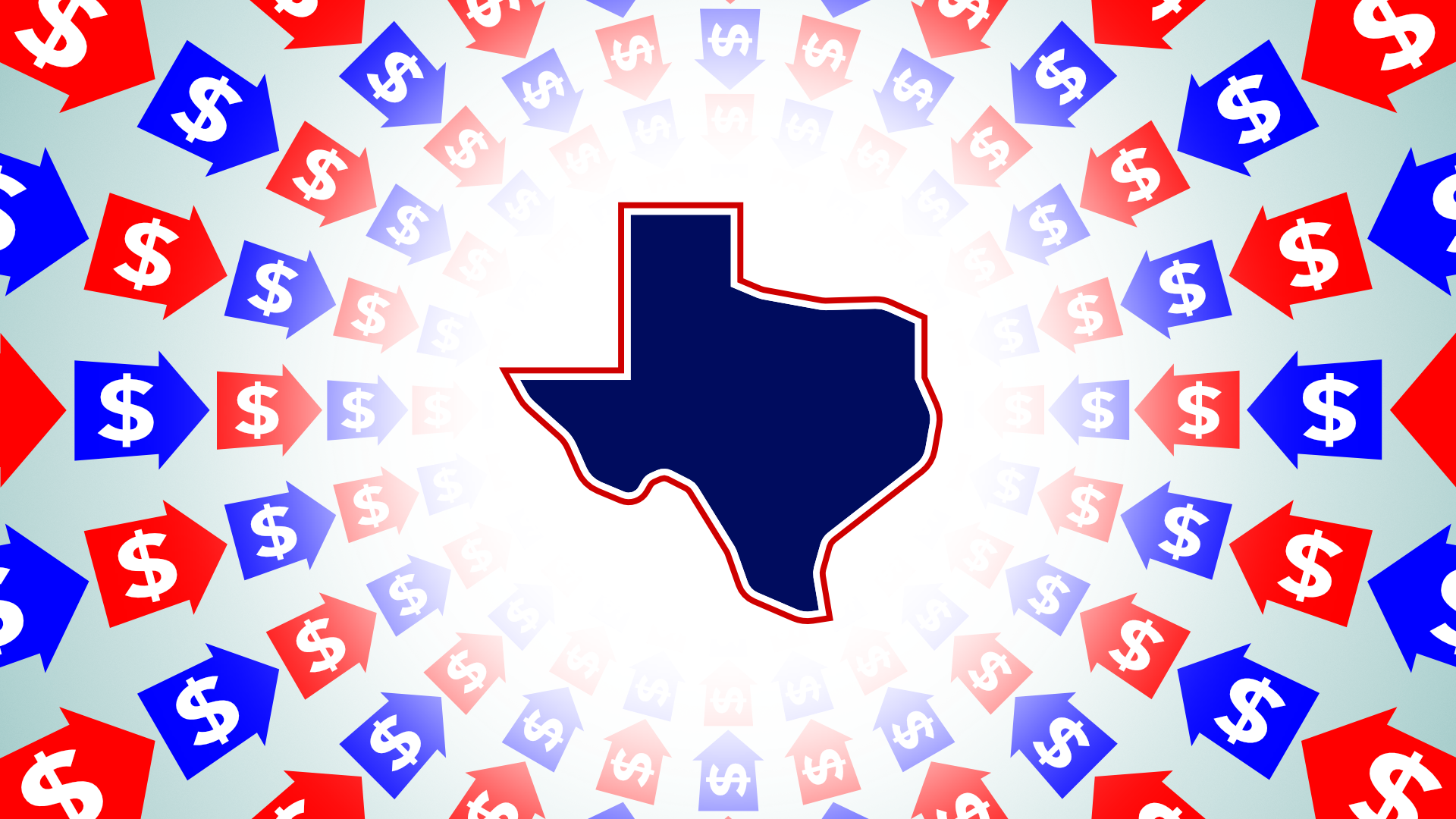 Republican gubernatorial incumbent Greg Abbott is seeking his third term in office; Democrat Robert “Beto” O’Rourke is challenging him for the Texas governor’s seat. With a little over one month remaining until election day, both candidates have been the beneficiaries of out-of-state fundraisers and donations—totaling millions of dollars—thus begging the question: Is it proper for Texas politicians to accept money from sources outside of the state?

The U.S. Supreme Court has defined political contributions and expenditures as integral to free speech and participation in democratic self-government; yet the Federal Election Commission forbids certain groups (e.g., foreign nationals, corporations, labor organizations, federal government contractors) from contributing, donating, or spending funds in connection with any federal, state, or local election in the U.S.  We intuitively understand that we don’t want Russian citizens contributing to our local mayor’s race, and that we wouldn’t be welcome to contribute to a candidate for prime minister in Sweden.  “Foreign influence” in elections is universally frowned upon.

Even with this universal disdain for outside influence, federal courts have invalidated bans on cross-border contributions as inconsistent with the First Amendment and undermining American federalism. Apart from Alaska and Hawaii, no state limits out-of-state expenditures for politicians, and no law exists prohibiting a U.S. citizen from contributing to any candidate for political office—either within or outside of the individual’s residence and/or regional jurisdiction.  The US Federal system enables election interference between states under the guise of “free speech.”

For states to serve as counterweights to the overreaching, behemoth federal government, they must be irrevocably different from the centralized government. When state elections are influenced and shaped by individuals from across the nation, a significant separation from the tenuous federal approach to freedom and autonomy cannot be realized. Political participation ought to be restricted to state residents to distinguish states from the federal government and from one another.

California has Been Good to Both Abbott and O’Rourke

Since winning a second term, one of Abbott’s top donors has been California billionaire, Edward Roski Jr., a part-owner of the Los Angeles Lakers basketball team. Additionally, the Texas governor has been a guest-speaker of the Lincoln Club in Orange County, attending a fundraiser where donors paid up to $25,000 to support his re-election.

Last week, another private fundraiser for O’Rourke was held in New York City at the home of actress and actor, Sarah Jessica Parker and Matthew Broderick. Guests paid either $5,000 or $10,000 for a ticket to the event. Additionally, celebrities Gwyneth Paltrow, Jimmy Kimmel and Meg Ryan have donated to O’Rourke’s election efforts.

Campaign fundraising reports filed with the Texas Ethics Commission from between Nov. 15, 2021, and June 30, 2022 show 83% of donations to Abbott have come from within Texas (17% out-of-state). Conversely, only 60% of O’Rourke’s donations originated in-state (40% out-of-state). Notably, O’Rourke has received a $1 million endorsement from liberal billionaire, George Soros.

Despite the bi-partisan nature of out-of-state campaign contributions, it is clear that Democrats are the foremost recipients of such influences and donations. A big reason: Political Action groups such as Swing Left, ActBlue, and The Lincoln Project have set their sights on Texas as a potential place to gain Democratic ground. At the federal level, some are convinced they can turn Texas “purple” or into a so-called “swing state.”

Republican out-of-state donors, while not as widespread as Democrat donors, tend to support industries such as energy, finance, and health and donate accordingly.

Online fundraising on social media and text messages that solicit donations have simplified the process for voters to donate to political campaigns—regardless of geography.

Transparency dictates most voters want to know who is funding a candidate and what underlying motivations and interests are behind the person who wants to represent them. Ultimately, money and policy are intrinsically tied.

In recent years the phrase political grifter has made its way into the American electoral vernacular. While the term differs somewhat across contexts, most agree such an office-seeker (and holder) is willing to sacrifice his beliefs in exchange for power or funding.

A political grifter, it is said, betrays—for political expediency and influence—those who placed him in office.

These politicians tell voters what they want to hear, yet forego their promises once elected. A common practice is to champion one or two causes to the population at-large, as is the case with O’Rourke on the issues of civilian disarmament and abortion. By pushing liberal hot-button issues to celebrities and wealthy donors outside of Texas, O’Rourke has gained financial backing from people who will neither vote for him nor be directly affected by his [potential] governance.

Many Texas government officials treat elected office like tryouts for the federal government. Oftentimes policy decisions and the directions of the political debate are dictated by how much of an audience a candidate or politician will receive outside of Texas. Being known in a larger market is seen as a stepping-stone for acquiring a position at the federal level.  Texas deserves better than junior-varsity politicians who are trying to make it to the big-time somewhere else.  The ability for candidates to raise money in other states exacerbates this problem.

Until Texas is free, we deserve elected officials who put the interests of Texans first.  One way potential candidates indicate willingness to stay focused on Texas is by signing the Texas First Pledge.  The Texas Nationalist Movement believes Texas is as good as it gets for any politician. There should be no tryouts for elected positions beyond the borders of Texas. Make it good here, or get thrown out. No one should lead the people of Texas or decide on our governance but those who have Texans’ best interests in mind.  Until the day we are free of the influence of outside money, the day we are focused on the interests of a free and independent Texas, the day when our politicians serve us alone without aspiring to be officials some place else, we owe it to ourselves to vote for candidates who will put Texas first.