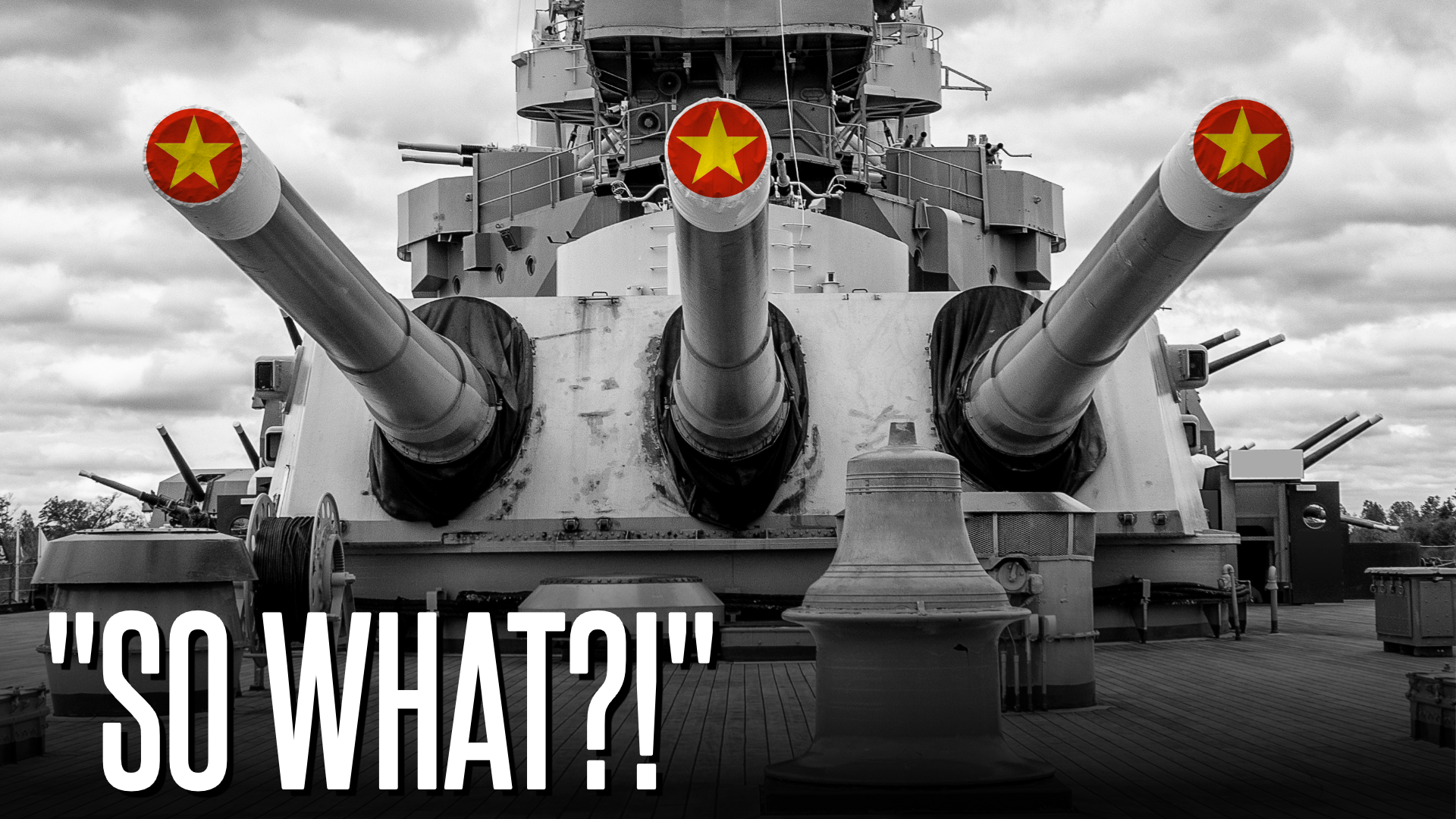 This week a warship from China sailed by Guam, reportedly to warn the US not to get too cozy with Taiwan.  Texas suggests that our tax dollars don’t care to be spent that way.

The Taiwan/China/US love triangle stays interesting.  In general, the US is for Taiwan and against China.  Taiwan is against China, and therefore by proxy for the US.  China pretty well hates everyone except maybe Russia.  Every once in a while, one of the various countries will engage in a bit of flexing, chest pounding, or saber rattling.

This week’s news included a report that Japan confirmed that a Chinese aircraft carrier sailed by the US territory of Guam, in a ‘clear warning’ from Beijing to the US not to interfere with Taiwan.  The way I read that, there are five countries involved, none of which is Texas.

Chinese state news framed the deployment as an overt provocation to the U.S. and a warning against continuing behavior this year that has outraged Beijing. The operation “showed that the Chinese carrier is ready to defend the country against potential US attacks launched from there, including military interference attempts over the Taiwan question,” according to an article from the English-language Global Times, citing Chinese analysts.

Tensions between the Chinese and their US-favored neighbors in Hong Kong and Taiwan have festered all year.  The US continues to dance as close as it can to the two countries without overtly angering china.

One of the arguments people make against Texas sovereignty is, “what about the military?”

First, we have a military already, albeit a small one.  Second, with our GDP, we could afford a reasonable and even substantial military.  Third, there’s no rule that says a free Texas has to take the same interventionist stance in the world that the US has.  In fact, a time of isolationism and self-protection would do an independent Texas some good.  What kind of new kid on the block jumps in talking about how strong and mean he is?  Only a bad, foolish kid. Texas as a country is much more likely to start off slow and observe to learn how it fits in the global economic and defense mix.  Finally, who would want to invade Texas in a military way?  Given the proximity to the US, do you think Russia or China or some other world power is going to make a move against us?  Foolishness!  While I’d hope our military could be involved in securing our southern border, and perhaps the northern one as well, there’s no immediate need to have a world-class military on day one of independence.

So when I see that Japan said that China sailed by Guam to piss off the US because of Taiwan and Hong Kong, as a Texan, that generates a “meh.”  The US having tentacles and ties to so many other places, to the neglect of our own borders, is another symptom of its ineffectiveness.  The US military budget is a nation-killer by itself, unsustainable. A free and independent Texas doesn’t have to take an activist military strategy, we won’t have to spend billions upon billions, and we don’t have to get grumpy about who sails where on the other side of the world.

Neither will we have to be fully isolationist, although it will be tempting to bring all our folks and guns home and line them up on the borders with the guns pointing out.  Texas can and will find its own place in the world, within a few short years after independence.  We can tell Japan to tell China to tell Russia “have a nice day” in the mean time, bless their hearts.