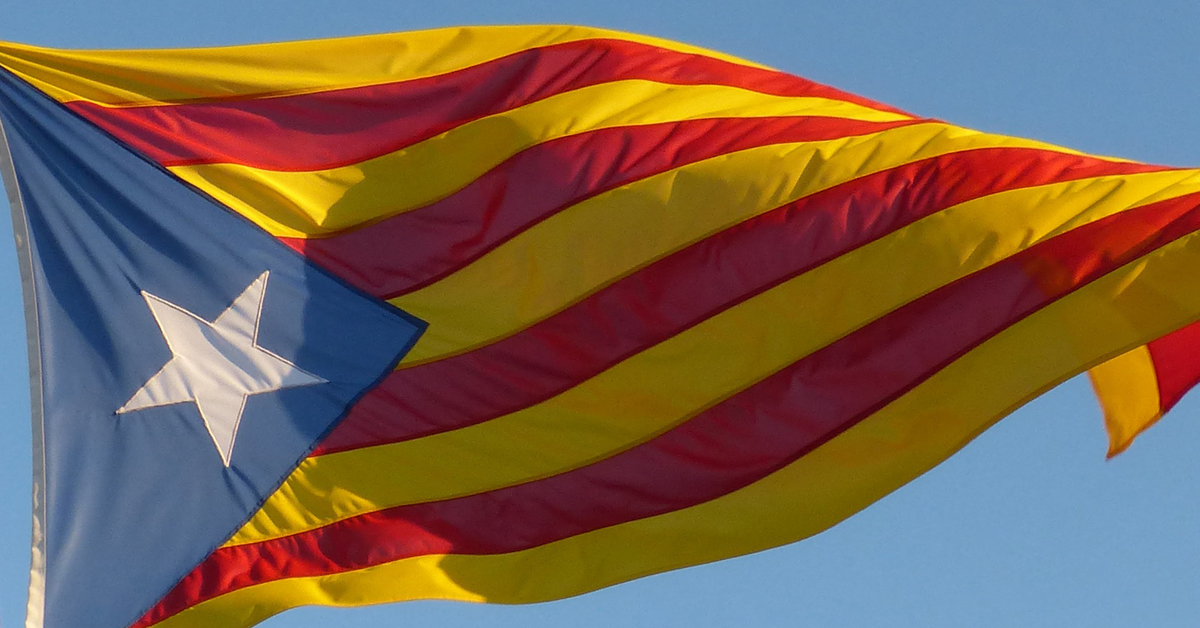 Catalan Independence is coming! And Madrid is on defense.

As an interested observer, it is amazing to witness the broad support that Catalonian nationalism has. On September 11, “‘hundreds of thousands‘” of people rallied in the streets in support of Catalan independence from Spain. There is no official opposition campaign, because most of those opposed to secession are refusing to participate in the vote (likely guaranteeing a victory for independence) and Madrid’s counterproductive response, declaring it illegal and vowing it will never happen, seem like the objections of the powerless losing side. 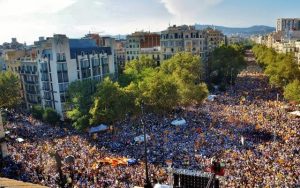 Independently-minded Texans are closely watching Catalonia. So far, Catalonia has been largely successful, playing by same play-book as the Texas Nationalist Movement uses in its efforts for Texas independence: gather public support and demand a ballot initiative. Like Catalan, the idea of Texas independence has been punted around for years. The pundits laugh about how “it’s fun to talk about, but it will never happen; and even if it did, there would be a civil war.” These nay-sayers frequently caveat the “never” with “but if,” which is telling. It seems that somewhere in their mind, they acknowledge that Texas independence is possible, but claim as a certainty the worst scenario possible to discourage any from considering that possibility. But Texans can look to the example of Catalonia, a possible world precedent towards the revival of their own republic.

First off, the independence movement in Catalonia is not new. This is an ongoing struggle, like Scotland’s independence efforts or Brexit. Only now, it’s gaining enough steam to become a reality.

For a while, Spain has dismissed the Catalonian independence faction as a fringe group feeding off antiquated cultural sentiment. Their solution is to negotiate with Catalan, placate them with trifles, like Britain did with Scotland. All along Madrid has said Catalonian independence will never be recognized. Later, Madrid began to talk a bit tougher. Despite these deterrents, an independence referendum is scheduled for October first.

As October approaches, the rhetoric is heating up, with stories about how an independent Catalonia will suffer economic collapse, with opponents arguing that businesses will then leave the region. This is an understandable concern. Some businesses may leave Catalan, but it’s just as possible others will flock to it. This is more a question of how Catalonia decides to govern their business environment rather than if they govern themselves.

Texans hear this same sort of scare tactic about the economy. However, Texas has a tremendous business environment. If Texas were not constrained by D.C. politics and regulations, there is so much more we could do for companies that provide employment for work-hungry Texans. And as Texas would start as the 9th or 10th biggest economy in the world, collapse is not a real concern. 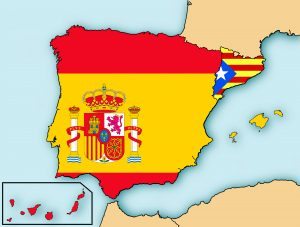 Naturally, a common tactic of over-bearing regimes is to disrupt their opponent’s communications. Such is the case when on Wednesday, September 14, 2017, the Spanish government ordered the shutdown of Catalonia’s official independence website. Catalan president, Carles Puigdemont, said on Wednesday in an interview with Catalan Public Television:

‘The world of electronic communications does not have borders. They can shut down one website, but if you know in advance this might happen, you automatically launch a new one.’

Next, Spain tried a ballot seizure. Catalonia’s public prosecutor ordered police to confiscate anything having to do with separatist propaganda, including brochures, posters and the “official” election ballots.

The big threat Madrid  throws out in an attempt to discourage a secession vote is that they’ll arrest Catalan’s mayors. Any official that allows the vote could be charged with misuse of public funds, civil disobedience, and abuse of office. Additionally, Madrid says that President Puigdemont would face criminal charges for abusing his official powers as President of Catalan. And though Spain may try this, that will do little than to convince the Catalonians that leaving Spain is justified, for their totalitarian response to a democratic and peaceful process. However, the threat of this makes those in Texas wonder if we can expect the same here with our own independence efforts.

Can the tactics Spain’s using be replicated by the U.S. federal government? Unlikely. Daniel Miller, the president of the TNM states:

Texans should not fear the use of such undemocratic actions in Texas. The actions taken against the Catalan people, if used here, would be violations of the 1st and 4th [COTUS] Amendments and [a] violation of the guarantee of a republican form of government for every State. The use of these tactics would hasten Texas’ exit from the union and would likely cause many other States to follow suit.

We have heard a lot in the news lately about “nationalists,” and unfortunately, these reports normally infer it’s synonymous with doctrines of racial supremacy, priming people to believe that a “nationalist” is a bad person. However, nationalist is just another word for patriot. And while globalists would have you think otherwise, nationalism alone is not a bad thing. In 2012, I explained “Texas Nationalism” in a guest OpEd in the Texan Post. You may find it here. 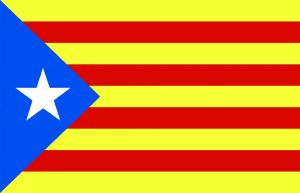 After the recent terrorist attack in Barcelona, the world offered Spain condolences. Many offended Catalans responded, “We are not Spain!” That is a sentiment I totally understand. After any terrorist attack or natural disaster, my pet peeve is the cry “We are all Americans,” or, “je suis Charlie,” or fill-in-the-blank target that is empathized with. I understand the unifying sentiment behind the quote, but still, no. I am a Texan, and this is Texas. To empathize with the Union instead of the victims in times of trouble is like sending a get-well-soon card to a cousin when you’re sick!

There are many independence movements in U.S and around the world. The Texas Nationalist Movement is supportive of them all, not necessarily 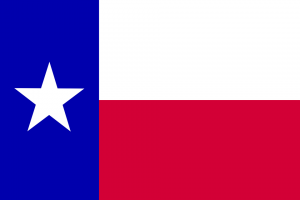 because we agree with their policies or beliefs, but because we believe in local right to self-determination for all peoples. It’s their natural right to decide how they will be governed, even if they choose their form of government unwisely.

Like the people of Catalan, Texans ready to move into a future free from hefty taxation, mandates, and strangling regulation from D.C. are growing in number. And while many Texans still think, “That sounds good, but it will never happen here,” we can take a cue from Catalan. Spain has been saying the same thing to them for a long time, insisting that a referendum won’t happen… but it is happening. And as there is no law forbidding a state deciding to end its membership in the Union, Texas should not listen to voice of discouragement saying we can’t!

UPDATE!! Since writing this article, the Texian Partisan has learned from Reuters that the Spanish government has stepped-up police raids to prevent the Catalan secession, including the arrest of government officials. These actions have been roundly condemned, with the Catalonian President saying, “‘We condemn and reject the anti-democratic and totalitarian actions of the Spanish state.'” This will likely not have the effect Madrid intends, and instead galvanize support and sympathy with Catalan, domestically and around the world. Thoughts and prayers for Catalonia.