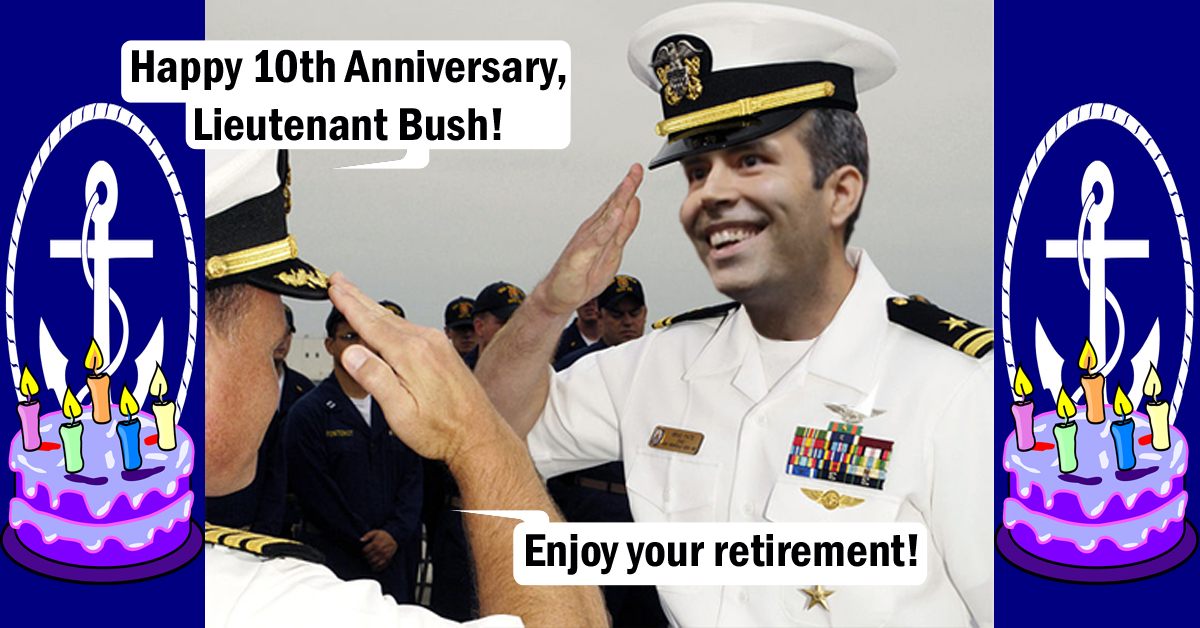 Another day, another surfacing black-mark on George P. Bush! I’m starting to think that Bush either unwisely dissed an old Gypsy woman or that Karma’s finally catching up with him, because it seems like the guy can’t catch a break in the media! His latest peccadillo has to do with claiming on his campaign literature that he is retired Navy. The only problem with that is… there’s no way he could be.

In any branch of the U.S. Armed forces (National Guard, Reserve or Active component) it takes 20 years of service to receive a military retirement and the benefits that come along with it. Bush, according to evidence reviewed in Politfact, was in the Naval Reserve for a total of 10 years, achieving lieutenant’s rank before his honorable discharge. While completing 10 years honorably is a laudable achievement, it’s still not retirement. 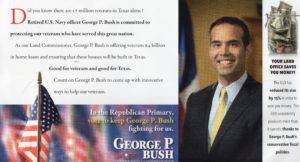 The Bush campaign is claiming the use the of the word was only in a general sense, meaning that Bush left the job after fulfilling his military obligation. Certainly, retired sounds more succinct than honorably discharged from the Naval Reserve after 10 years, but the campaign literature is clearly targeting veterans, trying to cultivate a sense that Bush (fellow veteran) has their back. Retirement is a very specific designation, and to use retirement to vets, when a lesser designation is meant, wouldn’t pass muster. In their eyes, it would definitely be making a false claim, seizing an honor not earned; a dirt-bag move!

It’s up to the voters if they want to accept Bush’s explanation or not. Being a veteran myself, I’d normally let this go, if it were the only problematic issue for the candidate. After all, it’s not as if Bush is writing his own campaign mailers. However, Bush’s record as GLO Commissioner has been less than stellar, not to mention arrogant and possibly duplicitous. Combine that with other negative revelations, such as Bush accepting nearly $30,000 in campaign donations from a contractor hired by his agency, and in that context, this instance seems more like stolen valor to dupe some poor vet into voting for the guy than it does an honest mistake. Frankly, if the guy cared more about Texas than his political career, he’d do the right thing and resign; this is getting ridiculous.