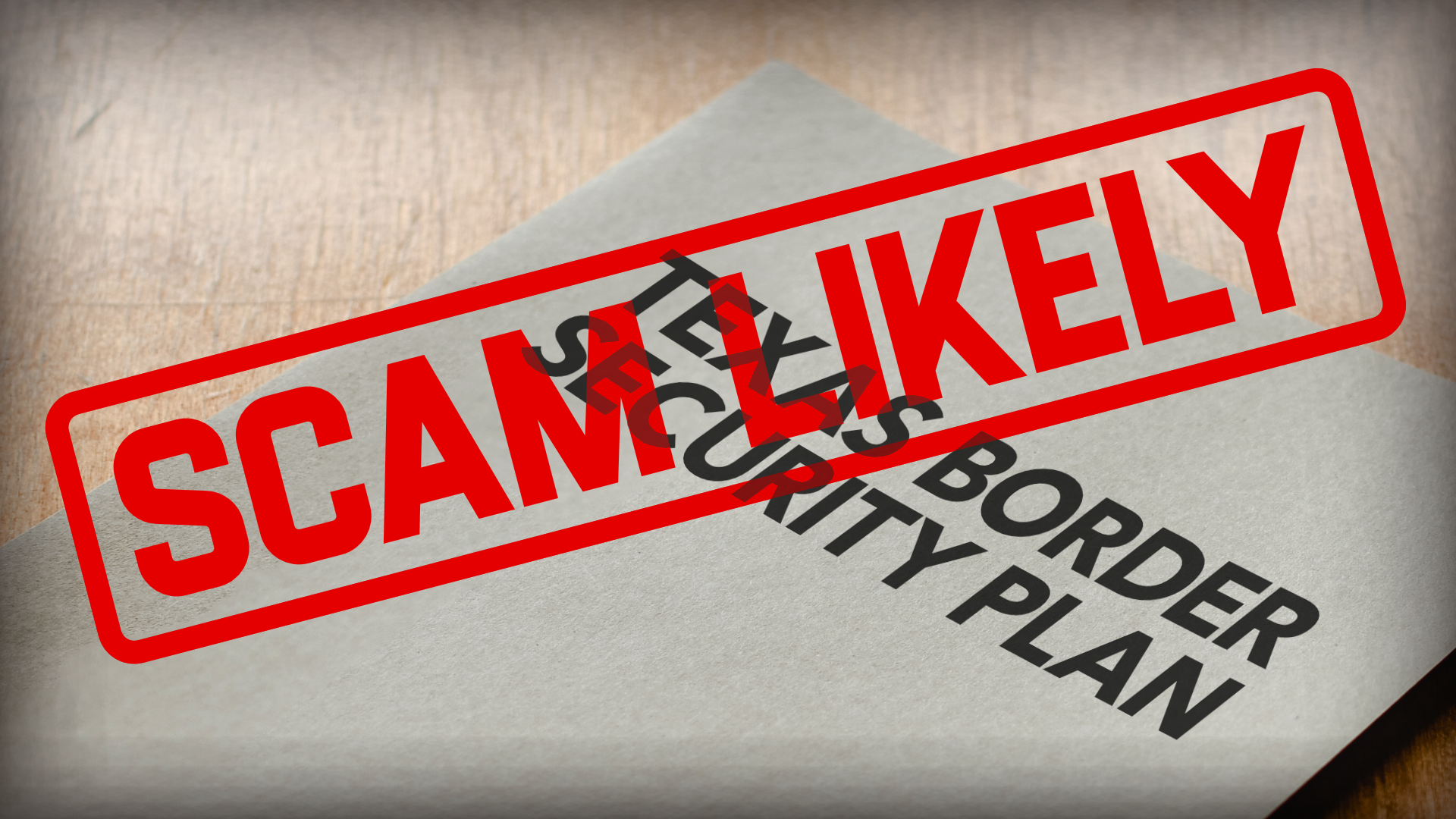 Rio Grande City Mayor Joel Villareal has seen enough: “Let’s not sugarcoat, justify or minimize our current border policy of catch and release. We have no idea who is coming into this county.”  This statement comes after over a year of watching the outcome of Operation Lonestar, Gov. Greg Abbott’s much vaunted border measure that ostensibly secured the Texas border.  You’d expect that kind of criticism from a Democrat, but as it turns out, Villareal is a Republican who campaigned for Abbott.  Why is he dissatisfied?

Texans who follow Gov. Abbott’s twitter feed would be shocked to know that thousands of Texas Guardsmen and Department of Public Safety troopers on the border are not permitted to send the invaders who enter Texas back to Mexico.  And where does this prohibition come from?  From the Governor’s rules of engagement.

Despite repeated claims by the Abbott administration that the border is being secured,  the only measures taken by the increasingly demoralized force on the border have been to turn illegals over to border control or to load them onto buses and transport deeper into the United States.  The bus trips have received significant criticism from both the left and the right, but have had the desired effect of drawing attention to the Governor’s actions. 2022 Gubernatorial Candidate Don Huffines blasted the practice of transporting illegals deeper into the United States, “bus rides to DC are nothing more than an expensive photo op. Texas must use Article I, Section 10 to repel these invaders and send them back to Mexico.”

Indeed, the very language that Abbott employs to describe the border crisis belies that he does not see the situation in the same light as the majority of Texans. After the March Primary, Gov. Abbott ceased to used the term “illegal” to describe those crossing into Texas from Mexico. Instead he has consistently used the term “migrant.”

Abbott’s unwillingness to take serious action on the border has not escaped the notice of Texas Counties.  So far, 18 counties have taken the important step of characterizing the border crisis as nothing less than an invasion. Using this language gives the state the right to defend themselves militarily in Article I Section 10 of the US Constitution and Article 4, Section 7 of the Texas Constitution.

A tortured interpretation of the 14th Amendment to the US Constitution by federal courts has allowed the federal government to erroneously claim that immigration policy is one of the sovereign and plenary powers of the of the federal government (it isn’t). If we  allow the crisis to be framed as an immigration issue, Abbott can claim that he’s merely following federal (case) law. However, by characterizing the crisis as an invasion (which it clearly is given that over 200,000 souls have been crossing into Texas per month since January 2021), the State of Texas would be able to secure its southern border under its sovereign war powers.

The right of a sovereign state to defend itself is an inalienable, or “natural” right that is not subject to the acquiescence of the US Supreme Court (SCOTUS). This approach of invoking Article I, Section 10 has never been addressed in federal case law and has a reasonable chance of success of being upheld by SCOTUS.

It is unclear why Gov. Abbott is so reticent to actually secure the border of Texas. It is growing increasingly likely that our “republican” Governor will be forced to follow in the footsteps of Arizona Gubernatorial Candidate Kari Lake, should she win in November. She has repeatedly promised to invoke Article I, Section 10 on her first day as Governor of Arizona. If a referendum for Texas Independence makes it to the general ballot in 2024, we could presumably ignore the SCOTUS interpretation of the 14th amendment and take care of our own business.  Even so, there are many Texans who are rightfully concerned that we may not make it to 2024, given the ongoing invasion. We might consider doing what we can to ensure that Kari Lake beats her Democrat opponent, as that may be the only thing that can push Abbott to take real action.