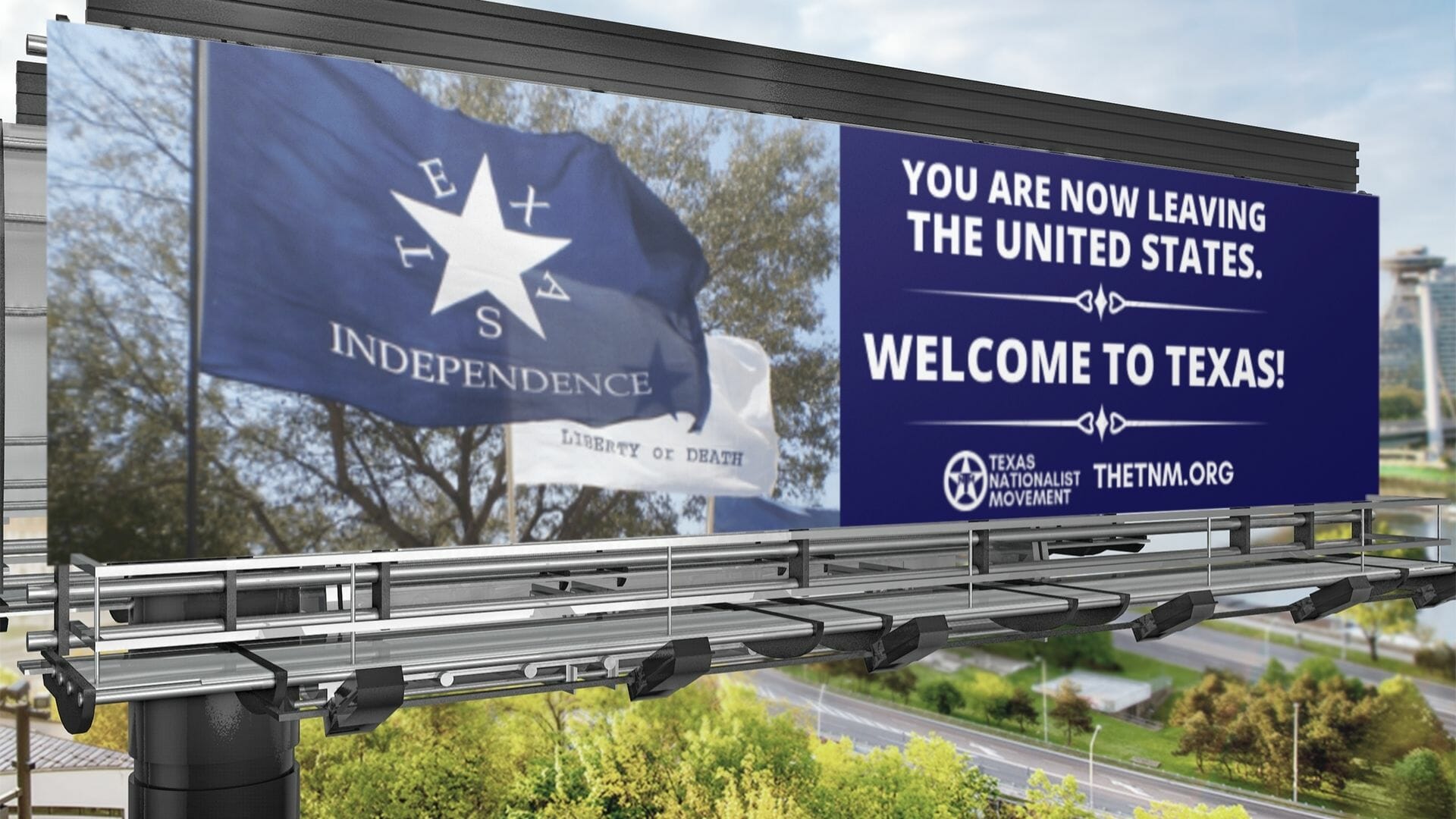 The bombshell poll was conducted in eight states, including Texas, Alabama, Mississippi, Louisiana, South Carolina, Florida, New Hampshire, and Hawaii. Support for exiting the union polled highest in Texas, with regular voters showing 66% support and voters who vote only in presidential elections showing 63%.

The poll results shouldn’t surprise supporters of the Texas Nationalist Movement. TNM President Daniel Miller has publicly stated that he believes a TEXIT referendum result would be 60%-65% in favor of Texas reclaiming its status as an independent nation.

Support For A TEXIT Vote Is High Among All Voters

69% of Texas voters who expressed an opinion want Texas to hold a referendum on separating from the US, including 81% of Republicans. These numbers support the recent vote by delegates to the Republican Party of Texas Convention, who voted 90.08% in favor of a platform plank that calls for putting the TEXIT question to the people of Texas.

Project: Fear Is A Big Bluff

In addition, the poll results drive another stake in the heart of the fearmongers who claim that TEXIT would mean war or economic sanctions.

Eight states, except the states in question, were asked about how to respond if Texas, California, or Hawaii voted to become independent countries. Only 3 to 9 percent of any state think a military attack should be considered for any of these three states. The average was 7 percent for Texas. 55% believe Texas should be allowed independence without penalty. The remaining 37% think that economic sanctions are the strongest penalty that should be considered.

The people in the various states seem far more respectful of self-determination than modern-day pundits and the political class.  While their rants and misinformation saturated the 24-hour news cycle, most fail to acknowledge the existence of a movement the size of the TNM, the majority support for TEXIT, or the legal, moral, and constitutional counter-arguments to their falsehoods about TEXIT.

This is why the TNM has made all of the facts about TEXIT available at texitnow.org and why the book TEXIT: Why And How Texas Will Leave The Union has been a four-time bestseller.

What You Need To Do

We’ve come a long way from the TNM’s founding in 2005, when support for independence was polling in single digits. While these poll numbers are exciting, the only poll numbers that matter are the ones after we get a vote on TEXIT. Only you can help us make that happen by donating to our efforts, becoming a member, or registering your support.

We are making history. Help us write the next chapter of Texas history.

In this article:featured, Texit, TNM