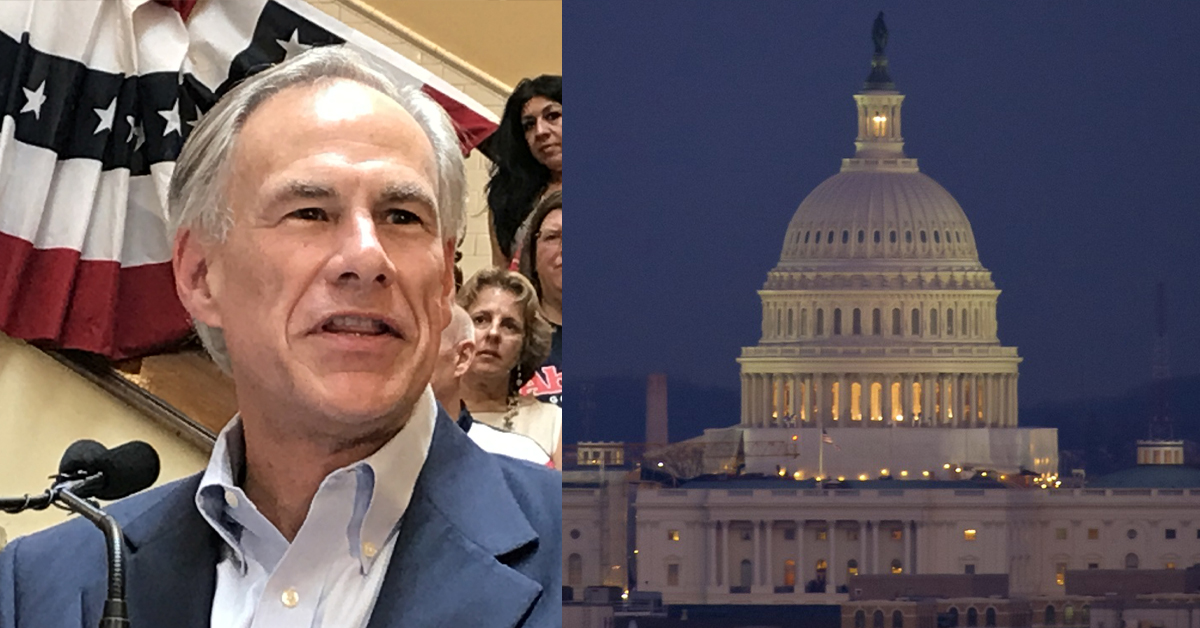 In the wake of the Santa Fe school shooting, Governor Abbott reveals a new plan to secure Texas schools, and he may even call for a special session of the legislature to get it done as soon as possible. However, is the way the governor’s addressing this issue also ignoring the federal elephant in the room?

According to the Governor’s “School and firearm Safety Action Plan,” if passed, it will focus on increasing “law enforcement presence at schools,” increasing training for a shooter situation, providing for better identification and removal of possible threats, requesting federal aid to improve school safety, improving “mental health crisis response infrastructure,” and a host of other ideas that make up this 40 point product of the Governor’s “roundtable meetings” on the subject. And while the plan still needs to be analyzed for its feasibility, affordability, and its effect on the Liberty of Texans, there are some sensitive areas that pop up as obvious concerns.

First, the program calls for increased monitoring of Texas citizens. This is always a precarious place to allow government, as we’ve seen from the recent federal scandals involving gathering data on Americans without a warrant. Part of Abbott’s plan involves merely making it easier to give tips on possible dangers, but some of it calls for the creation of “Fusion Centers to monitor social media for threats.” How that is handled and the power it creates for government should concern us. And although the plan states that monitoring will only involve “public posts,” the people of Texas should be wary of the governmental apparatus that is being created.

Additionally, another concern is where the plan relates to the gun-rights of Texas citizens. While the plan affirms Texan’s second amendment rights, it equally recognizes the state’s right to introduce “limited regulations of firearms.” Specifically, Abbott’s plan recommends:

As this is just an outline, one cannot fully assess the potential dangers to Liberty it may pose. Will it create undue burdens on firearm owners that serve as a de facto abridgement of their second amendment rights? Will it, in the name of safety, deny them their due process rights? As these proposals move towards legislation, then we’ll have a better look at their possible implications for Texan Liberty.

However, it’s not merely what the plan addresses that raises some eyebrows, it’s what it doesn’t address. I asked Texas Nationalist Movement President Daniel Miller to respond to Abbott’s proposal. He had the following to say:

While Governor Abbott’s plan contains sound elements previously proposed by the TNM, much of it merely restates recommendations formerly made by the Texas Education Agency or policies that are already being implemented in a limited fashion. Texas school children would be better served if the state implemented mandatory security standards for all districts and campuses and other measure through a special session. However, these programs would be much easier to implement with the $100-$150 billion per year that we overpay into the Federal system and without the bureaucratic and judicial interference that has become the norm when Texans attempt to address the challenges we face here at home.

The actions and inactions of the federal government have a profound effect on the safety of Texans. In addition to the mentioned funds that are taken out of Texas that could’ve been better served here, or the unjustified interference of federal politicians and the judiciary, we must also contend with the fact that federal agencies, either by incompetence or even malice, have allowed for many of these tragedies to take place. For instance, it was revealed that the Sutherland Springs church shooter was allowed to keep firearms due to improper reporting of his domestic violence committed during his time in the Air Force. Additionally, with the attempted terrorist attack at a Pamela Geller event in Garland Texas, the FBI didn’t just fail to prevent it (though they were monitoring the situation), but they actually provoked the terrorists to action, telling them to “tear up Texas.” Miller also addressed this concern:

In none of the three round table discussions held by the Governor was there a discussion of how Federal policies and interference have contributed to the body count associated with mass shootings. In fact, there was not a seat at the table for the near majority of Texans who advocate for a free, independent, and sovereign Texas.

Whatever solutions Abbott signs into law, we will still have to strive with a threat far greater than any shooting incident: a federal government that is scornful of its constitutional limitations and interferes with Texas’ right to local self-government. Until we deal with that, until Texas cuts the tether and reclaims full sovereignty, we will never be able to fully address this issue, nor any other.