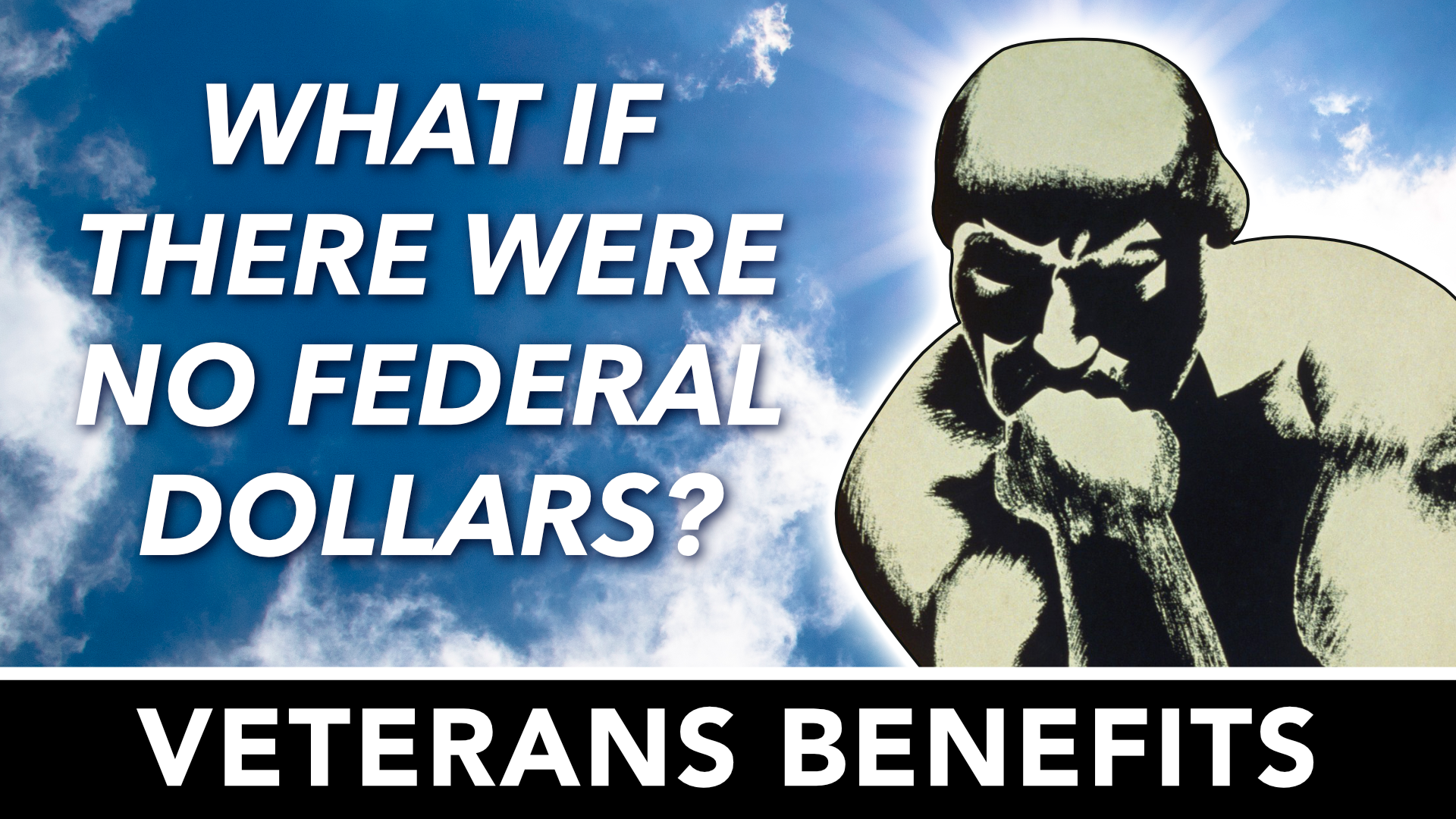 Texas has a singular military tradition when compared to the other states in the union. What would happen to that tradition if Federal dollars were not available post-Texit?

Texas has a unique military history. After wresting their independence from Mexico, Texas spent years shielding itself from a hostile neighbor that never truly recognized its sovereignty. Even after joining the Union in 1845, Texas found itself continuing to defend itself from Mexican and Comanche threats. As a result of nearly a century of continual struggle on two fronts, the culture of Texas is closely tied with a deep military tradition that endures today. As we edge closer towards the prospect of Texas reasserting its status as an independent nation, it is important that we consider how the reborn Republic of Texas would care for its veterans.

First, let us declare that if Texas is to be a legitimate nation among nations, we must honor and care for those who stood for our collective defense. For thousands of years, civilized nations such as Greece and Rome granted tracts of land to veterans, particularly those who were disabled or to widows. As a former Republic, Texas granted 1000 acres to every soldier who fought in our War of Independence. Following the Civil War, Texas took on the care of Texans who fought for the South. Taking care of our warriors is the hallmark of a civilization and is non-negotiable.

Next, let us take stock of the facts. Nearly one out of every ten members of the US Military are from Texas. There are about 18 million veterans in the United States, and of the thirty million citizens of Texas, over 1.4 million are veterans. VA expenditures in 2019 were roughly $200 billion dollars, accounting for almost  5% of all federal spending. Proportionally, then, the total spending on Texas veterans would amount to approximately $16 billion dollars per year. While that’s a hefty sum, to put that in perspective, Texas currently enjoys a $27 billion dollar surplus as we enter into the 88th Legislative Session.

However, it should be noted that the Department of Veterans Affairs is notoriously inefficient and plagued with scandal. Honestly, a large part of the argument for TEXIT is to escape the fraud, waste, and abuse that characterizes nearly every department of every single agency within the federal government. If $16 billion is the price tag for Washington, it is nearly axiomatic that Texas could do a better job of taking care of its warriors for far less money. For example, merely bypassing the crushing regulation of the FDA and “Obamacare”  would do much to improve the quality of life for those who desperately need affordable drugs and treatment.

As an Independent Republic, Texas would also shoulder the burden of maintaining its own military force which could provide for the defense of Texas in time of War. The size and expense of the US Military is perhaps not the best benchmark for the cost of adequately defending Texas, as the corruption and waste of the DOD and military hardware procurement is well known and also one of the prime arguments that Texas could do more with less on its own. A more reasonable comparison could be the military of the United Kingdom, which is made up of roughly 149 thousand troops, defending a population of around  69 million Britons. The current strength of Texas Military Forces is around 26 thousand soldiers and airmen. Approximately 164 thousand Texans currently serve in the US Military (111 thousand active duty; 56,000 reserve) and if a reasonable percentage of those elected to swear their allegiance to the Lone Star, Texas would unquestionably have one of the most outstanding military forces in the Western World.

Make no mistake, Texas is already disproportionately paying for the cost of defending not only the United States, but nearly a thousand bases around the world which ensure US hegemony of the high seas and even many continents. It is said that only two countries have ever militarily controlled Europe: Rome and now the United States (NATO is largely funded by the American taxpayer). Washington’s doctrine of “friends to all, entangling alliances with none” was completely abandoned more than a century ago. Few Texans would argue that Texas needs to be the worlds’ “policeman.” As an independent nation, the Republic of Texas would doubtless restore a strategy of avoiding needless foreign entanglement, saving the citizens of Texas trillions. We don’t need to spend Texas dollars on maintaining a Navy big enough to defeat all the navies of the world, an air force capable of being anywhere in the world within minutes, and a surveillance state that likely transcribes the daily conversations of a large percentage of the inhabitants of the entire planet.

Independence would bring the opportunity for Texas to resurrect many incredible aspects of the Texas military tradition as well as dispense with many of the destructive practices that have taken root within the US Military. Many Texas are not aware that historically the reputation of the Texas Marines was extraordinary. Their honor and spirit was literally known throughout the western hemisphere. Texas would again have a Navy and Marines. Many would also argue that the Texas Rangers should rightfully be returned to the ranks of the Texas Military Forces. The thought of the Texas Army wearing the Lone Star on their right shoulder (as the Texas State Guard does, today) should give us all goosebumps.  At the same time, the Texas Military should dispense with “woke” practices of allowing and even encouraging homosexuality and transgenderism within the ranks, and lowering the standards of the front lines to encourage diversity. “Diversity is our strength” should be replaced with “excellence through achievement.”

When, not if, the Republic of Texas once again raises its head among the nations, it will be incumbent upon all of us to ensure that the military tradition of Texas does not wither, but is passed onto our children. Reagan was correct that the best way to achieve peace is through strength, as well as competence and integrity. By returning to the principles of limited self-government, Texas will serve as a real-world exhibit of what makes Texas exceptional. By embracing the transcendental ideas of republican government and constitutional adherence which the globalists have slowly and quietly abandoned, Texas will save the Western World.