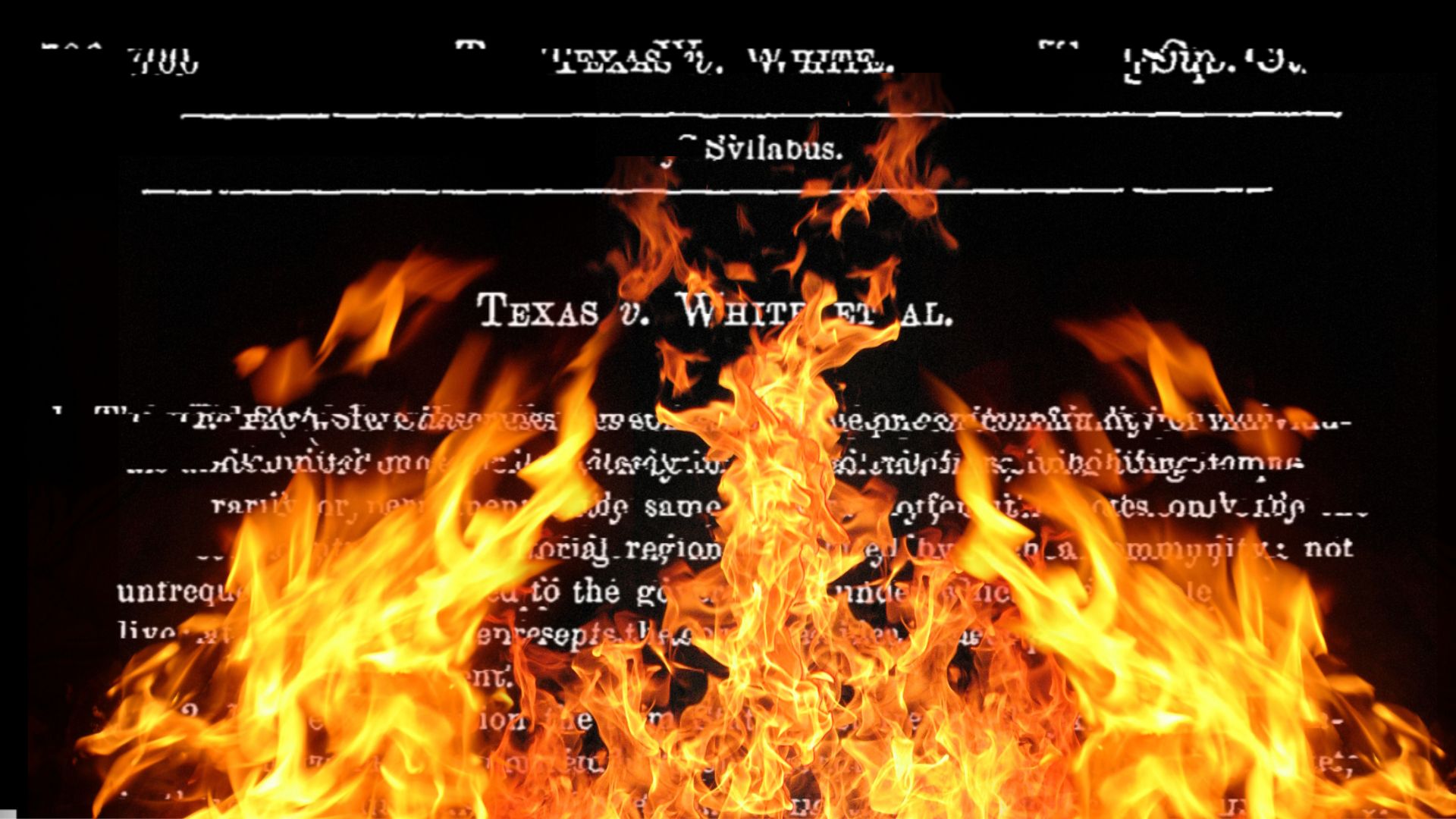 The TNM is about to make history again. This time we are poised to relitigate and destroy one of the worst Supreme Court decisions ever rendered related to the right of self-government – Texas vs. White.

The Texas Nationalist Movement (TNM) is currently in a legal battle with Meta, the parent company of Facebook, over censorship of TNM’s content about TEXIT. This lawsuit has brought to the forefront the issue of Texas’ right to self-determination and the preservation of a republican form of government.

The TNM is fighting for Texans’ right to vote on their political future and reclaiming our right to self-government and self-determination. This is a fundamental right guaranteed to us by the Texas Constitution, specifically Article 1 Section 1 and 2.

In its initial filing, Meta’s attorneys stated that they intended to argue that TEXIT is unconstitutional. The TNM responded with the following statement:

“Meta assumes, without citing any authority, that the Court could somehow dismiss this case on the grounds that the democratic process of holding a referendum vote on Texas independence is unlawful. Of course, even if holding such a vote was unlawful, which it is not, there is no provision of HB 20 that would provide a means to dismiss a cause of action… on such grounds.”

In other words, the TNM is arguing that the censorship provisions of HB 20 apply regardless of Facebook’s opinion on the matter of secession.

Meta then filed a Motion to Dismiss the suit, in which they argued that TNM’s complaint failed to allege that Meta lacked the authority to restrict the dissemination of TNM’s content on Facebook. The following excerpt from Meta’s motion highlights their argument:

“Plaintiffs also make clear that the disputed link promotes Texas’ secession from the Union—an end that the Supreme Court has said would violate the Constitution.”

This argument is flawed and an attempt by Meta to invalidate Article 1, Section 2 of the Texas Constitution and the rights it guarantees to Texans. The TNM looks forward to responding to Meta’s arguments and finally putting to bed the myth that states cannot leave the Union.

The Supreme Court case Texas vs. White, which Meta is citing as evidence that TEXIT is unconstitutional, is not good law. The TNM argues that White’s reasoning, that the Preamble to the Constitution incorporated the Articles of Confederation by reference in stating “to form a more perfect Union,” was rejected in Jacobson vs. Commonwealth of Massachusetts, where the Supreme Court held that the Preamble “has never been regarded as the source of any substantive power conferred on the government of the United States.”

Professor Matt Qvortrup of Coventry University and author of the book I Want To Break Free: A Practical Guide to Making a New Country had this to say about the impact that TNM’s lawsuit could have on Texas vs. White.

“From a legal point of view, it’s questionable if Texas vs. White would block the Lone Star State from seeking independence.  For starters, the case was not about independence, but the issue was only mentioned in passing as an ‘obiter,’ as we call it in the legal profession. Secondly, international legal scholars who have analysed the case agree that it is based on flawed legal arguments.  Given that Roe v Wade was overturned on legal grounds, it would not be too far-fetched that SCOTUS could overturn this one too.”

This is an opportunity for the TNM to rectify a 155-year-old miscarriage of justice and drive a stake through the heart of Texas vs. White. It is our opportunity to respect the original intent of the Framers of the US Constitution, honor the sacrifice of the men and women who founded the Republic of Texas and bring the concept of self-determination into the 21st century in America. We intend to fight for the principle that self-determination and self-government are not judicial questions but political questions that can only be answered by the people and not the courts.

Meta has motioned to transfer the case to a federal court in California, which would force the TNM to seek justice under Texas law in a California court. The TNM believes that this is an obvious attempt to silence the voices of Texans and deny us our right to self-determination. The TNM will not back down and will fight for the rights of Texans to have a say in their political future.

The TNM calls on all Texans to support this fight and join the movement for TEXIT. Together, we can take back our rights and secure a bright future for a self-governing independent Texas.

In this article:featured, meta, texas vs white