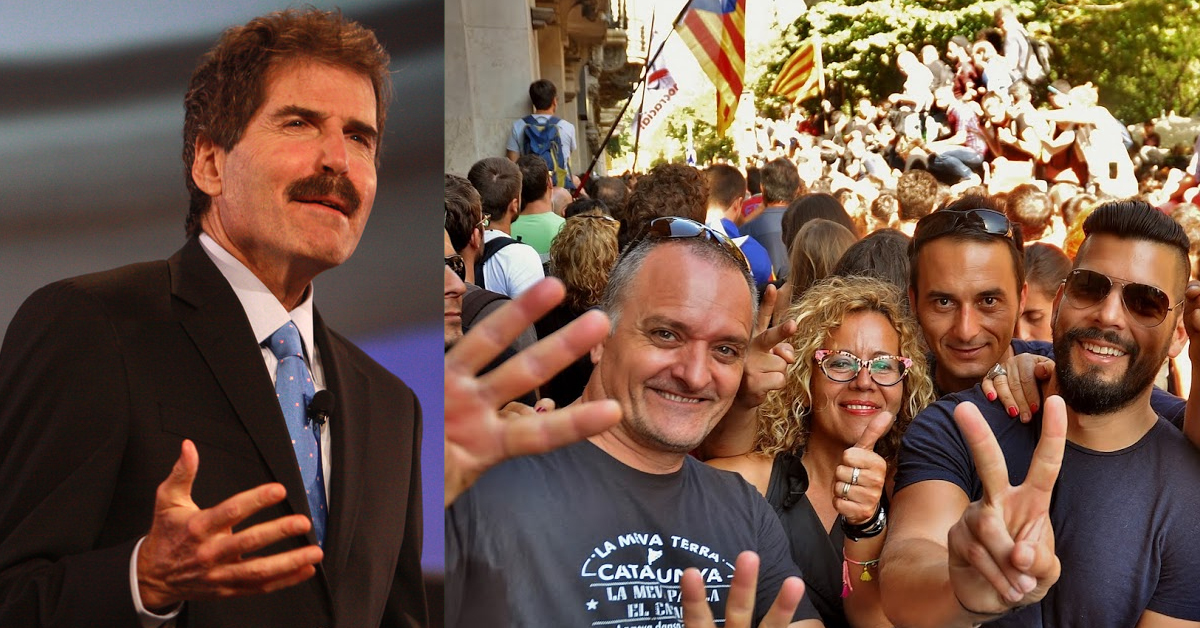 John Stossel, respected libertarian pundit, weighed in on the issue of secession recently, and more specifically the matter of Catalonian independence. Consistent with what we’ve come to expect from Stossel, he approached the discussion from a very logical standpoint, as opposed to the rampant emotionalism that typically characterizes the topic.

Stossel’s main thrust was to suggest the merits of local rule, stating that “…local governments can be more responsive to the needs of constituents. No government is perfect. But keeping government close to home, keeping it local, makes it easier to keep an eye on it.” This sentiment strongly echoes the language of Article 1, Section 1 of the Texas constitution.

He was also astute to recognize that there is a persistent trend amongst the ruling elite to move towards a global government, and the recent independence movements across the world fly in the face of that trend. “The powerful prefer one big central government. Some want the whole world to answer to one government.” “President Ulysses S. Grant fantasized about countries becoming “one nation, so that armies and navies are no longer necessary.” “President Harry Truman wanted a World Court.”

In the end, Stossel penned a very compelling case as to why Western powers have circled the wagons at the prospect of Catalonian independence. “It’s easy to love a big central government when you’re in charge of one.”

While the United States was extremely consistent in its support of most every independence movement during the 20th century, the national government has been equally consistent in opposing independence across the globe in the 21st. It may seem like a distant memory to some, but let us not forget the pleas of Ukrainians to Washington which fell on deaf ears when Washington disgracefully stood for the solidarity of Russia over that of freedom-loving Ukraine. More recently, the United States aligned itself with England against the independence of Scotland, and Trump stands with heavy-handed Madrid against Catalonia. Most alarmingly, the United States has recently come out in staunch opposition to a Kurdish independence referendum.

Stossel is dead on. “‘I’m wary of any government that hates the idea of people escaping its influence.'”