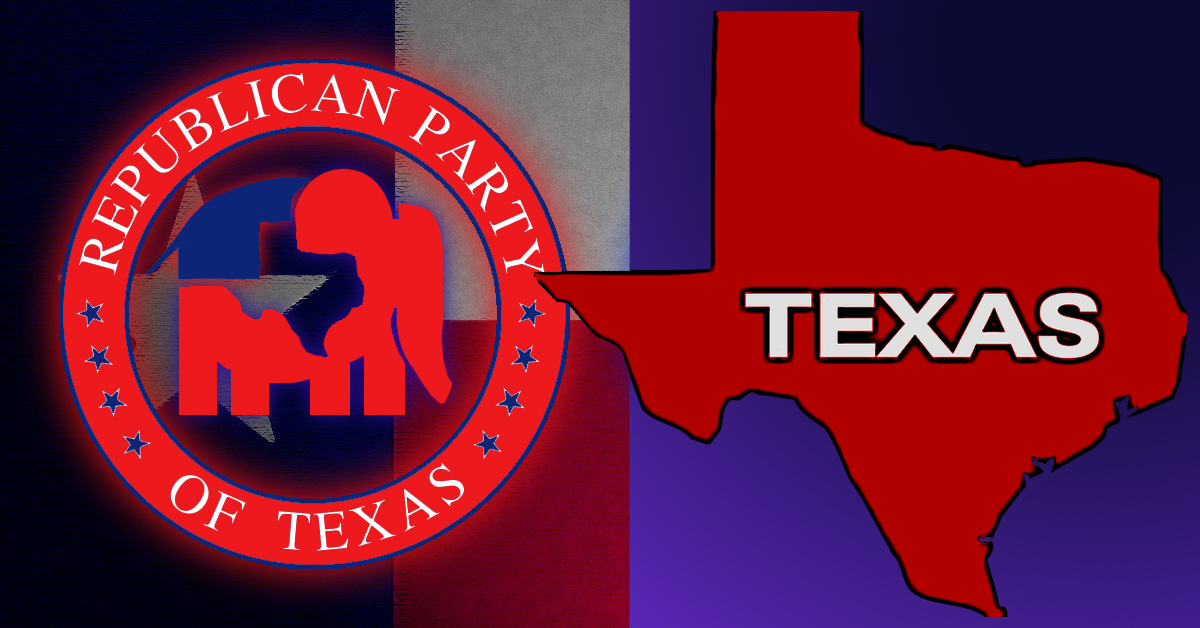 Last summer, the grass-roots of the Texas Republican Party achieved what amounted to a political coup by voting for James Dickey to be the new RPT Chairmant. Tom Mechler, Dickey’s predecessor, was largely seen as representing the establishment/Straus wing of the RPT, those interested in holding power, but less interested in implementing the party’s stated goals. Dickey’s election represented a “renewed focus on the party platform, engaging grassroots organizations, and holding elected officials accountable for failing to live out the party’s principles, and those positive steps helped to excite and energize the party’s base.” However, Dickey is facing re-election at the June RPT convention in San Antonio, and a challenger has emerged, vying for his position: Cindy Asche.

Cindy Asche is a nurse from Frisco, Texas. To listen to her, you have to admit that she hits all the necessary beats that a conservative candidate should. However, Asche seems to be representing the old establishment, who hope to once again control the RPT after losing their hold on both the RPT Chair and the Speaker of the Texas House. Asche has even been officially endorsed by Tom Mechler, so as to make it clear where she stands between the grass-roots and the old party bosses.

When announcing her candidacy back in February, Asche said, “I did not seek [the RPT Chairmanship]. However, I could not fail to answer the call for a candidate who could bring honesty, integrity, fiscal responsibility, and unity to the RPT.” However, her professed aim of bringing back “honesty” is curious since the hallmark of Dickey’s chairmanship has been to return the focus to RPT platform, rather than the previous party M.O. of claiming to stand for certain principles while working against them behind the scenes. Additionally, if the way Asche is running her campaign is any indication, honesty and integrity hardly seem priorities.

Back in April, the Asche campaign accused Dickey of being involved in a “hedge fund fraud” for his own enrichment, nearly fifteen years previous. Although Dickey was involved in an SEC action, to accuse him of a crime or enriching himself in this matter is more than a bit disingenuous as Dickey was never once charged, nor at any point did he admit wrongdoing. According to attorney and former SREC member Mark McCaig, the case was “flimsy,” brought by possibly politically motivated actors that had a “notorious reputation for an overzealous enforcement staff at the time it filed the complaint against Dickey.” “All too often,” said McCaig, “overzealous Federal regulators pursue questionable enforcement actions against innocent individuals or based on technical violations of the law.” However, Dickey can’t defend himself in this matter, because the SEC settlement legally requires his silence. Asche is doubtless aware of this, and for her to make this a campaign issue represents a low-blow, politically.

Another issue with Asche is her claim that Dickey’s tenure has led the RPT to dropping donation levels. She also strongly implied that Dickey may have cooked the books. On April 18th, Cindy Asche said at an April candidates forum, “Another issue that we have is financial, here in the Party. Right now, we have 29 thousand dollars, last I saw, the last cash-on-hand report that I saw. From April the sixth, 29 thousand dollars for our convention. We have 77 thousand dollars and change in the victory fund. Last cycle, in victory, I believe we spent about 1.2 million dollars. You’re going to hear what a great job we’ve done in raising money over the last nine months, raising over 900 thousand dollars; that sounds great, until you realize that our convention alone costs 1.56 million dollars this year, and that our monthly expenses are about 135 thousand dollars a month, just to keep the doors open… We have got to do a better job with transparency, with accountability, and with honesty and integrity about the numbers that we present and where we are financially. You deserve that from your leadership.”

Although Asche tried to dismiss it, back in April, the RPT acknowledged that they did set records in fundraising, stating that “March donations for the month [had] exceeded the previous 5-year high of $244,088 set in October of 2014.” This also includes what the party called “the largest single donation to RPT since August of 2013.” With regards to the convention fund, Dickey responded to this claim, first, to liken Asche to Reagan’s proverbial Democrat who wasn’t ignorant, but merely knew so much that wasn’t so. Secondly, he addressed her stated concerns on the convention fund by noting that the small funds were due to the fact they had “already spent hundreds of thousands of dollars on the convention, and [they had] hundreds of thousands of dollars more to come in. So.” Dickey pointed to the RPT’s public financial records as evidence. It is incumbent on Asche to prove her extraordinary claims, and unless she can present evidence that the books have been falsified or that estimates of incoming donations are off as compared to other years, there is no reason to doubt the official financial record.

With both major Asche campaign claims not holding up, the existence of the Asche candidacy is a bit mystifying. This sentiment is shared by Regina Cowan, Former DeWitt County GOP Chair, who had the following to say on the matter:

“Cindy Asche has no real cause. Her refusal to acknowledge how much better the party has been since Dickey’s election really makes you wonder what she really wants. Dickey has been able to bring many of the various factions and groups within the GOP together, and also brought a greater transparency that was previously lacking. Things didn’t work quite so well under previous Chairmen Mechler, whose ears were open to the establishment rather than the grass-roots. We’re actually acting like Republicans now, not Democrat-light.”

Those familiar with the inner workings of politics can attest to its ugly nature. However, big party politics matters in Texas… if you want to make a difference. For those that want to clear the way for Texas to have a referendum on Independence, we can’t go back to the old-ways, where the GOP party bosses put their thumb on the scale, playing their power-games, all while the Union goes to pot. As RPT chairman, James Dickey has made the platform of the Republican Party a priority for the first time in a long time. Additionally, he has given the Texas Nationalist Movement assurance that he will not stand in the people’s way, if the Party wants to add independence to that platform. It would be a pity to throw that away on the hyperbolic insinuations of the disgruntled old regime and their candidate. 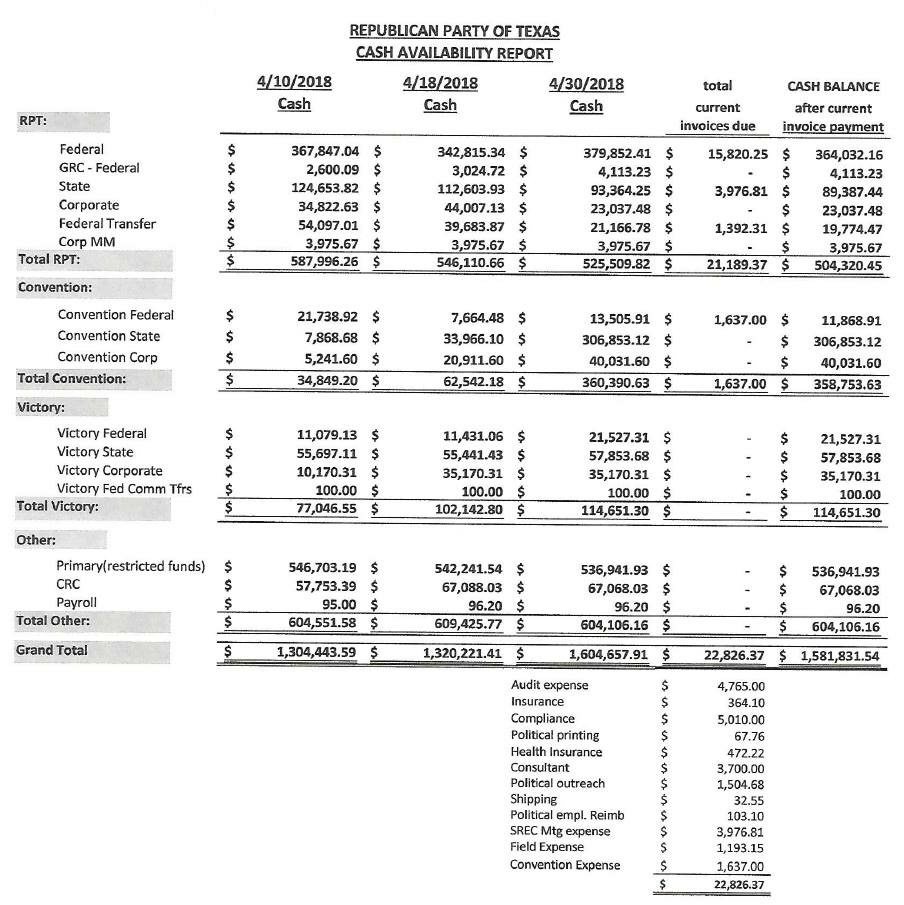