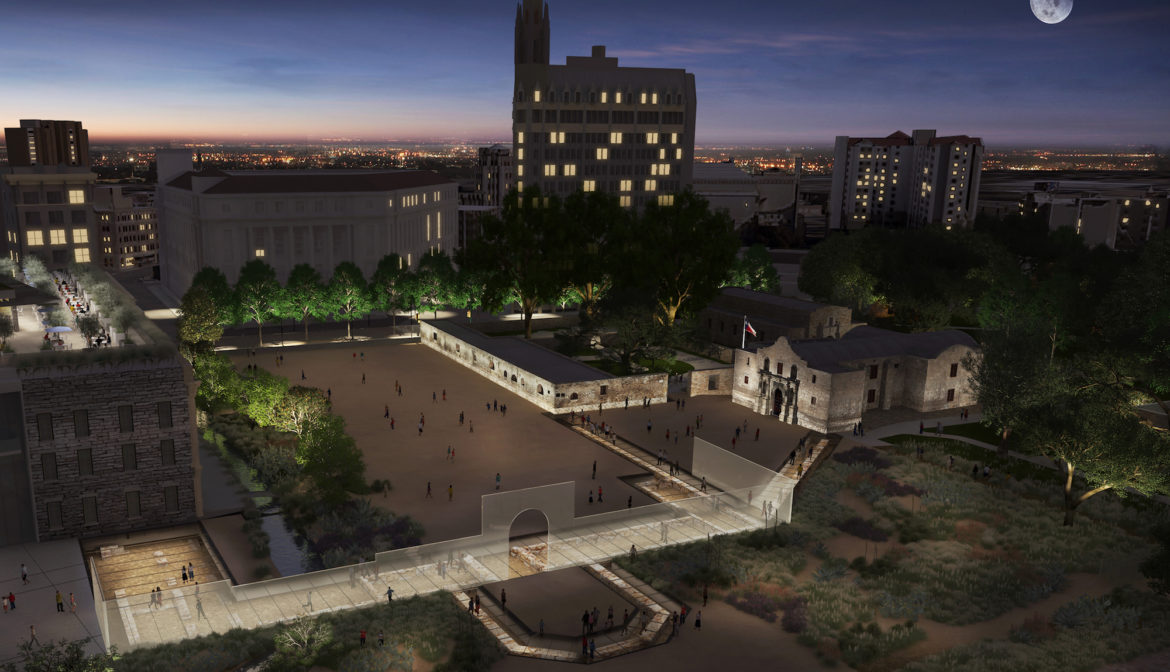 Preliminary renderings of the Alamo Plaza redesign spread like wildfire through the San Antonio community last week, sparking heated comments, strong criticism, and both far-fetched and well-thought out suggestions for the $450 million master plan.

Proposals to relocate the 1930s Cenotaph, remove shade trees from a large portion of the courtyard, and erect glass walls that limit the plaza from casual pedestrian traffic drew the most fire in online comments and during public feedback sessions.

Some of the approximately 320 attendees at Tuesday night’s session called the “postmodern” design “sterile.” One compared it to the fabled Emperor’s New Clothes, which drew applause and laughter from the crowd Tuesday night.