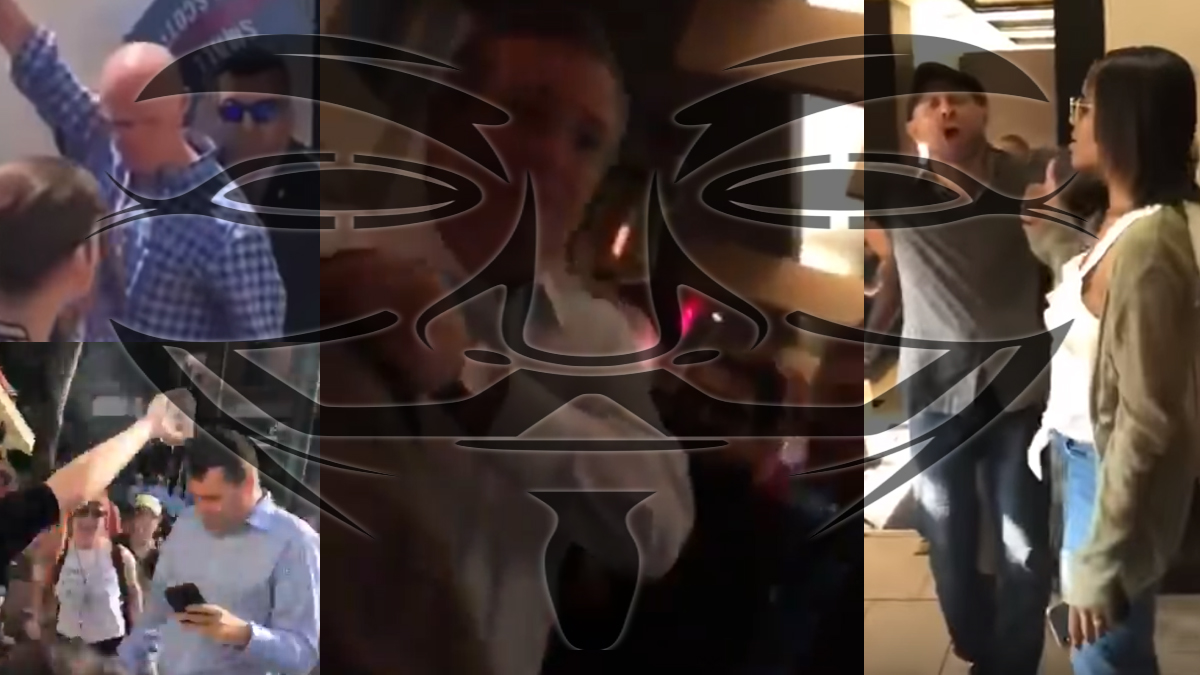 Two workers from Senator Ted Cruz’s campaign staff were hospitalized yesterday after being exposed to a powdery substance sent in a package to a Houston campaign location, an event happening shortly after the Pentagon received a few envelopes that tested positive for ricin. While tests on the Cruz-addressed envelopes were not found to contain any toxic agent, the fact that doing such a thing (a terrorist act) was thought appropriate is just the latest evidence of the sick state of U.S. political discourse… but certainly not the only one! Not so long ago a governor, senator or congressman could enjoy a meal out with their spouse with nary a bother. Perhaps someone would ask for an autograph, but otherwise, the occasion would be undisturbed. Sadly, this is no longer true, and as a consequence of this political climate change, civil relations are being eroded along with the social compact.

Lose at the Polls? Go To Plan B

When Donald J. Trump won the 2016 presidential election, the left, the media and the establishment were in shock. How could there be more “deplorables” at the polls than Democrats? Rather than accept the electoral outcome as the will of the people of the Union, each of these conspirators began undermining the president elect. Democratic Senate and House members started inciting their followers to harass GOP officials. For example, on June 25 Rep. Maxine Waters told her supporters:

Let’s make sure we show up wherever we have to show up. And if you see anybody from [Trump’s] Cabinet in a restaurant, in a department store, at a gasoline station, you get out and you create a crowd. And you push back on them. And you tell them they’re not welcome anymore, anywhere.

As a consequence, dozens of conservative officials have endured verbal abuse and more in the public square. Below are four high-profile events where previously understood barriers between the private and public lives of political actors have been violated.

On June 22 the owner of the Red Hen Restaurant in Lexington, Virginia, asked White House Press Secretary Sarah Huckabee Sanders to leave her restaurant. The owner, Stephanie Wilkinson, asked her to leave because she was part of the Trump administration. Sanders and her seven guests left without incident.

On August 6 conservative activists Candace Owens and Charlie Kirk were dining at Green Eggs Cafe in Philadelphia when a protest erupted outside. People affiliated with Philly Antifa, a known terrorist group, began throwing things at the couple from outside the cafe. One protestor, @PhillyANTIFA, tweeted “Charlie Kirk’s disgusting homophobic, racist, bigoted presence is met by some proper Philadelphia hostility.” This, in the “the city of brotherly love.” Owens and Kirk lead Turning Point USA, a “student movement for free markets and limited government.” Owens and Kirk were safely escorted from the cafe by Philadelphia police.

On September 17 Florida Governor Rick Scott arrived at the Mojos Real Cuban Restaurant in Venice, FL for a campaign event. He departed minutes later through the back door after angry protesters blamed him for the “red tide,” a naturally occurring toxic algae bloom that periodically afflicts the Florida coast. Scott’s critics claim his administration’s policies have exacerbated the problem.

On September 25 Texas Senator Ted Cruz and his wife Heidi were “ambushed” by a flash mob at Fiola da Fabio Restaurant in Washington, D.C. The mob, consisting of members of Antifa and Democratic Socialists of America, were shouting “We believe survivors!” They oppose Cruz’s support for Supreme Court nominee Brett Kavanaugh, himself a focal point of a kind of mob action. After a few minutes of harassment by this mob, Cruz and his wife left Fiola’s to the cheers of the protestors.

When men and women step up to hold elected office or lead a political organization, they ought to be given the respect they deserve. This means during office hours, they are available for discussions, interviews and even protests. However, outside those hours, they ought to be able to live their lives without harassment by agitators. Civil discourse leads to understanding and oftentimes compromise. Unrestrained protests lead to strife and sometimes violence or worse, and because a growing number of people no longer believe in the line between protest and harassment, we are faced with the fact that the Union may no longer share enough common values to stay united. If growing levels of incivility and violence are the price of unity, then a return to civility may very well depend upon disunity. At some point, we will have to make a choice between the illusion of unity and actual peace.