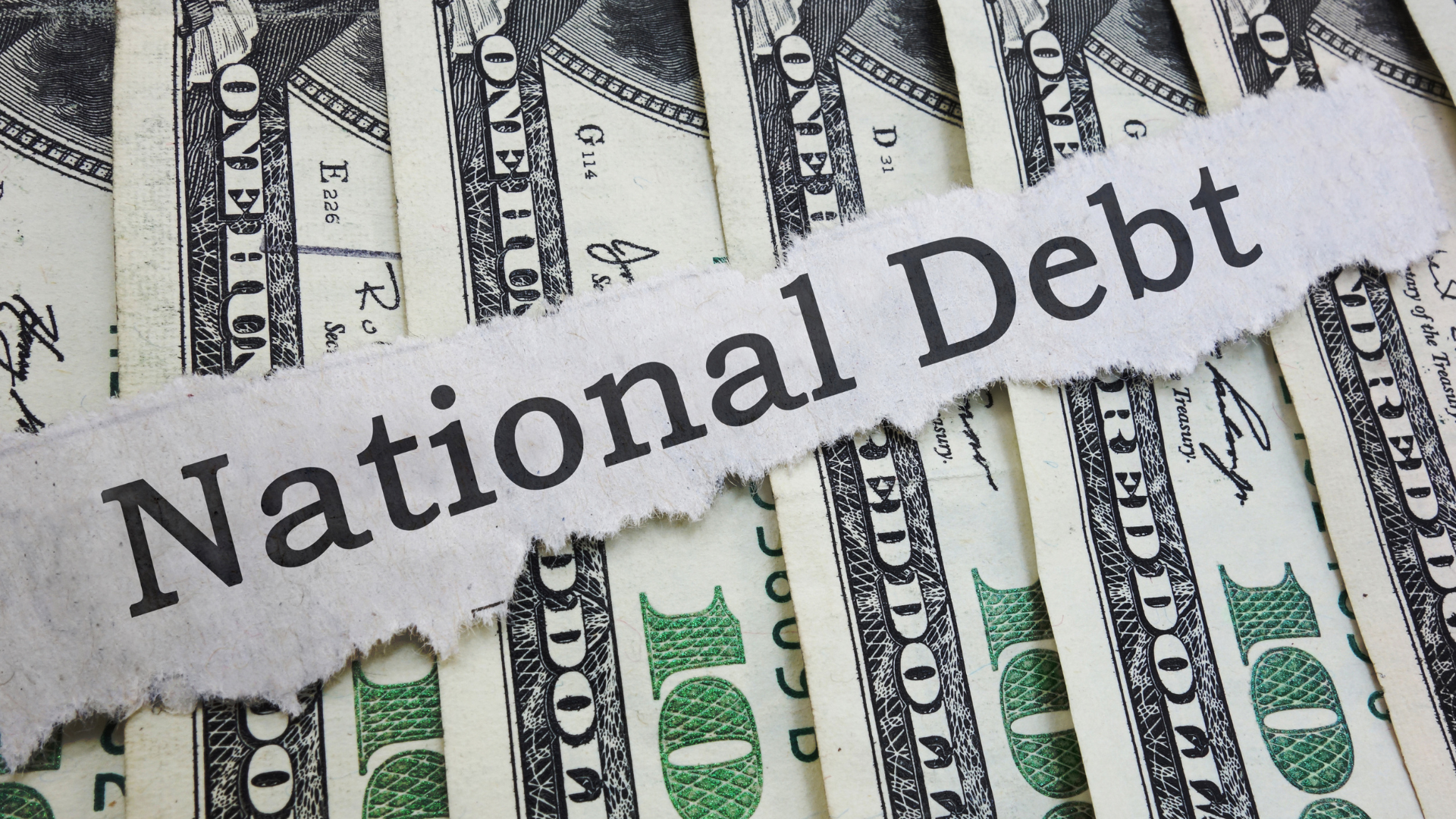 The most muddled arguments of all surround the apportionment of the national debt upon the seceding state. It is muddled not only because of the difficulties of finding a “just” portion of the debt to be imposed, but also because demands for payment often mask ulterior motives. But let us assume for the moment that both parties are at least trying to negotiate in good faith.

As part of that good faith reckoning, future values, intangibles, and “goodwill” would be excluded as too arbitrary, with the focus strictly on national debt accumulated in the past. However, even that amount has no straightforward accounting. One must assume the continuation of totalization agreements between the Federal government and the seceding State, so that those having paid into Medicare and Social Security receive proportional coverage and disbursement, respectively. But if that is so, then there must be a consideration of the debt from unfunded Federal liabilities, the most significant of which are Medicare and Social Security. The net present value of the US government’s 75-year future liability for Medicare and Social Security amounts to an additional $46.7 trillion on top of the familiar $30 trillion national debt. These amounts are so vast as to have no meaning, and simply cannot be paid by any government, including the United States. They can only have significance as threats, and are thus null and void since they amount to “odious debt,” under its definition as “hostile debts”:

“Hostile debts” can be defined as debts incurred to suppress secessionist movements[.]

Under the concept of odious debt, none of the states in Africa that seceded from colonial powers paid any part of their national debts. Certainly, any accounting should not run exclusively against the seceding state. If it is true that these states were exploited, then quite the contrary: The colonial powers subtracted from the new states’ national wealth and should repay it – which of course has not been done. In any case, the seceding states repudiated the debt under another definition of odious debt – that it was

clearly in contradiction to the interests of the people of the entirety of the former State or a part thereof […and that…] the creditors, at the moment of paying out the loan, were aware of its odious purpose.

The concept of odious debt is not a spurious notion, but is one in principled contention with the established one of pacta sunt servanda (contracts must be honored). Article 38 of the 1983 Vienna Convention on Succession of States in Respect of State Property, Archives and Debts reads in part:

Nor is this concept a product of modern scholarship, e.g., Éric Toussaint (2019), Michael Kremer and Seema Jayachandran (2006), Alexander Nahun Sack (1927); it has an intellectual pedigree of 400 years:

Grotius (1625) held that contracts made by the sovereign that are of no advantage and harmful to the State should not be honoured[.]

The history of past secessions are a muddled guide as well. The United States did not assume any part of Great Britain’s debt in 1783, nor apparently did Norway assume any part of Sweden’s in 1905. It seems that seceding Singapore and Bangladesh paid some part of the national debt of the country that they left. The countries seceding from the former Soviet Union did pay a share of the USSR’s national debt, but only after intense pressure from international bankers, who threatened to cut off future lending to non-payers. Under similar pressure, each of the states emerging from Yugoslavia also agreed to accept its share of the parent nation’s national debt. However, the bankers surely issued a poker bluff: For if it is true that such debt would become the new nation’s sovereign debt, then it should also be true that international banks never lend to those nations having defaulted on sovereign debt, which is absolutely false. A few of the dozens of sovereign debt defaults include Russia (1917, 1998), Mexico and a dozen other Latin American nations (1982), Ukraine (1999), Nicaragua and Ecuador (2008), Ecuador and Lebanon (2020), Argentina (2001, 2020, etc., etc.), and most famously, that paragon of states:

The United States is famous for never having defaulted on its debt, except that it has. In 1862, the government defaulted on demand notes, in 1933 it defaulted on gold bonds. It also effectively defaulted in 1968 by refusing to redeem silver certificates and did so yet again in 1971 when it went off the gold standard.

Academic attempts to establish a formula for apportioning national debt upon secession have failed. Daniel S. Blum offered several methods of calculating this apportionment: By per capita share, by State GDP share of national GDP, by the ratio of State benefits received versus State payments made, and by a detailed State versus national comparison of asset and liability classes. But Blum solves nothing, since each method yields a different, equally “just” result. Indeed, reckoning by his third method would result in Texas paying nothing at all. Other equally plausible methods could be offered. For example, a historical reckoning by the number of votes cast by the Texas Congressional delegation in favor of each debt increase, compared to the other States’ votes in favor. Or again, if the borrowing that formed the national debt resulted in capital formation or redistribution that provided a net benefit to those outside Texas, then those recipients owe Texas a repayment for helping to effect it. If this borrowing provided a net benefit to the citizens of Texas, then those demanding some repayment must calculate what part of it went to the exclusive benefit of Texans, at the expense and detriment of the larger economy. Any amount resulting in mutual benefit requires no repayment.

The debt-to-GDP ratio of the United States currently stands above 100%, even if one takes the much lower percentage that considers only “debt held by the public” – as if debt held within the government magically “doesn’t count.” The true debt-to-GDP stands above 136%. This means that the government of the United States is in fact bankrupt. There can be no determination of the national debt until it is written down in a liquidation. This of course does not mean that the United States “goes out of business,” any more than the bankruptcy of Puerto Rico in 2017, the largest in the history of the United States, meant that this territory “went out of business,” since there is separate legal provision for governmental bankruptcy. However, it does mean that the government must come to terms with its bondholders, who must “take a haircut,” just as the government must agree to follow legally imposed austerity measures. Until this reckoning is performed by the courts, any statement of proportional debt supposedly owing will be grossly overstated.

In any case, if as a practical matter a fair apportionment of the national debt of the United States could be determined – which cannot be done – it would not be payable to the government designated as the United States of America. It would be payable directly to the individual bondholders of that debt. If the goal is a proportional sharing of this debt, then the Republic of Texas is justified in awaiting the day when the United States begins to pay off these bondholders, when it might retire its share of the debt in like proportion. But who is fooling whom in this charade? Any reasonable person knows full well that the United States has no intention of ever attempting to pay off any part of its $30 trillion dollar debt, since this enormous sum cannot be repaid. Clearly, any clamor to impose upon Texas a “fair share” of the national debt is nothing more than an exit tax, whose sole purpose is not equity but confiscation, and furthermore an odious debt as previously defined.

But why should the central state want to shift off its national debt? According to the Keynesian and Modern Monetary ideologies that rule Federal economic policy, debt is a good thing; national debt creates wealth, creates jobs, and prospers economic activity in general. Under this prescription, a reduction of the national debt, to say nothing of its eventual elimination, was never contemplated. Texans therefore could not in good conscience impose their hillbilly household views of debt on a Federal government whose celebrated luminaries of Northeastern academe champion a robust national debt. Texans will magnanimously forgo any claim on this treasured debt. Logic, justice, and the big-hearted cowboy way demand that they must leave it as a parting gift.

Finally, one must not be blind to the elephant in the room: One of the very reasons for choosing secession in the first place is the fact that Texans wish to escape the destructive indebtedness of the United States. It is absurd that they should cast it off, only to pick it up again in the republic formed to escape it. It is duplicitous to assert that “the elected representatives of Texas voted to augment the debt,” when every honest person is aware of the political framework that made that debt possible. That framework rests on “pork barrel” politics of majoritarian absolutism, on beggaring member States in the name of the “common good,” and in general on the fiction that there exists a “society” that may be plundered without consequence to the individual members of which it is constituted.

But let us assume for completeness of argument that by their saber-rattling and intimidation, the functionaries of the United States impose a part of its debt on the Republic of Texas. Very well: Any fictitious accounting may impose any number it pleases. The Republic of Texas does not fold to the poker bluff of international banking. Let the world know that the Republic of Texas cheerfully and in advance announces that it will repudiate every last penny of the exit tax of apportioned debt. The Gordian Knot of debt settlement is untangled with a single stroke.

In this article:featured, National Debt, Texit 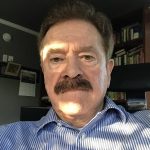 T.L. Hulsey is a retired computer programmer living in Guanajuato, Mexico. He blogs at lewrockwell.com and abbevilleinstitute.org. His published books can be found on Amazon.