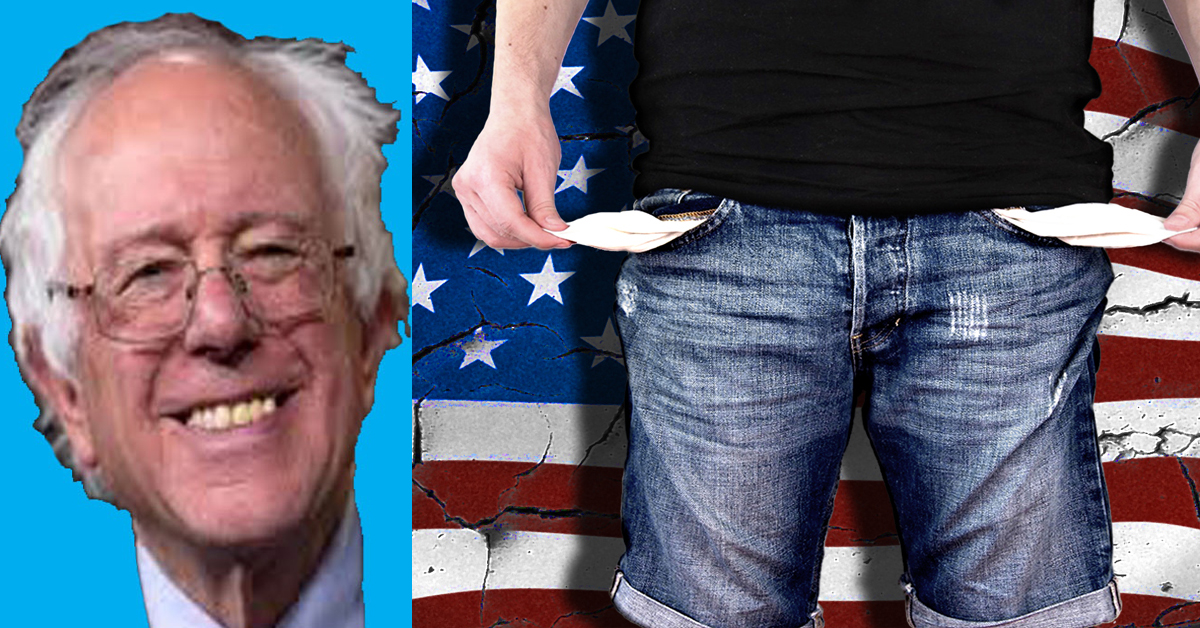 The Bernie Sanders plan referred to as “Medicare for all” has finally been put under serious analysis. If you understand even rudimentary economics, you won’t be surprised to know that such a scheme would take the already broke Union and make it super-broke… if such a thing is conceivable.

Featured in an article at ABC News, the Mercatus Center at George Mason University has concluded this self-titled Democratic Socialist’s plan will cost the nation $32.6 trillion in the first 10 years. Just to give you some scope, the current total of Union debt is nearing $22 trillion and the current Gross Domestic Product is only an annual $19 trillion. This is not simply a matter of adjusting tax-rates to pay for this. Frankly, there will never be enough money to pay for something like this.

Hard as it is to believe, Medicare for all is a serious proposal and a motivator for many voters out there. However, what this proposal amounts to is a race to tank the economy. Neither the U.S. nor any country/union can sustain the levels of deficit spending that the federal government currently engages in. Eventually, we will exceed our capacity to even pay interest payments on the debt. When that happens, the dollar will sink like a stone, along with all our savings. Adding Medicare for all simply hastens that day of reckoning by adding trillions more onto our already massive tab. Remember, there are no serious politicians doing anything about the debt crisis, and, if not for the conniving of the Hillary campaign in 2016, its conceivable that Bernie Sanders might be President today. A future President Sanders is still a real possibility.

Of all the reasons for Texas to sever ties with the Union, the impending fiscal collapse of the U.S. is the most critical. When that happens (not if), it will have catastrophic effects throughout the world. However, if Texas were today to establish a complete return to sovereignty, as is its right, we could begin preparations for that soon-coming day, to insulate ourselves and mitigate the damage. If we wait, we may look upon the fears we had for a hypothetical independent Texas as a relative blessing compared to the stark realities of the crisis of hyperinflation.

In this article:featured, fiscal collapse, medicare for all, National Debt, Ryan Thorson, Texit