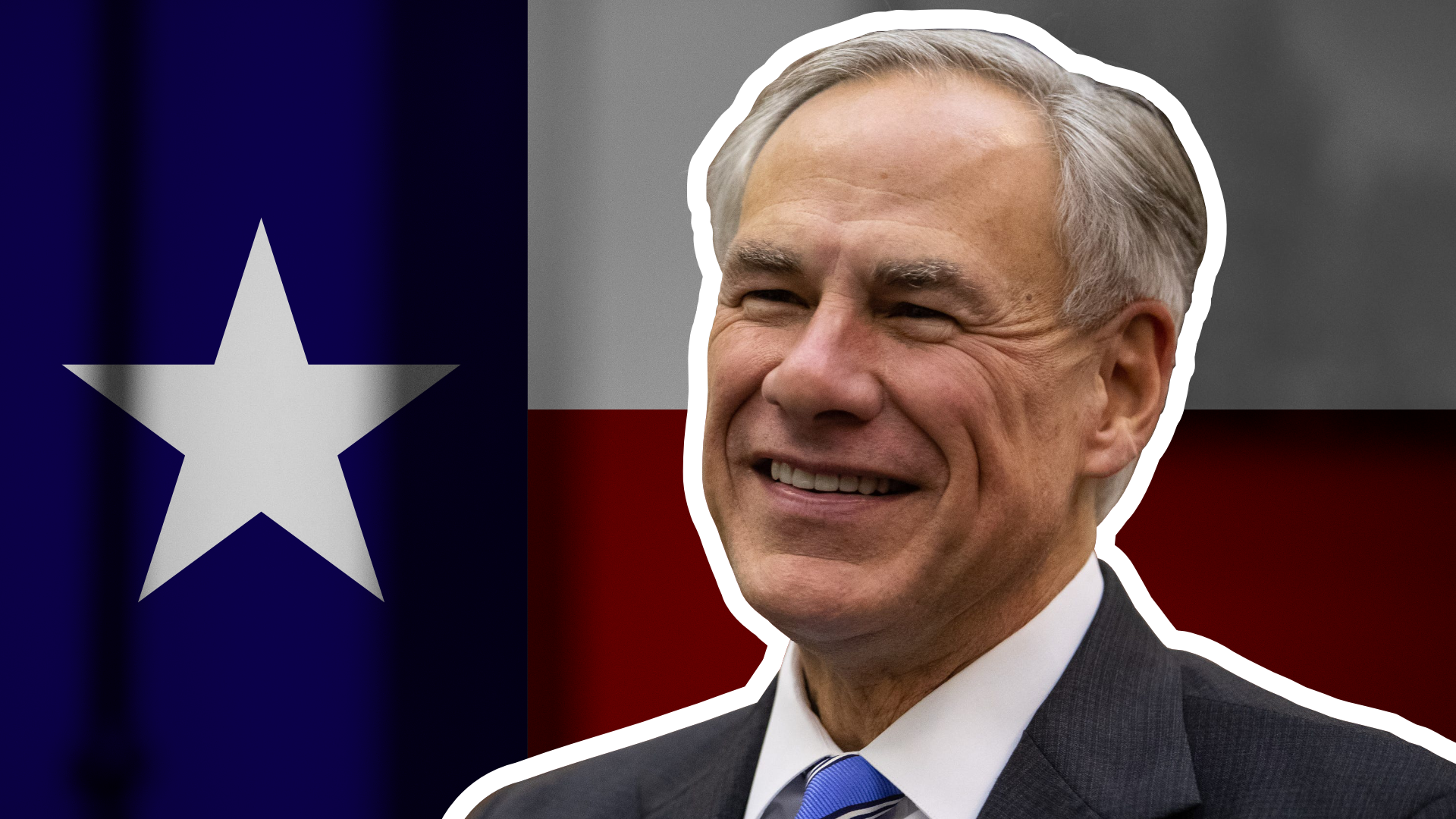 Texas governor Greg Abbott was inaugurated for his third four-year term on Tuesday at the Capitol.  His speech featured few surprises, but there was a nice surprise at the event.

Mainstream media reporting on the event highlighted consistent themes in his speech.  He mentioned children and education, hinting at cultural issues and a bias against “indoctrination.” “We must remember this, our schools are for education, not indoctrination,” he said. “Schools should not push social agendas.”

He talked about Texas’ economy ranking 9th in the world in GDP, because of our natural resources and our tendency toward limited regulation and interference in business.  All that’s true, but imagine what it would be like if we didn’t have to ask the Federal government what regulations we “needed” for business and industry?

Abbott also quoted the first verse of “Texas, Our Texas” in its entirety. To choose the Texas song over “God Bless America” or some other nonsense is a nod to Texas nationalism. “So wonderful, so great. God bless you, Texas, and keep you brave and strong!”

Some pundits are already pointing out that his speech didn’t come across as leading up to a US presidential run in 2024.  There have been no trips to Iowa or New Hampshire, and less chest-thumping than is currently coming out of Florida.  To his credit, Abbott says he won’t even think about the US stage until he gets through this legislative session.  The media seems to poke fun at him for not following the path of Bush and Perry, and wonders if he’ll just “retire and make money.”  Whatever he chooses, focusing on his duties as the governor of Texas is the right answer.  Texas does better when our leaders aren’t treating their work as the JV team for the Federal government.

In another fine piece of punditry, the Dallas Morning News speculated that Abbott is likely to go down in history without a “signature achievement.”  He hasn’t pleased everyone of course, but has done a steady job of crisis management between border issues, school shootings, a power grid meltdown, and the Covid pandemic. He hasn’t tried to sink the Texas economy, unlike his Federal counterpart.

A Democratic Party consultant Colin Strother put it this way:

“He’s based his entire career on inertia, and most of us are expecting him to double down on that and not break any new ground. . . From a political standpoint, it doesn’t make sense for Abbott to take big swings. What makes sense is for Abbott to look both ways, cross this road and very carefully and deliberately maintain his position and his trajectory.”

To be fair to context, Strother was speaking about Abbott’s upcoming term in light of a potential 2024 presidential run.  Even without that as context, his assessment of Abbott matches mine.

Abbott hasn’t taken many risks for Texas.  He toed the line on Covid restrictions, and has been among the slowest in the nation to withdraw the emergency declaration.  He did initiate Operation Lone Star and say “invasion,” but he distinctly has not used his constitutional powers to close the border.  He sends strongly worded lawyer letters and (correctly) blames Biden for much of the border chaos, but he also stays well within the lines when it comes to proposing actual solutions.  He stayed within the party when it came to issues of abortion and concealed carry in the last session, but has strayed from the grassroots with his support of Democrat committee chairs.

Is that level of balance bad?  Can you win a ball game once in a while with base hits and walks and overcome the occasional strikeout?  Sure, but nobody watches baseball for the base hits, walks and strikeouts.  Abbott doesn’t often swing for the fence, and he’s rarely “clutch.”

There are two meatball pitches coming right down the middle of the plate: border security and Texit, and the bases are loaded. The first pitch is right there and hittable for a home run.  If he’d direct the Texas Guard to secure the border for real, not just “assist” the border patrol, that would be worth standing up and cheering for.  Swing, Greg!

The surprise at the inauguration was a plane.  You can hear it in the video coverage.  You can see it on Twitter.  Behind the plane was a banner signaling another pitch right over the middle of the plate: “We want a vote on TEXIT!”  If Greg would swing, we’d advance the runner.  If he’d hit the ball, we’d score.  If he swung for the fence, the game is won.  Swing, Greg!!

Abbott may not be the Governor we need, but he’s the Governor we have.  At least he’s in the game, not playing donkey-baseball like one of those carnival side-shows his opponent was.  When your all-singles-no-homers guy is at bat in a tight situation, you still cheer for the man.  Pointing out his flaws isn’t going to help.  Pointing out how you or some other guy would have hit a home run last inning isn’t going to help.  Even Trolling him on social media after a strikeout isn’t all that helpful, as fun as it may be.  It’s been said that politicians are like wind socks, pointing where the wind blows.  Sports fans, be the wind!  Cheer on the man toward Texit.  Swing, Greg!