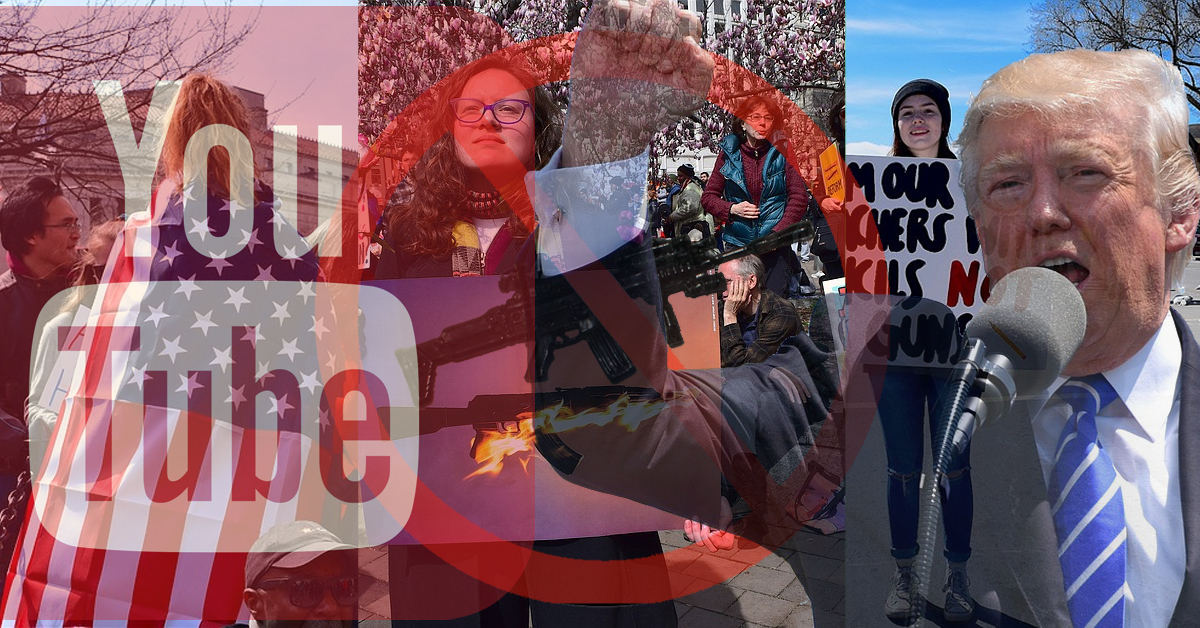 Yesterday, the grounds around the YouTube campus were attacked in yet another shooting perpetrated by a deranged gunman. The event ended with the injury of several people and the shooter’s suicide. Some in mainstream media, and certainly the celebrities on social media, were quick to give their hot-takes on who this right-wing gun-nut was, only to within hours learn they were wrong on all counts. And in a detail that was likely very painful to many on the left, the shooter was a vegan blogger. That’s bad luck, I guess! It’s hard to press your anti-gun agenda when your monster doesn’t quite fit into your preferred rogues’ gallery. But not to worry! Rest assured, they will try to make their case anyway. And why not? Low-on-facts emotional appeals in the wake of tragedy is the weapon of choice for the enemies of the second amendment. And much to dismay of law-abiding, gun-owning Texans, these political players have been very successful at moving their particular ball down field.

In the wake of any mass-shooting, you can always count on second amendment opponents to unfurl their banner and press hard their case in the public sphere. Additionally, you can also expect the vast majority of the media to shamelessly promote their anti-gun agenda, almost completely stepping away from their pretense of objectivity. It makes no difference if such advocates leave important facts out of their narratives (i.e. suicides account for more than 60% of the gun deaths usually referenced, or note the long-time steady decline of all crime), the media won’t correct such omissions or even errors. In fact, they’re more likely to merely pass them along, unchallenged. You can always be certain that the MSM and their allies are focused on the goal of removing America’s right to bear arms. While the less-honest gun-control advocates will deny this, many of them, including high profile 2A adversaries, will occasionally let the mask slip. Recently, in the midst of the Washington protest on the matter (the so-called March For Our Lives), former Supreme Court Justice John Paul Stevens seemed to advocate for the total repeal of 2A , writing:

‘Overturning that decision via a constitutional amendment to get rid of the Second Amendment would be simple and would do more to weaken the NRA’s ability to stymie legislative debate and block constructive gun control legislation than any other available option.’

Meanwhile, those who look to Trump and the Republicans to hold-the-line on gun-control may have misplaced their trust. If the GOP protects the second amendment at all, it’s only maintained as you would preserve left-over cherry pie: delaying the predictable disappearance of that last slice. While rarely, openly advocating for gun-control measures, Republicans are certainly not above quietly slipping such measures into the crevices of giant spending bills… when they think they can get away with it. Consider the recently passed atrocity, the 2018 omnibus bill. Hidden in it’s 20,000 plus pages lie GOP gun-control measures called the Fix NICS. According to the Washington Times, the Fix NICS measure is similar to the recent Cornyn-Murphy measure that lacked the votes to get through Congress. The author, Cheryl Chumley, added:

This measure presses for more mandates on gun purchase. And the measure failed while traversing the constitutionally approved legislative route.

If Republicans in Congress want to pass gun control, they should do it openly, in full view of the public, standing firm in the face of whatever criticisms may come.

Also cited in the article, Senator Rand Paul tweeted about the omnibus recently signed into law by President Trump:

It’s a good thing we have Republican control of Congress or the Democrats might bust the budget caps, fund planned parenthood and Obamacare, and sneak gun control without due process into an Omni…wait, what?

The point is perpetually clear: Washington under any party is not a friend to freedom-loving Texans. Sure, Democrats will attack rights such as 2A quicker, with more gusto, but Republicans will get us to the same gun-free destination eventually. If you find the provisions in the omnibus un-concerning, you’re probably missing the point. In the politics of incrementalism, you should be considering what the next thing will be now that this latest curtailment has been conceded to. It’s not like the anti-gun crowd will be satisfied and go away! When your gun-rights go away, then they will move-on.

The only way to protect the right of Texans to bear arms from from a federal government determined to eventually relegate the second amendment to the dust-bin of history is to assert our tenth amendment rights, reclaim full Texas sovereignty, and resign the Union. All other measures are a delay tactic, a losing battle. In light of the otherwise inevitable total-supremacy of the federal government, those that still want to bet the farm on Washington, giving it another thousand chances, might want to sell their guns now, while they’re still allowed to get something for them. For make no mistake, momentum is on the side of the gun-grabbers, and Washington is more likely to help them achieve their goals than stand in their way.