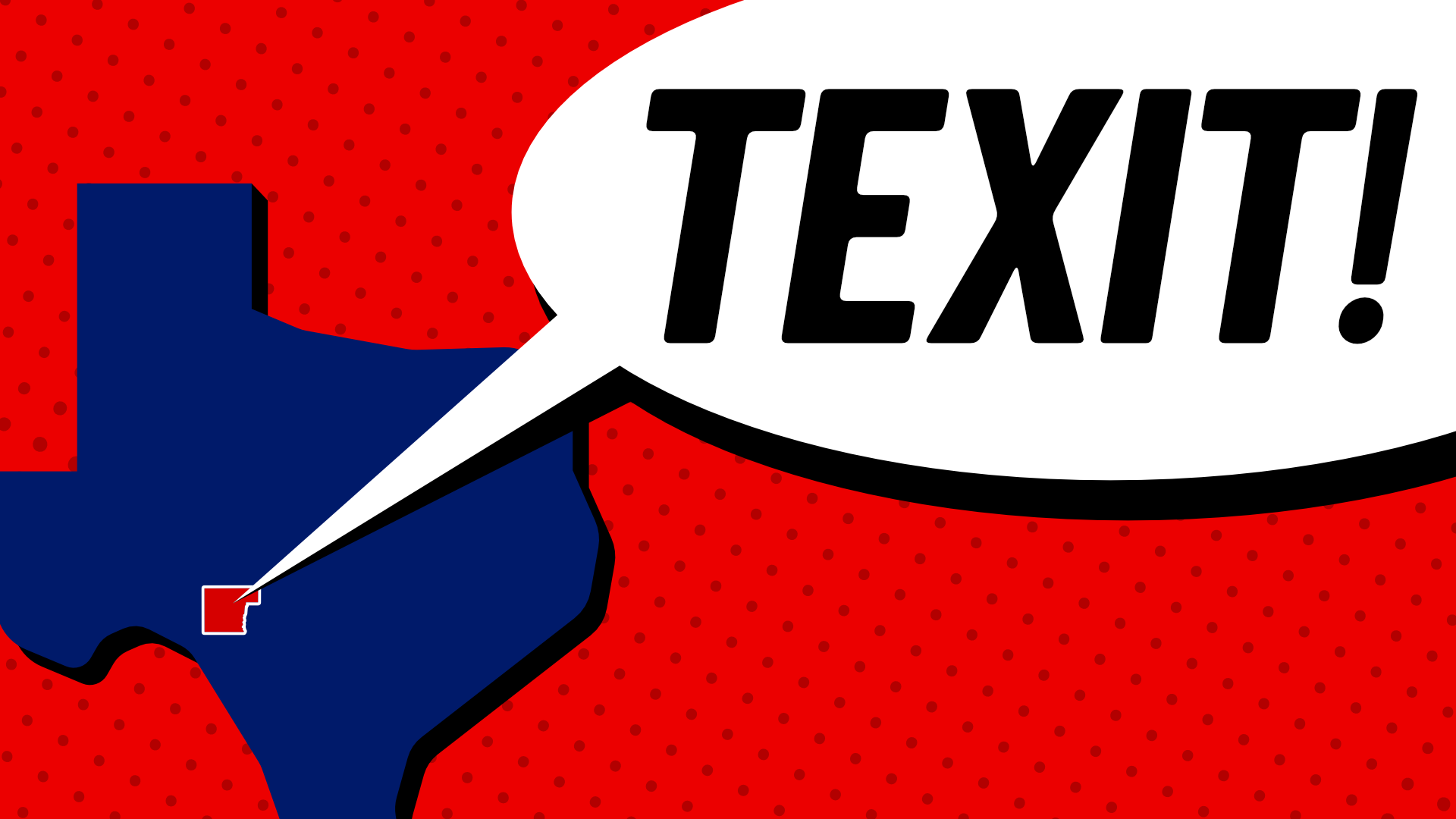 Edwards County, Texas commissioners’ court has passed a resolution calling for the legislature to pursue a TEXIT vote consistent with the Republican Party of Texas platform.  Citing ongoing problems with the Federal government and laying out Constitutional grounds for legal separation, the court made a claim for self-determination.

Commissioners laid out several grievances against the Federal Government, including the federal debt, usurpation of state sovereignty, restrictions on private businesses, restrictions on the right to keep and bear arms, and the abject failure of federal border and immigration policies, among others.

The resolution calls on the Texas Legislature to put TEXIT on the ballot in accordance with planks 33 and 225 of the 2022 Texas Republican Platform, which passed with nearly 90% support of the convention.

Edwards County is in House District 53, represented by representative Andrew Murr.  During the last legislative session, Murr indicated his support for giving Texans a vote on TEXIT, although he didn’t officially sign on to the Texas Independence Referendum Act.

Daniel Miller, President of the Texas Nationalist Movement, had this to say about the resolution:

Edwards County is the first county to pass this resolution, but it most certainly won’t be the last. Pressure is mounting on legislators, and statewide elected officials to, at a minimum, put the TEXIT question on the ballot and let the people of Texas vote on the issue. We saw it at the Republican convention when nearly 90% of the delegates voted for the two planks calling for a TEXIT vote. We saw it reflected in this year’s SurveyUSA poll that showed 66% of likely voters want TEXIT to happen. Now, we’ll start seeing it in the counties as more commissioners introduce resolutions echoing that sentiment.

It’s easy to understand why the sentiment exists. The reasons listed in the Edwards County resolution are the tip of the iceberg. As Texans continue to feel the impact of our continued relationship with the union at the gas pump, the grocery store, in their schools and workplaces, and in their communities, it’s now only a matter of time until Texans get the opportunity to solve the problem once-and-for-all.

Here is the resolution in its entirety.

In this article:edwards county, featured, Texas