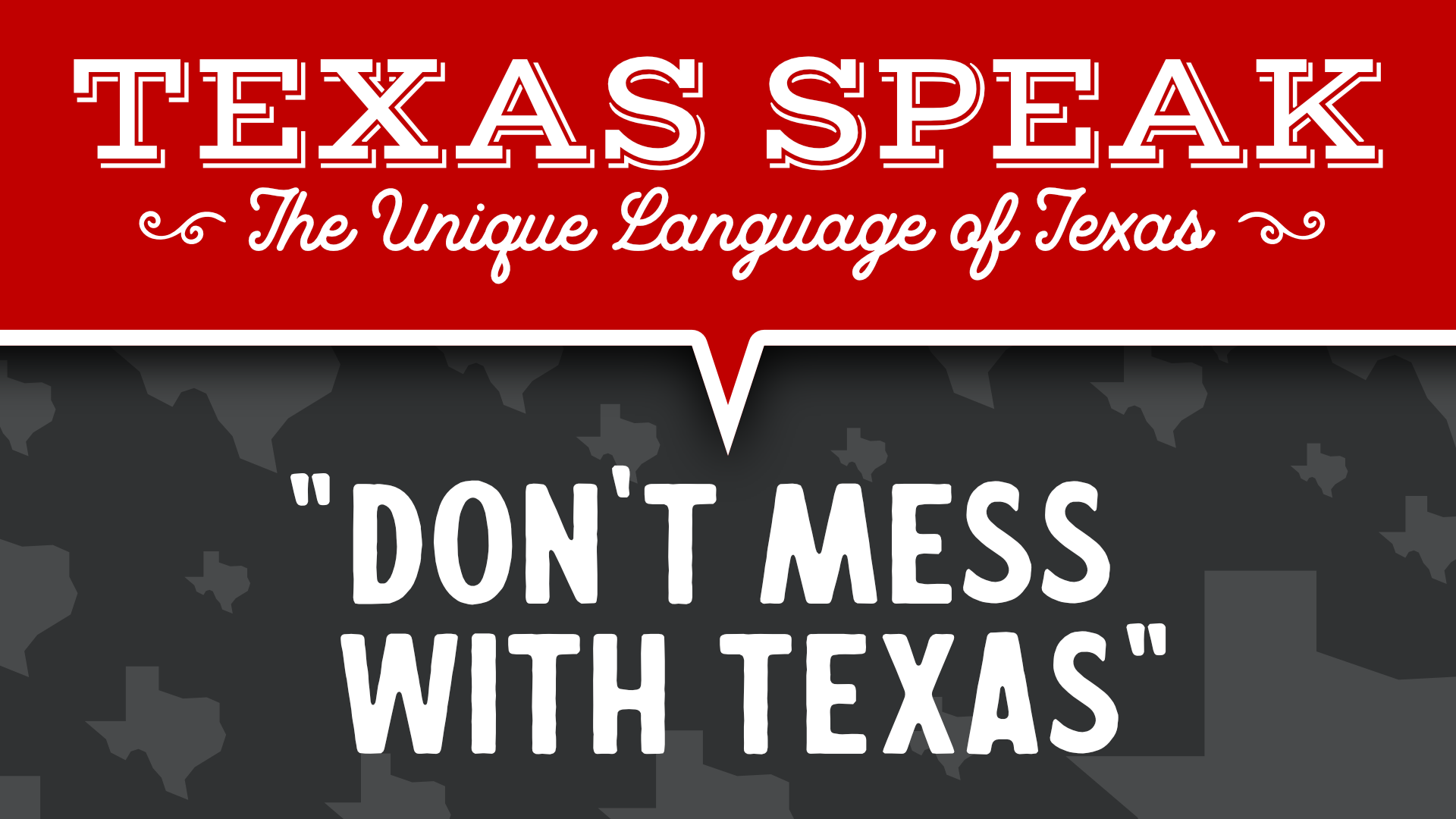 The “Don’t Mess With Texas” slogan has been around since 1986.  Where does it come from, and what does it mean?  Who’s making a mess, and where?

Way back in the late 1900’s, it came to pass that the state of Texas was spending upward of 20 million dollars a year on cleaning up the trash on the side of the highways.  After considering boring slogans like “Don’t trash our highways” or “Don’t litter in Texas”, the advertising agency tasked with the project realized that many Texans refer to a trashy, cluttered scenario as a “mess”.  From this realization, “Don’t Mess With Texas” was born.

A commercial featuring Stevie Ray Vaughn aired during 1986 Cotton Bowl, and the campaign was an immediate hit.   Soon the slogan was plastered everywhere: bumper stickers, truck stops, roadside parks, and highway signs.  The best part is, it worked!  One year later, studies found a 29 percent reduction in litter on the road. The next year it was down 54 percent and by 1990, it was down 72 percent from 1986. The campaign continues today, featuring many famous Texas faces from Willie Nelson to Erykah Badu to Matthew McConaughey.

Like many things Texas, the slogan got a life of its own.  What started as a “keep your trash in the car” campaign 36 years ago has morphed into a part of the Texas ethos.  It’s on T-shirts and hats.  The state owns the trademark and collects royalties for its use.  When a native says “don’t mess with Texas” it could mean a wide variety of things:

“Keep your trash to yourself, not on the side of the road”

“Texas can stand up for itself”

“When Texas wants your opinion, we’ll ask for it”

The “don’t mess with Texas” attitude is most definitely a part of the philosophy of the Texas Nationalist Movement.  Self determination without interference is a quintessential expression of the slogan.

Whether it is reducing trash or reinforcing Texans’ hubris, “Don’t mess with Texas” has, in the words of the slogan creator Tim McClure, “so reached into Texans’ DNA that I think they just feel like it’s been around forever.”

In this article:don't mess with texas, featured, texas speak