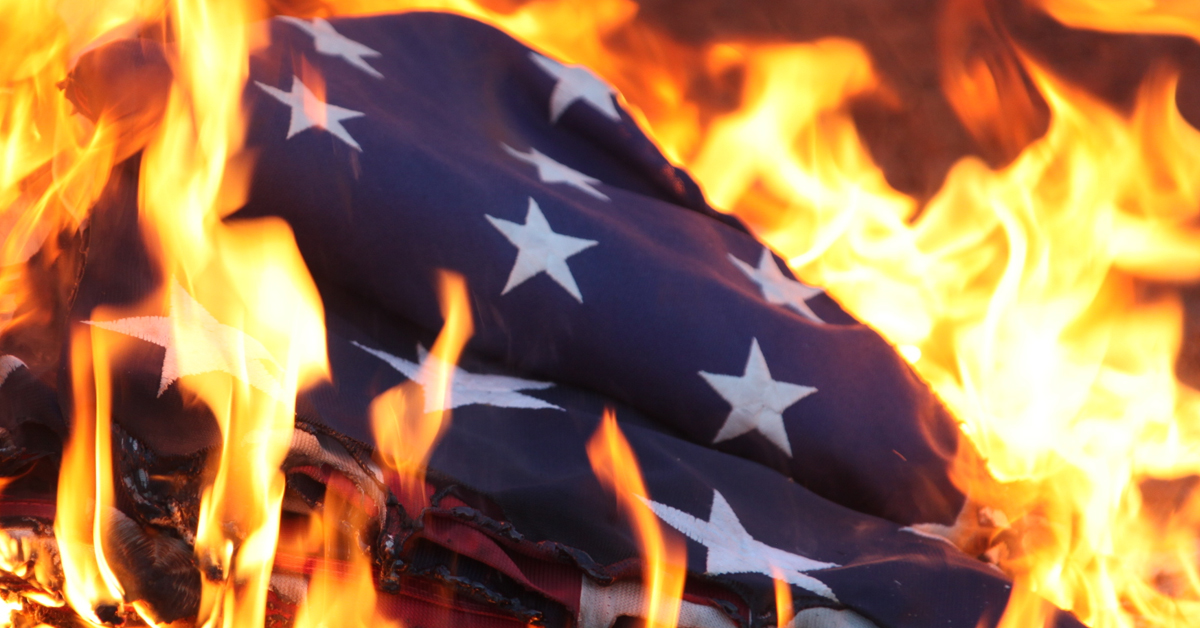 It is no secret that the United States are becoming increasingly polarized. If the way federal elections seem to always be a near 50/50 split didn’t convince you, perhaps the increasingly common political violence in the streets over the last few years might. Furthermore, a growing number of Americans believe that conditions are so bad that armed conflict with ourselves is inevitable. Namely, civil war.

Though the word has been bandied about in the media, mostly in their crusade to lay blame at the feet of the President for issues that have been building up for a long time, presumably with the implication that Trump’s removal will make everything peachy again, there really is something to the idea that a common identity as Americans is no longer enough for us to remain connected. The fear that the political dichotomy in America has become so vast and so unreconcilable that it will soon come to open war is growing more and more common.

According to a late June Rasmussen poll, 31% of likely U.S. voters think it’s probable that “the United States will experience a second civil war sometime in the next five years, with 11% who say it’s Very Likely.” That’s nearly one in three. Additionally, even some politicians have started signaling that civil war is becoming a progressively unavoidable fate.

Responding to an incident in Portland where left-wing activists shut-down an ICE office, took down its American flag and replaced it with a “Refugees Welcome” banner, Iowa Rep. Steve King likened the situation to events that led to the American Civil War, tweeting:

America is heading in the direction of another Harpers Ferry. After that comes Ft. Sumter.

Whether things will escalate to the point of a shooting war or not, it is clear that Americans are deeply divided politically, with very little in the way of common and uniting values; we are a house divided. America can’t continue trying to hold up both the Jeffersonian values of limited government and also promote the philosophy of Karl Marx; they are mutually exclusive. Also, how much longer are we going to maintain government of the 51%? To have that little consensus, constantly revolving between the control of the left and the right, is oppressive to both sides, making both sides feel more and more justified with breaking the rules to advance their beliefs during their tenure.

Let’s be honest! The federal experiment has failed. However, that doesn’t mean that we necessarily need to start killing each other. Why couldn’t both sides get what they want? A solution that could avert civil war is this: separation.

If States like Texas prefer government that is limited, lives within its means, and recognizes the individual’s right to liberty over their own life and success, why shouldn’t Texas get that? If California wants more centralization and a controlled economy, valuing a state that promises welfare in lieu of Liberty, why shouldn’t they get that also? It’s not Texas’ responsibility to subsidize or clean-up after California, nor California’s job to liberate Texas from its freedom. Both should go their own ways, only coming together for commerce or in times of war. Otherwise, both should be free to reap the benefits of or suffer the consequences of their own political choices.

Sure, state separation won’t solve all problems, but isn’t letting people be free to govern themselves at least preferable to one side feeling they must kill-off enough of the other side to get their way? This sort of calculation may even now be growing in the minds of some. Is our will to dominate the other side greater than our will to live in peace and freedom? Do we hate the thing we are against more than we love the thing we’re for? I hope not. Instead, we should accept the reality that we can live together better separately than we can through the perverse game of alternating governments, swapping out identities of subject and master, with society in perpetual arrested development. Let’s give peace and freedom a chance. Let’s separate, for the good of all.