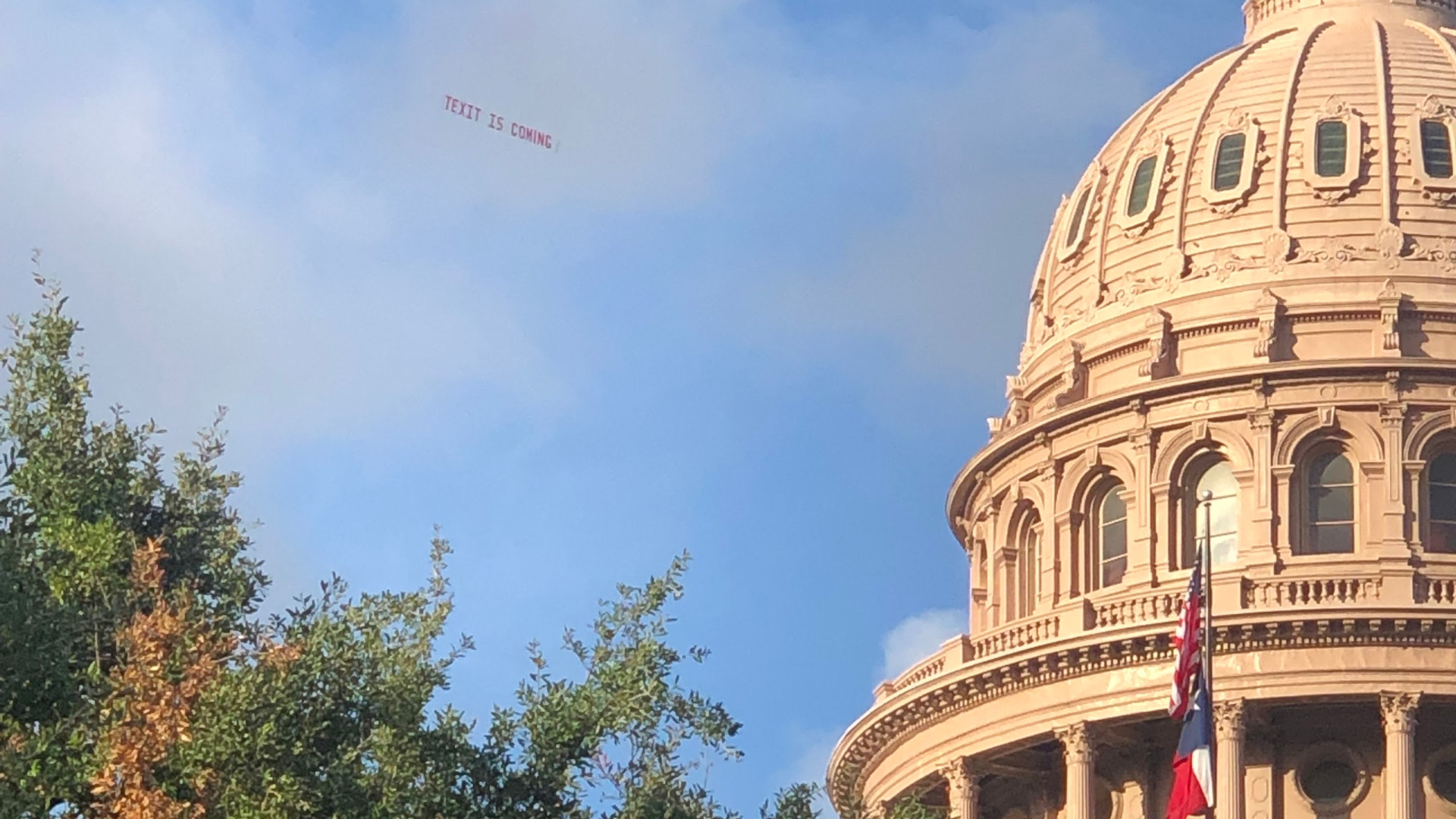 Now is the time to call and write your legislators about the Texit bill.  Don’t think it’ll work?  Here are some times that advocacy has changed the law in Texas.

The difference between Texit success sooner rather than later all depends on the immediate and direct actions of Texan patriots to influence the Texas legislature.  The more calls, visits, and letters they get, the more they care, and the more they care, the more progress Texit makes.  We say it often that if politicians are wind socks, we are the wind.  We can advocate and make them move in our direction.

Don’t believe me?  Don’t think it’ll work?  The Texas Tribune put out an article today highlighting several  different issues where consistent advocacy resulted in legislation.  They’re no friend of Texit, but they do accurately highlight how the legislative process works, so we’ll use their content to help our cause.

“The Legislature moves slowly, and it’s much easier for a bill to fail than to pass. But civic engagement and advocacy from members of the public can make all the difference in whether a bill passes.”  That’s The Tribune’s Maria Mendez’ thesis in the article, and she’s absolutely correct.  Here are their examples.

After the sudden cardiac death of his son Cody, a star football player, Crosby, TX resident Scott Stephens began advocating for legislation to allow an electrocardiogram (EKG) as part of the school athletics physical.  “You can’t just take a bill over there and expect it to pass the first time,” said Stephens, a real estate appraiser. “You got to kind of build your case. And you can’t quit. It’s not a sprint. It’s a marathon.”  Cody passed in 2012, and the bill was finally passed in 2019 allowing students to opt-in to an EKG as part of their school physical.

Since 1993, portions of the state sporting goods taxes have gone to fund state parks.  The amount allocated has fluctuated over the years as legislators used the funding for other causes in some budget cycles. In 2019, the legislature passed a bill authorizing a vote on a constitutional amendment to make all of the revenue available to fund the parks.  “There were almost 100 groups that stood by the sporting goods tax legislation in 2019” according to Scott Briscoll, one of the advocates involved.

Reducing the number of “high stakes” tests for high school students only took one legislative session.  After Texas psychiatrist Theresa Trevino received notice from her children’s school that there were 15 various benchmark, semester, and end of the year tests that were must-pass for graduation, she began to advocate for legislation that limited the number of major tests.  Her organization proved that Texas was an outlier, with more tests than many other states. Legislation passed in 2013 limiting the number of tests to 5.

Laredo has a long history of fighting for local higher education.  In 1986, Laredo State University had limited offerings, only served juniors, seniors, and masters students,  and had no  PhD programs.  By 1995 through the efforts of legislator Judith Zaffarini, legislation passed officially labeling the school “Texas A&M International University”, a four year school serving undergraduate students at all levels.  The change increased funding and paved the way for doctoral programs.  How many legislators did it take?  It started with only one!

When it comes to Texit, we’ve had several legislators step up over the years.  Some stepped right back under pressure.  Others got redistricted, and others took other opportunities outside the legislature.  This session, your legislator could be “the one,” if you help them believe in the benefits.

For more information on how to share Texit with your legislator, visit www.tnm.me/legislature.

In this article:advocacy, featured, legislators, Texit