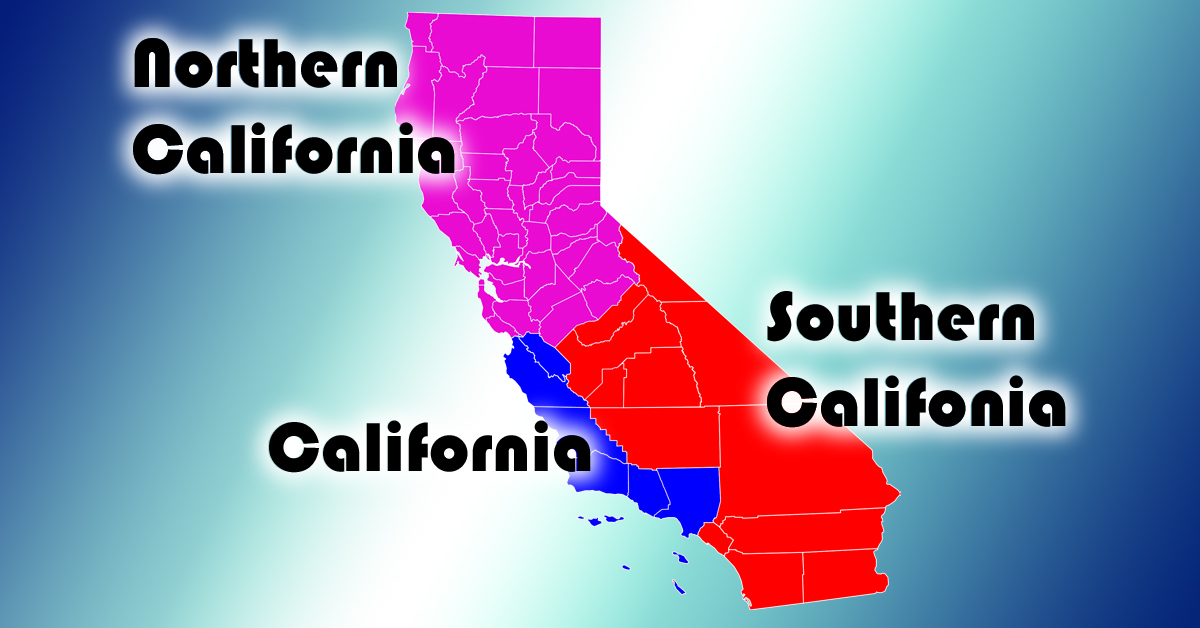 In the midst of the struggle between California and the federal government, as well as the struggle between California and itself, a possible solution has emerged: Split California into three separate U.S. states. While California has over the years toyed with various movements involving secession and independence, this current three-state solution has an advantage over past attempts, in that it has passed the threshold of registered-voter signatures to make it onto November’s ballot.

Under this proposal, assuming the ballot measure passes, assuming the legislature approves, assuming the United States congress allows three new would-be states to separate and accede to the Union, etc., California will be divided into the states of California, Northern California, and Southern California. According to an MSN article, the three will be largely equivalent in population, though the land and resource distribution will not be. However, the largely discredited SCOTUS case of Texas v. White may cause some trouble, as it argued that the Union and the states in the Union were indestructible. Although Article IV, Section 3 of the Constitution  argues otherwise (under certain conditions), for those that worship at the SCOTUS alter, this may seem binding.

Although it has yet to meet its signature threshold, there is yet one more proposal in the same vein: CALEXIT. Under this proposal, the whole of California would leave the Union and become an independent state. However, besides its difficulties with hitting that 366,000-mark for getting on the ballot, the Yes California initiative has another obstacle to overcome.

The mainstream media is filled with voices saying a State can’t leave the Union without permission from a majority of the other states, but nothing like that appears in the Constitution. Those referenced qualifications were imposed by the Salmon P. Chase in the previously mentioned Texas V. White, another example of legislation from the bench and just as illegitimate as any other time the court has stepped outside its constitutional mandate. If it were illegal to leave the Union two things would be evident: 1) it would be listed among the state prohibitions in COTUS, and it’s not; and 2) the original states would never have ratified the Constitution in the first place. Outside of maybe Alexander Hamilton, the founding fathers valued state autonomy. If COTUS was marketed to them as a Hotel California compact (“You can check-out any time you like, but you can never leave!”), we’d still be under the Articles of Confederation. However, while the Constitution and federal law may not legally prevent California from leaving, its own constitution might.

Under Article 3, section 1 of the constitution of California, it says that “The State of California is an inseparable part of the United States of America, and the United States Constitution is the supreme law of the land.” Simply put, California has taken independence off the table so long as this part of its constitution remains as is. The only legitimate way California could leave the Union would be for this impediment to be removed, but that’s not at all outside the realm of possibility, and a successful CALEXIT referendum could provide the impetus for the government in Sacramento to do just that.

While the result of both ballot initiatives is uncertain, November is shaping up to be an exciting month for California and the United States! It certainly would be fascinating if both efforts pass. However, as Texas V. White has something to say each of these measures, it’ll be interesting to see how it turns out. Will California and the U.S. finally recognize that only the Constitution is the supreme law of the Union, or will we resign ourselves to the biases of unelected judges as the true masters of America? Stay tuned.