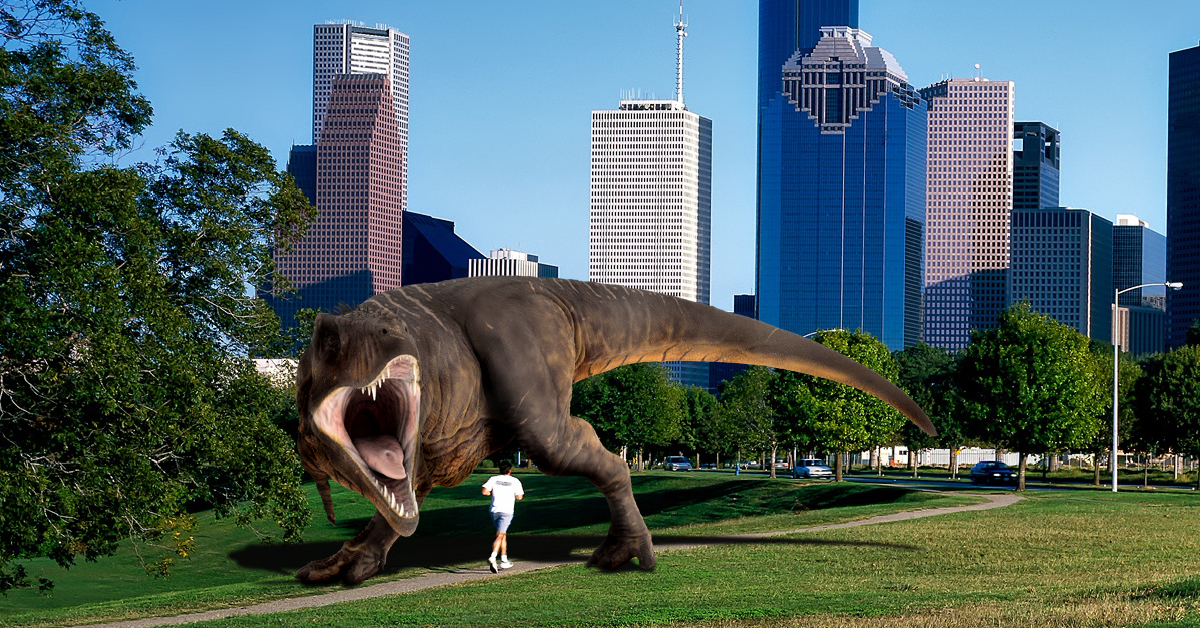 Giant sports venues are often deemed the ideal time to put in a plug for upcoming movies, and this year’s Super Bowl was no exception. During a break in the game, viewers were treated to the new Jurassic World: Fallen Kingdom trailer, and it was something else! Now, being a dinosaur nut as well as an enthusiast for all things Texan, I started thinking about these animals and their connection to our great state. As it turns out, Texas has played host to many discoveries about these beasts, from first-time finds of unique species, to cutting edge theorizing about the behaviors of these terrible lizards. Here are just a few examples of what Texas has preserved from our prehistoric past. 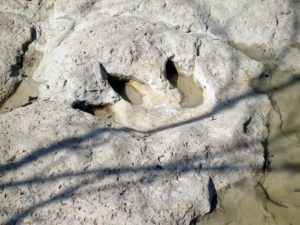 Located near Glen Rose, Texas, you’ll find Dinosaur Valley State Park, an area famous for its trails of preserved tracks from both theropod and sauropod dinosaurs. Discovered in 1909 by a nine-year-old boy, this site has ever since been studied by amateurs and paleontologists alike to learn what they can about these extinct beasts. The saurian trails at Dinosaur Valley stand as physical evidence that dinosaurs didn’t drag their tails while walking, as had earlier been thought.

The theropod tracks discovered in this now riverbed are believed to be made by Acrocanthosaurus, an early Cretaceous carnivore, the “fifth largest of North America.” The Sauropod tracks were likely made by a behemoth known as Sauroposeidon. 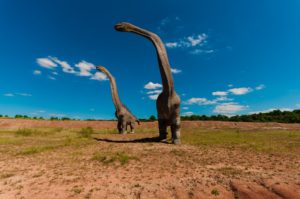 Sauroposeidon was titan of an animal, measuring 100-feet long and weighing-in at over 60 tons! This sauropod was first discovered in 1994 by Dr. Richard Cifelli along the Texas/Oklahoma border, and its name means “’earthquake god lizard’ because it was believed that when this dinosaur walked the whole Earth shook due to its size.” This animal was so large that it’s believed that, in maturity, it had nothing to fear from predators. 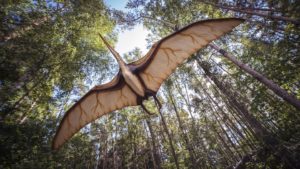 First discovered in 1971 by University of Texas student Douglas A. Lawson while he was conducting geological field work at Big Bend National Park, Quetzalcoatlus is the largest pterosaur ever discovered. Its wingspan measured 36-39 feet in length, comparable to that of small plane. So, think an ultralight that can swallow a man whole! Its namesake is the feathered serpent god from Aztec mythology, Quetzalcoatl.

Though Texas is not famous for being home to the Tyrannosaurus Rex (though specimens have been found here), the mighty Rex still has an important connection to the Lone Star State. This because, at the University Texas, researchers recently attempted to work out what the tyrant lizard-king actually sounded like.

According to an article from the Telegraph, arriving at an accurate approximation of a T-Rex call began with scans of T-Rex skull specimens. “The researchers were able to estimate just how deep T-Rex vocalisations got by analysing what the huge dinosaur could hear. Dr. Larry Witmer, at Ohio University, took scans of a braincase of a T-Rex fossil, which still contained the outlines of the hearing organs.” What they were able to synthesize was a far cry from the iconic T-Rex roar of Jurassic Park fame, more of a low-rumble blast similar to that of alligators, but the sound is still uncanny, powerful, and unnerving. 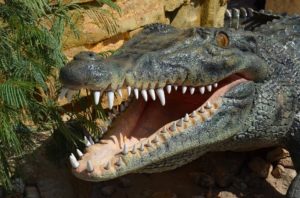 A specimen of Cretaceous reptile, Deltasuchus motherali, was dug up near Dallas-Fort Worth. At 20 feet long (small for its kind), this gargantuan crocodilian ate pretty much whatever it wanted, including dinosaurs.

The animal got its name from the teenage student who discovered it, Austin Motheral. However, for a prehistoric creature discovered in Texas, you’d think that the name Austin might have been the better one to attach to the beast. Oh well! I guess I’ll just have to wait and hope for the discovery of a Tyrannosaurus Tex-Houstonus!

So great is the paleontological heritage of Texas, I could go on and on about the unique discoveries made here. While Texas remains a wonderful place to live in many other regards, it’s nice to know that Texas also has such a strong connection to primeval antiquity, adding to the rest of her rich historical past, and making it that more special to be a Texan. So, after you go to see the latest film in Jurassic Park saga, be sure to also patronize your nearest Texas museum of natural history or such parks as Dinosaur Valley and help to preserve and appreciate these amazing animals from Texas’ ancient past.