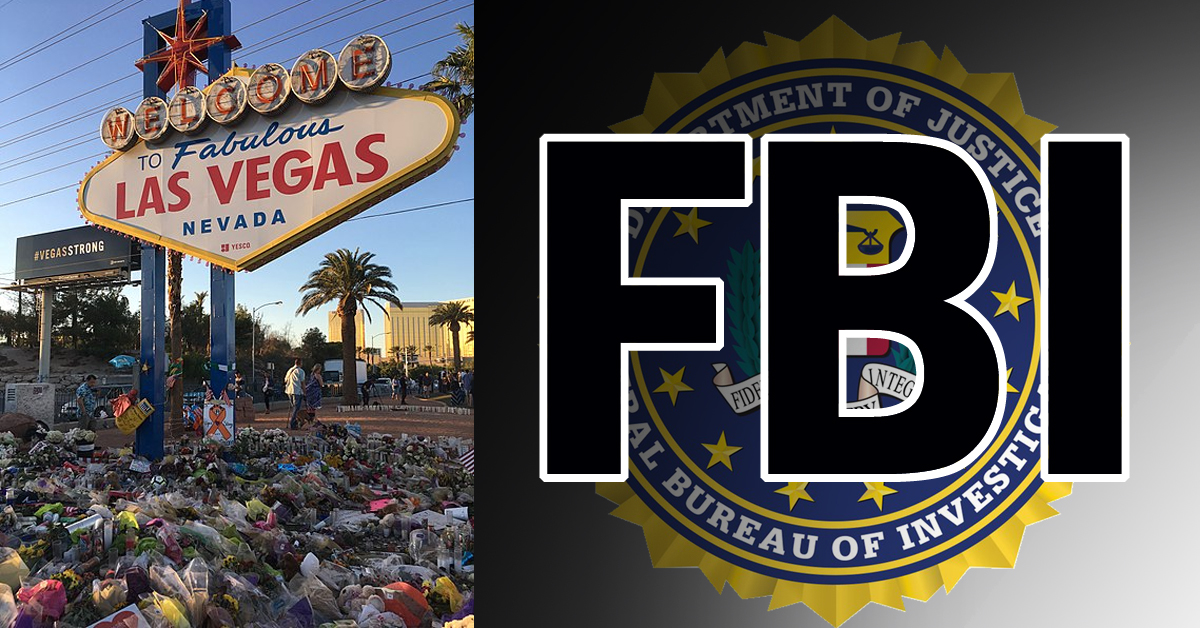 Photo of Las Vegas Sign on The Strip, as seen on October 9, 2017 by Rmvisuals (No Endorsement. https://creativecommons.org/licenses/by-sa/2.0/)

True pundit is reporting that the girlfriend of Stephen Paddock, the infamous Vegas shooter, has been revealed to be in the employ of the FBI.

The information came out in the form of a loan application where Paddock’s former girlfriend, Marilou Danley, listed the FBI as her place of employment. And while there is no official word from the FBI regarding an explanation for this, the Pundit’s sources within the bureau have speculated, but couldn’t confirm, that it is a possibility she may be a paid asset. However, they did add that the apparent revelation has their superiors worried.

This is only the latest in a long history of suspicious FBI activity related to mass-casualty incidents involving fire-arms. In addition to not releasing a motive for the Vegas attack that took the lives of over 50 people nearly one year after, the FBI has also failed to prevent mass-shootings despite having information that such crimes were likely to take place and the suspects were a known threat.

The Fort Hood shooter was known to be in contact with al Qaeda, even caught enquiring about Islamic martyrdom in an intercepted e-mail before he took the lives of thirteen. Yet, the FBI refused to arrest the Army chaplain, remove his clearance, or take any known preventative action. Additionally, the FBI had information that Islamic gunmen might attack an event in Garland Texas prior to it actually taking place, but our intrepid G-men did nothing to stop it. This pattern holds for many other incidents from the Orlando nightclub shooting, to the Parkland school shooting. Whether out of incompetence or some other less-than legitimate reason, federal law enforcement failed to protect the public.

We may never get to the bottom of any of these events, and it’s likely to remain a matter of speculation as to why the FBI had Danilou on the payroll. However, should the bureau confirm this and provide an explanation, with the FBI and other federal agency’s history of being less-than forthcoming with the American people and their past questionable actions that ended-up endangering or taking the lives of American citizens, can we believe it?