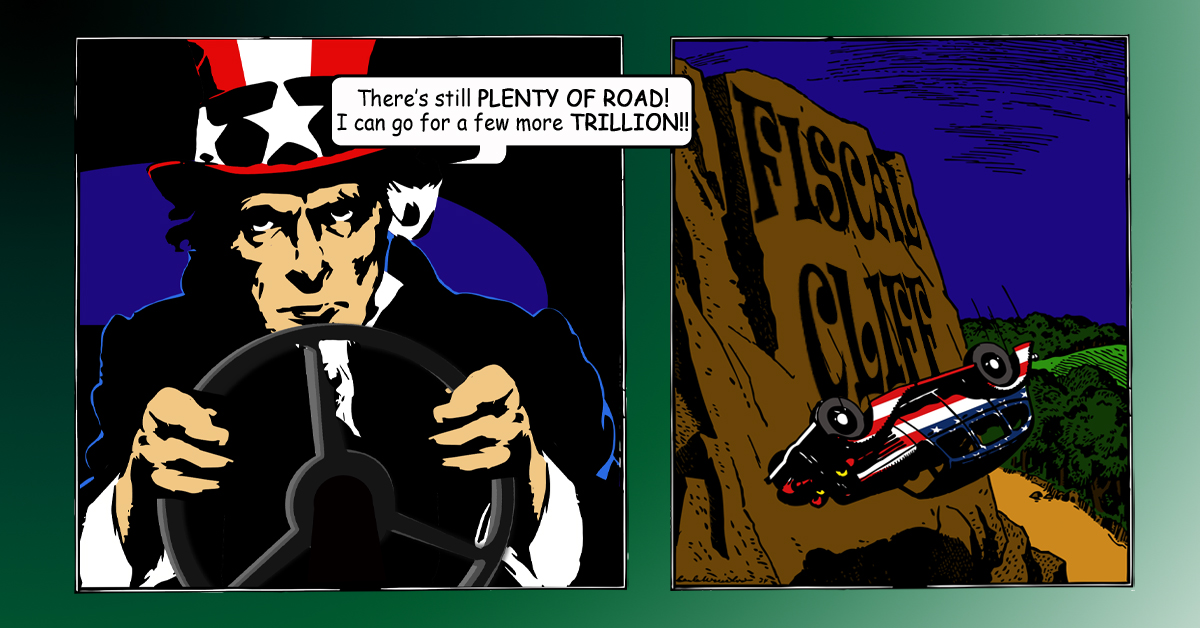 In another milestone for the Federal government, over the weekend, the national debt surpassed 21 trillion dollars. Despite having the GOP (those prognosticators of fiscal discipline) running every branch of government, the debt has grown 5%, or 1.1T since Donald Trump took office in January 2017. Nearly half of this increase has occurred since February 9th. By comparison, Barack Obama managed to grow the debt by a little over 2 trillion dollars in the same span.

Thankfully, congress will be able to continue to spend like drunken sailors until at least March, 2019. At that point, we’ll need to increase the debt limit once again to tap into the seemingly endless free money which can be quite literally written into existence by the Federal Reserve.

Depending upon what projection you prefer, the national debt will increase by anywhere from 2 to 4 trillion dollars in the next 4 years. Not to fear though, during the 2016 campaign, the Donald promised to eliminate the national debt by the end of his second term… OK, that’s at least a positive goal, though naively optimistic. Of course, a couple months after saying this, the soon to be president had already radically changed his position and suggested that defaulting on the national debt was his new favored course of action:

“I would borrow, knowing that if the economy crashed, you could make a deal.”

Later, he would try to walk this back by saying he would instead print more money, as if further inflating the currency was much of an improvement.

Let’s get real. The single greatest threat to the United States is its absolutely crushing debt, and Trump and the Republicans have not announced any plans for dealing with (much less shown any real movement on) what is looking to be the greatest disaster in the history of the Union. At some point, folks will realize that money has no real value and the Federal Reserve’s policies since 2008 will come crashing down. As discussed in previous articles, financial institutions have already coined a term for this inevitable event.

Is it possible that at least some in Texas government have already anticipated this event? The creation of a gold repository in Leander is a logical first step in establishing a new currency. If we are honest, it’s the least we can hope for.

Texans need to step back and take a real look at the financial situation that Washington D.C. has created and ask ourselves how long we are interested in circling the drain.

As Steinbeck noted, Texas is a nation in every sense of the word. I believe that most Texans know in their hearts that there will come a point where we will have to stand on our own so that our children might live free, not to mention avoid fiscal collapse. Let us not put that decision off until it is too late.