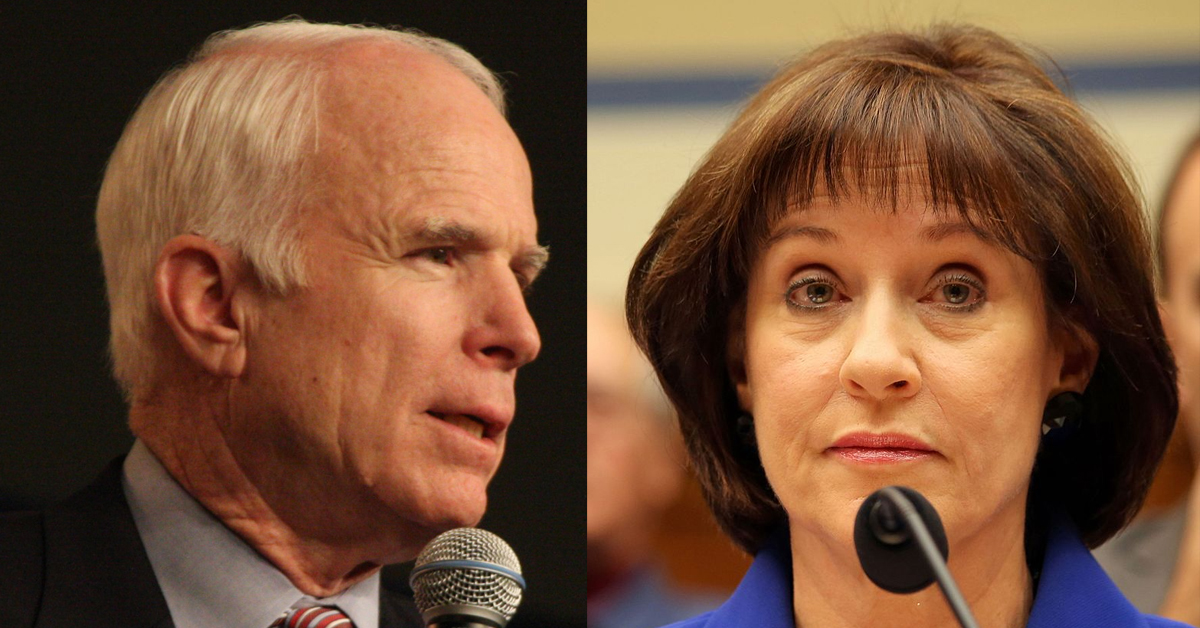 Here’s a story that’s been out a few weeks but hasn’t received the attention it deserves. In late June, Judicial Watch reported on documents it received showing that Republicans, as well as Democrats, approved of the IRS’s political targeting of American citizens.

You may remember the IRS scandal under the Obama administration where, after safely re-electing the president, the organization under Lois Lerner admitted to “targeting” with heightened “tax scrutiny” conservative groups seeking tax-exempt status. In the following months, more details leaked-out about how widespread the abuse was. Ultimately, the IRS formally admitted to ill-treatment of “36 Tea Party and other conservative organizations from 20 states that applied for 501(c)(3) and (c)(4) tax-exempt status” during Obama’s first four years in office. During that time, the agency subjected “those applications to heightened scrutiny and inordinate delays,’” and demanded “’information that TIGTA determined was unnecessary to the agency’s determination of their tax-exempt status.”

At the time, it was believed that weaponization of the IRS came out of the corrupt political culture of the Obama administration, which unlawfully used the levers of power to abuse Americans that differed with its political goals. However, that wasn’t the whole story, and the desire to unlawfully use federal powers to suppress the rights of Americans knows no party.

As previously indicated, Republicans, if not being directly involved in this scandal, have shown themselves willing to foster such abuse. IRS documents now show that Henry Kerner, then “John McCain’s former staff director and chief counsel on the Senate Homeland Security Permanent Subcommittee” and currently Trump’s Special Counsel, “urged top IRS officials, including then-director of exempt organizations Lois Lerner, to ’audit so many that it becomes financially ruinous.’”

The comments were made at a April 2013 meeting were Lois Lerner admitted that it was IRS policy to stall the approval of conservative groups seeking non-profit status, but the meeting was held at the behest of John McCain (R-AZ) and Carl Levin (D-MI). Both senators wanted to rein-in “political advocacy groups,” and seemed to support the IRS as a countermeasure to Citizens United: The Supreme Court decision that recognized the liberty of American citizens to form groups to promote political issues. It wasn’t long after this meeting that the IRS scandal broke.

Senator McCain had since denied involvement in the IRS’s targeting of conservative groups. And while Lerner’s comments in the document suggests the abuse pre-dated McCain’s involvement, the comments of the Arizona Senator’s staff director indicate that his office not only approved of the abuse but wanted to step it up. This being the case, it begs the question as to what other suppressive federal activities his office allowed or supported.

Occasionally, the veneer of fair-governance in Washington is scratched to reveal the irredeemable monster that it truly is. The IRS scandal represented a new public low for the Union. To protect the political establishment and it’s big-government agenda, an institution meant to be a non-partisan agency was used by Washington to abridge the rights of American citizens, even to the point of contemplating financially-crushing Americans who try to exercise their rights and promote change. It rarely gets worse than this. And while Texans may see hope in some of the actions of Trump, don’t be deceived… the swamp isn’t going anywhere. At best, Trump has been a Band-Aid on an arterial wound, not effective in systemically changing Washington for the good. Five years later, we’re still waiting for the perpetrators, such as Lois Lerner and whatever superiors who instructed her, to go to jail. And even though John McCain is dealing with terminal cancer and won’t be returning to do anymore damage, Trump has not yet fired Kerner, retaining him in a sensitive post.

The only way to end such abuse is to eliminate the power that government found all too easy to abuse. Since Washington won’t ever do that, Texas should. Texas needs to protect her people from a Washington that cares little about propriety and legality, only valuing the exercise of raw power. By resigning the corrupt Union, Texas could ensure that its government would be too limited to ever attack its citizens in such a way. But if we tarry, if Texas refrains from exercising its right to self-determination, trusting in Washington solutions with a mere change in the cast, there will be more such bi-partisan outrages on the horizon.