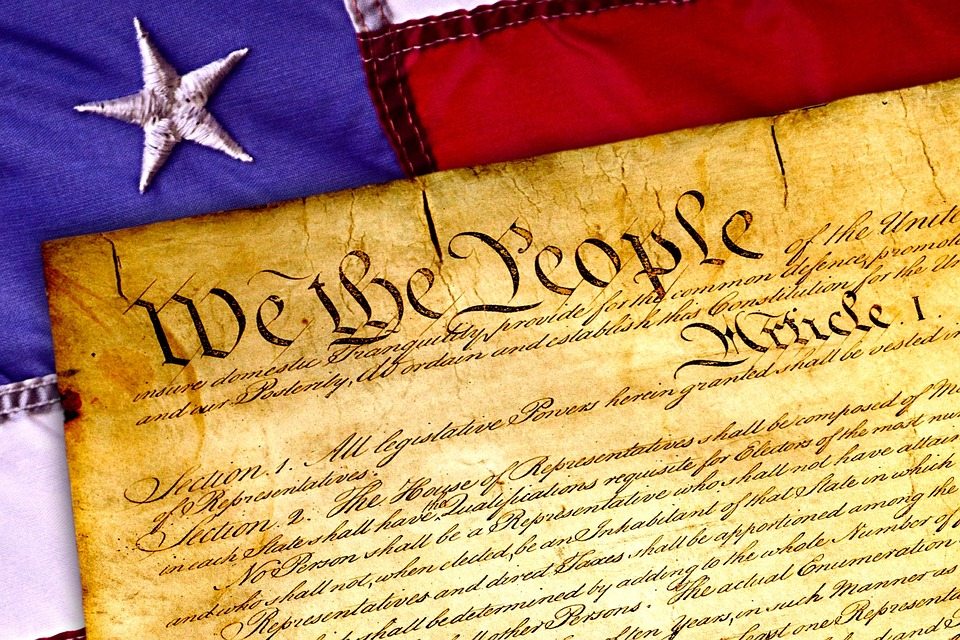 There’s been a lot of talk about holding a Convention of States, lately. Mostly, you hear discussion of a COS from conservatives like our Governor, Gregg Abbott, appealing to the Article V process of offering new amendments to the Constitution as the only way to right a ship of state which has long since been listing, suffering from breaches of both law and Liberty. However, conservatives aren’t the only ones who look to the COS as an opportunity to change things.

Enter Larry Lessig, Harvard Professor and COS supporter. Considering that Mr. Lessig is from a more liberal persuasion, why should he be enthusiastic about a process that is sure to bring the Constitution back into relevance in Washington? Progressives seldom care about the original intent of COTUS, often seeing the document as either an out-dated piece of memorabilia or an impediment to progressive, top-down, government with a finger in every pie kind of change. Considering this, why do we find Larry on the same side of the aisle as Greg Abbott? It is because Larry, and others like him, see the COS as a means to rewriting the Constitution along progressive lines.

One of the chief issues that really sticks in Larry Lessig’s craw is first amendment speech protections. Unhappy with decisions like Citizens United, which limits the government from banning groups/corporations from exercising their first amendment rights, Lessig wants to use the COS as a means of correcting what he believes to be an injustice. Citizens United was one of the chief issues that informed his failed 2016 presidential campaign, along with a litany of other progressive wants from the liberal social-manipulation wish-list, such as securing government funding for Planned Parenthood and the absolute right to abortion, cutting funds to adoption agencies that favor heterosexual couples (like the Catholic charities), creating hate crime protections for self-described trans-gendered individuals, etc. Lessig has stated, “I have worked actively to support the states calling for a ‘proposing [convention]’ under Article V of the Constitution.” If a COS is convened, Lessig and his supporters would actively work to limit the First Amendment and ensconce other progressive goals during the COS process, even as Abbott would work to force D.C. to recognize the limits of federal governance.

Those that believe an Article V Convention of the States is a slam-dunk solution for fixing a deeply dysfunctional Federal Government, no doubt, have honorable goals. The problem is that the USA is deeply divided between those that support re-enshrining the principles of COTUS as originally intended and those that want move beyond the Constitution. Make no mistake, those favoring the later will also have their say at the COS.

Instead of opening a new front in the war to impose one side’s will on the other, for Texas there is a better option. If Texas wants to preserve the genius of the founding fathers, it can do so as an independent republic. Here, by and large, the principles of individual Liberty and limited government are still cherished, and with independence, we could just side-step the entanglements of a government that is irreconcilable to the Texan virtues of freedom, hard-work, frugality, and responsibility. To stake the Liberty and fiscal solvency of Texas on a complicated and dangerous gamble like the COS could likely exacerbate the existential problems of the Union rather than solving them.

So, let’s stop playing the role of Sisyphus, rolling the rock of constitutional reform up-hill just to have it slip our grasp at the summit, over, and over, and over again. Let’s instead move past the federal hill and blaze our own trail, securing for ourselves the blessings of Liberty no matter what foolishness Washington decides for itself.