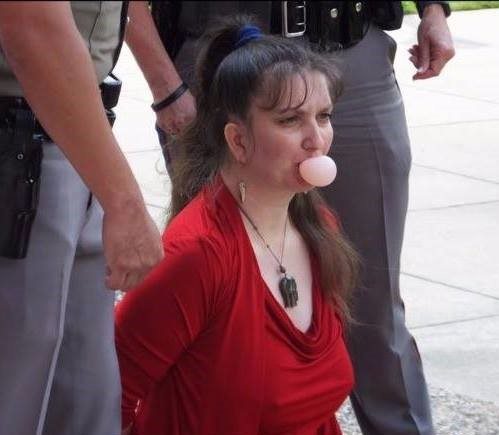 March 22nd in Austin, while attending an open meeting of Texas law-makers, Amy Hedtke, a political activist with a focus on government accountability, was arrested and forcibly removed from a State Affairs Committee hearing. Her crime? Documenting the proceedings of a public hearing without press credentials. The Texian Partisan was given an opportunity to talk with Amy Hedtke and discuss some of the details of this event.

The committee was set to deliberate on HB 200. The concern for Ms. Hedtke was why the committee giving a hearing to a bill proposing a partial-birth abortion ban instead of having a hearing on a blanket abortion ban, as was confirmed by the delegates at the GOP convention, and for which they have the bill languishing in that same committee (HB 948). The reason for the switch is not officially known, but the choosing of HB 200 over HB 948 bore the tell-tale signs of GOP leadership trying to placate their base without keeping their word. It’s like a patron placing an order for a full dinner to which an unwilling establishment serves you only coleslaw. Those of us in the Texas Nationalist Movement can relate, as our otherwise successful independence initiative was killed by GOP leadership at the last convention.

“What I did was not civil disobedience. I followed the law,” said Ms. Hedtke regarding her experience. While waiting to testify, Amy was discovered to be streaming the proceedings on her Android Phone, uncredentialled 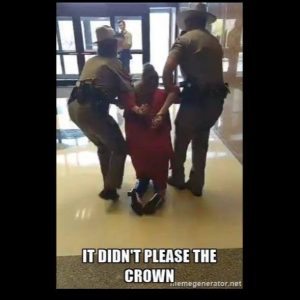 by the capitol. This was a deliberate choice on Amy’s part. Signs were clearly posted saying that video streaming was not allowed to any but approved media. This poses a problem to political activists like Amy who function as one-woman bands, voicing their opposition and also putting out their own media content. This because the capitol media application only allows for professional media, and also bars press from testifying. Amy is a citizen journalist, also she was planning on giving testimony regarding HB200, so that was not going to fly.

Article 3 section 11 of the Texas Constitution gives law makers the right to create their own rules regarding hearings, however, it doesn’t say that those rules can negate standing law, and this particular rule is in apparent conflict with the state law which says that citizen recordings of public proceedings are protected (Sec. 551.023S). With this in mind, Amy decided she was going to test this inconsistency.

Several times, by various state employees, Ms. Hedtke was told not to record the proceedings. She refused to comply, showing on her lap-top where her legal authority came from. Ultimately, they tried to compel her with Texas DPS troopers to desist and leave. When she refused, she was carried away, cuffed, and incarcerated. 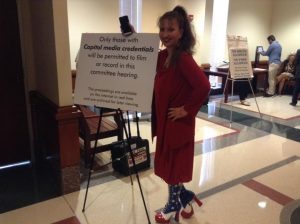 handled,” her head was covered in a hood, she was shackled at the wrists and ankles, strapped to a chair Hannibal Lecter style, and stuck in a room this way for two hours. And at no time during this entire ordeal, Ms. Hedtke maintains, was she read her Miranda rights.

Amy was held for approximately nine and one half hours before being released. She was charged with criminal trespassing and resisting arrest, the latter of which was dropped. Ms. Hedtke is now in process of challenging the remaining charge, as well as bringing a civil suit in this matter.

From this writer’s perspective, it seems strange that this went as far as it did. Considering that the capitol live-streams these events, anyway, why should it matter to have an additional camera running, especially when the recorder is otherwise being civilized? Why was it necessary to make such a show of force? Additionally, why the contradictory rules? You would think that Sec. 551.023 was created for public hearings at the capitol, of all places. It seems strange that the political representatives of the People act as if it is justifiable to merely put aside the People’s rights and protections, and even stranger that they do so with impunity. It’s high time that Texas legislators clarify this legal conflict, and perhaps more importantly, start showing respect for those they were elected to govern.

If you would like to see Amy’s video stream of the hearing, or the video of troopers restraining and removing Ms. Hedtke, it’s available here.