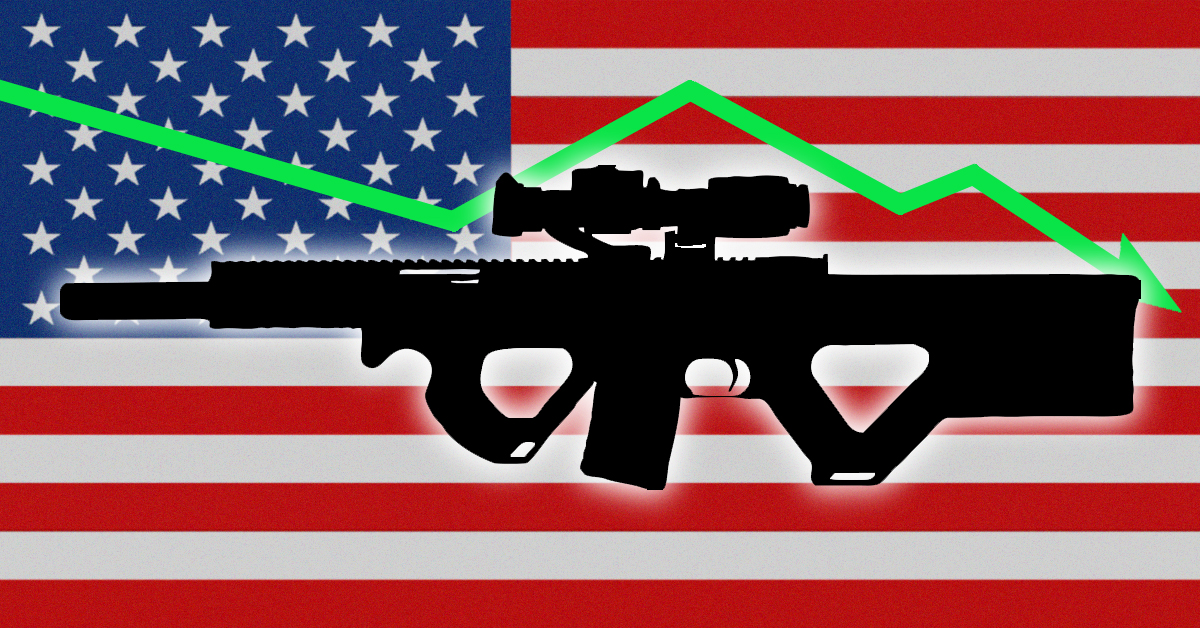 Yesterday, Zogby Analytics released a poll on gun control. No, it wasn’t one asking if we should get rid of the second amendment. Zogby admits that those numbers are strongly in 2A’s favor. However, what Zogby found may represent a turning point, of sorts, in public opinion on gun control.

Zogby took 1514 likely U.S. voters (682 DEM, 569 GOP) and asked them which of the following statements best fits their views on gun control. The first statement said, “There should be new federal regulation of certain guns and accessories; for example, the ‘bump stock’, which can alter semi-automatic rifles to fire at a rapid pace. Stricter gun laws will prevent felons, the mentally ill, or other dangerous people from getting their hands on an assault weapon with such ease and committing mass murder. Protecting many people from tragedy is the price the American people should pay by relinquishing some of their second amendment right to keep and bear arms.” The second statement read, “New federal regulation of certain guns and accessories such as the ‘bump stock’ will not prevent massacres or gun violence from happening. Recent events in Europe and American cities such as Chicago are evidence stricter gun laws do not prevent mass murder; it doesn’t matter what laws you pass, felons, the mentally ill, and other dangerous people will get a hold of some weapon and commit mass murder. The American people have the natural right to keep and bear arms.” The results were that 53% preferred the first, while only 39% preferred the second.

This poll was conducted in the wake of the Vegas shooting. It is not certain how the recent shooting in shooting in Sutherland Springs, Texas, would affect these numbers. And while these numbers are likely not representative of Texas on this topic, on a Union level, the public seems to be willing to accept more gun control measures from Washington, though they may not yet favor anything as radical as a repeal of the second amendment.

Now, reasonable people can agree to discuss regulations that, for instance, keep certified nuts from owning firearms, or perhaps consider bans on accessories like the “bump stock.” However, everything hangs on whether you believe you are dealing with an honest broker in the form of the federal government. The question every Texan should ask themselves is “Do you trust Washington to not overreach in implementing new gun regulations, or do you believe it’s more likely that whatever Washington comes up with will be merely the latest in an incremental plan to abridge the second amendment?” For me, the record of anti-gun legislation, combined with candid remarks from major Washington politicians that reveal they favor gun confiscations, leaves me with no other conclusion than that Washington would take our guns, if they felt they could get away with it. If the federal government believed that public opinion was sufficiently in its favor, it would leap at the chance to eliminate this last check and balance on government tyranny. Sadly, with each new hyper-publicized mass-shooting, the U.S. public gets closer to accepting such a power-grab.

It is probable that this congress will put out some new kind of gun control in the typical pattern of do-something-ism that follows in the wake of horrors like Sutherland Springs. It won’t do anything to curb crime, yet both Democrats and Republicans will pat themselves on the back for the achievement. But, it won’t end there. There will be another bill after that, and another one, the kettle slowly boiling the frog, until gun rights as we know them are a thing of the past. This is inevitable because of the determination of the anti-gun forces, an public easily swayed by a partisan media, and the way the pro-gun allies always seem to concede the point and cooperate. If Texas doesn’t want to see disarmament, we may have to accept that independence is the only way to avoid an overreaching Washington that ever lusts after control, and a fickle American voting base that is increasingly willing to give up Liberty for the promise of being taken care of.