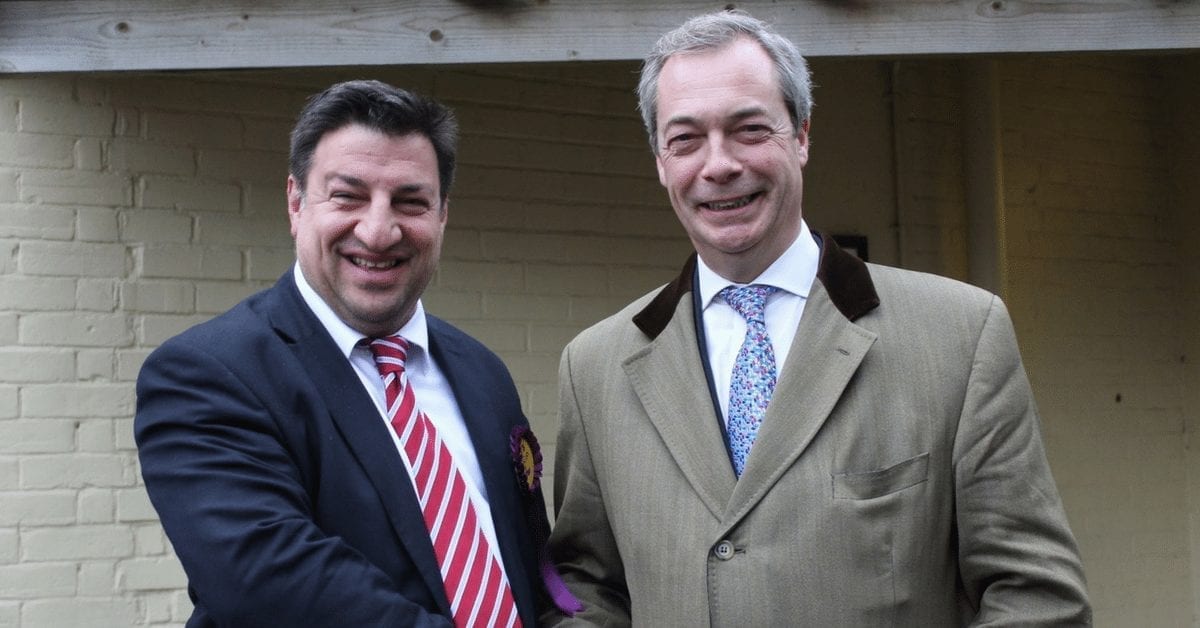 I asked my grandfather who fought in two world wars, just before he died for his blessing and his advice in life. Here is what he said to me.

“Son, you only live once, make sure you do all the things you want to do, or at least try, and you will have a clear conscience. There are so many things that I never did because I was afraid of failure, I never even tried. The only real obstacle was me by setting limits in my mind.”

With that always in mind, as I grew up and faced seemingly impossible tasks, I realised what he really meant. This was especially true when I fought for the independence of Britain (BREXIT). I wanted to ensure that my children would have the opportunity to determine their own future via the ballot box.

Freedom and Democracy are terms that are, in theory, inextricably linked but often are, in reality, big illusions. We often realise that we have neither Freedom nor Democracy. Decisions are made elsewhere for us without us. Independence seemed like an impossible task at first. It turned out to be an incredible journey. It was an odyssey and, in the end, we found our proverbial Ithaca.

For the individual, it starts when you realise and accept that you are not free and you live in a sham democracy. The next step is a no-brainer. You either accept the problem and do something about it, or you pretend it’s not happening, you bury your head in the sand, and avoid confrontation. Throughout history, apathy is the main reason that tyrannies thrive, and liberties succumb to abuse.

Independence For Your Country Is Not An Impossible Task

Independence may seem impossible because it hasn’t happened in your country in your lifetime. But when you really get in the trenches and try you will have a better understanding of what it takes. You may be pleasantly surprised.

Don’t listen to the nay-sayers. After all, who defines what is possible today? The media? The politicians? The so-called experts? Your family and friends? None of these is the final judge on what is and is not possible. Your future is up to you and you alone.

Perhaps the only limitation is that each one of you, individually and collectively, have not really believed that you can achieve what you’ve been told is impossible. Take it from someone who has been exactly where you are right now. You have underestimated your own strengths and most of all you have underestimated your collective power. Texas independence is not just possible but is attainable. It will, no doubt, be difficult because you will enter unchartered territories and be required to do things that you personally and collectively may have never done before. But it is all incredibly exciting and, ultimately, defeats the insanity of doing the same thing repeatedly but expecting a different result.

Don’t Wait For The “Right Time”

If you are personally waiting for the right time to get engaged in the fight for independence, I have one piece of advice for you – don’t. Certainly, there are opportunities that have their own timing, but you can wait all your life for the right timing and it may never come. Every day is the right day. Every moment is the right moment. Once you start, there is no way back and you will know that the time is right. Remember, your enemy will not be ready either because they will never expect you to take the first step.

Success Is Not Solely The Responsibility Of The TNM Leadership

Many of you may look to the success we had in Britain and attribute it solely to one or two leaders. They became the public faces that communicated with the media, grabbed headlines, and rallied the Brexiteers with their speeches.

But Brexit didn’t happen solely because of them. Brexit happened because of the thousands of people who worked in the trenches to knock doors, make phone calls, attend rallies, pay their membership dues, and donate money. The success of Brexit was down to the tireless work of those who volunteered in any capacity.

I was one of those volunteers. When I started, it was just a dream, but I wanted my children to live my dream. That was enough for me to make it a lifetime commitment.

“Freedom is priceless. Many died in the cause. It is our duty to continue fighting for it, not only to honour the sacrifices made but for a brighter future.”

The same is true for the Texas Nationalist Movement. Relying on the leadership to carry the entire burden is not grounded in reality. Everyone has a part to play and everyone must play their part.

You have joined the TNM. This means that you, at least, acknowledge the problems and challenges that Texas independence would solve. But just because you have subscribed and paid your membership fees, you cannot expect everything to be done by others who will make the path easy for you. This is not the way to inspire your children and future generations to protect the independence that you are fighting so hard to win.

Let me tell you my personal story on how I helped win Brexit.

When I joined the UK Independence Party and became a member, I tried to call my local branch chairman. I could not find them anywhere on a website or the internet. After I persisted, I managed to invite myself to a branch meeting.

To my surprise, when I turned up to the “secret” location, I was met by the branch chairman and the secretary in somebody’s living room. That was the whole branch, two elderly men who passionately loved their country but did not know what else to do. This shows you how primitive the party was in those early days.

It was at this moment that I realised that the Party had nothing to offer me.  It had to be me, and I had a lot to offer to the Party.

At the next meeting, I volunteered to become the Branch Chairman. Immediately, I worked hard inspiring and bringing in new members. I organised public meetings, distributed leaflets, stood as a candidate in local elections.

My personal activities meant that the branch started to grow to the extent that the local “smaller branches” wanted to join our branch and come to our meetings. People needed to see that something was happening. They needed engagement. I connected with every new member and engaged them in the day-to-day work of the party. I personally visited every person who joined the party and tried to see what their strengths and weaknesses were, and I gave them a task. This was my strategy.

In the course of a year, I consolidated all the small branches in the County of Bedfordshire into an almighty branch. Eventually, I built the largest branch in the UK. Sharing my passion and experience as I represented my County to the Regional Committee, I found myself in the driving seat of the Region and was soon elected to the position of Regional Chairman.

At the same time, I stood in every local election and, in 2015, I was a Parliamentary candidate. In an election where I was still handling all of the tasks of a Regional Chairman, I received 20% of votes, by far exceeding my expectations. Our Region led the party in all elections, and we were 1st in both European elections and the Brexit Referendum.

Imagine being the Chairman of the largest branch in the UK, of the most dynamic Region, and a Parliamentary candidate all at the same time. If that doesn’t seem like an impossible task, nothing is.

Words Of Advice From A Brexiteer To A Texian

What I described in a few short sentences above was actually 10 years of very hard work, time commitment, and sheer determination to see my country free and independent.

If I did it, so can you. You’ve already a part of the Texas Nationalist Movement. But it takes more than that. If you can make a commitment like I did by saying:

… then TEXIT is worth fighting for.

Remember that on the way up that mountain, there will be few that will try to make you turn back. You will feel the resistance and you must remain strong and focused.  You will be surrounded by people with different agendas, by cowards and traitors who will try to scare you and you must never underestimate the power of the media. You will be told it is the end of the world and you are committing suicide.

Remember that all you are doing is taking back your freedom and independence. You are taking control of your own future and destiny.

This is the death knell for the political establishment and they know it. I remember that initially we were branded “fruitcakes and lunatics” and later “fascists and far right extremists”. And finally, they paraded out so-called experts to tell us that every household will be financially devastated. We were told that we will starve if Brexit happened. Then they put global leaders like Barack Obama, across every television and newspaper declaring that the UK would be the last in the queue for a trade deal with the US. The establishment incessantly repeated that we were doomed to fail. What this meant, however, is that we were winning.

Texians, your country is the most priceless asset you will ever have. It’s worth fighting and even dying for. It’s what defines your past and determines your future. As they used to say in ancient Greece, “History is written by the winners.” Go win.

After all, you are much more than a star on someone else’s flag. – Nigel Farage

Best of luck and God bless your endeavours.

George Konstantinidis is the former Eastern Counties Regional Chairman of the UK Independence Party (UKIP) which consists of 52 local constituencies. He is currently a member of the Brexit Party and an advisor to the TNM. George was a guest at the TNM’s Legislative Action Workshop which you can view at this link. 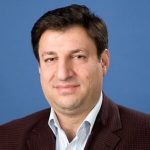 George Konstantinidis is the former Eastern Counties Regional Chairman of the UK Independence Party (UKIP), which consists of 52 local constituencies. He is currently a member of the Brexit Party and a member of the Advisory Board for the Texas Nationalist Movement.