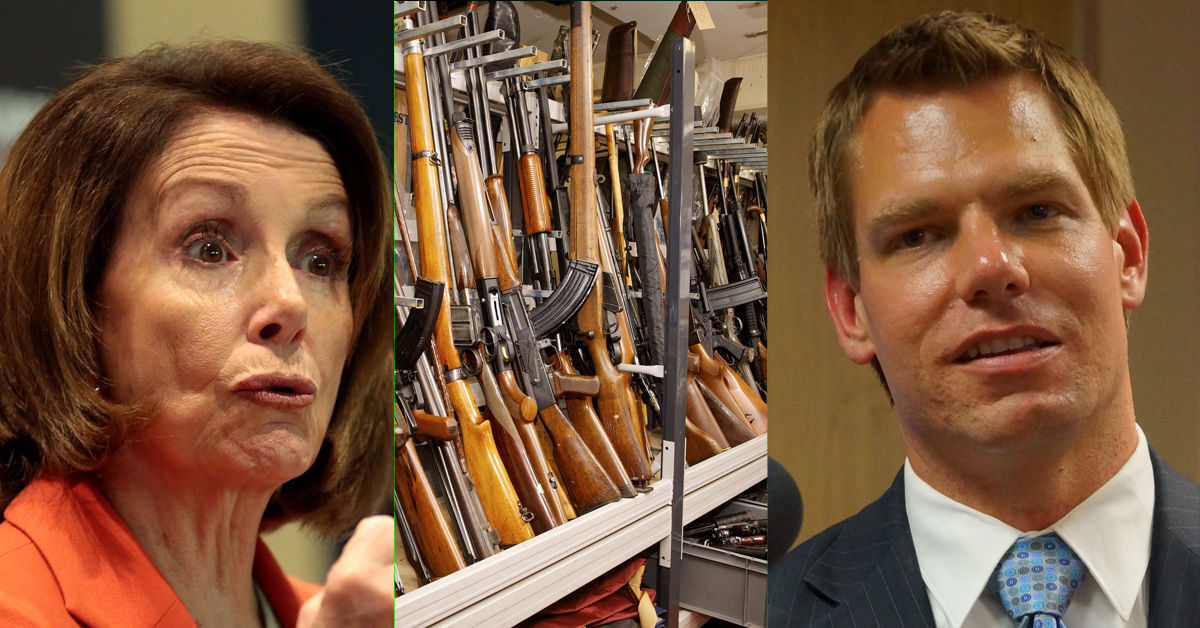 The debate over the merits of gun-control (or lack, thereof) has been spread over the decades in the USA. The pattern is familiar: a politically exploitable tragedy occurs involving fire arms; those that want to preserve the right to bear arms are quick to remind the public how extremely rare these events are and how crime (and gun-crime, specifically) has for over 30 years been going steadily down; the proponents of more gun-control appeal to the public’s emotions over the tragedy, urging Washington law-makers to do something, advocating for the vague and ever-moving goal-post known as common-sense reform; and ultimately, the federal government adopts the next incremental restriction on our constitutional right. The advocates of gun-rights claim that the ultimate goal of each iteration of so-called common-sense gun reform is the elimination of the second amendment and the confiscation of privately owned firearms. The response of the advocates of gun-control within the Democratic Party has primarily been to say, “That’s nonsense,” or something to that effect. However, now it seems Democrats are preparing to drop this pretense and adopt an approach more honest and more in keeping with their long-suspected real agenda: “We’re going to confiscate SOME of your guns.”

Enter Representative Eric Swalwell. This California congressman recently published an article in USA Today entitled, “Ban assault weapons, buy them back, go after resisters: Ex-prosecutor in Congress.” In the piece, Swalwell advocates for just that: the legal prohibition on certain civilian-grade weapons, having the government purchase-back said weapons, and putting the federal hammer down on all who resist the government in their righteous might.

Granted, Democrats have never been averse to praising the idea of an Australian-style gun buy-back. In fact, both Barack Obama and Hillary Clinton have in past made tepid cause for such an idea in the United States. Additionally, Democrats and leftists (not so close to the seat of power) have long advocated for either an American buyback program or the elimination of the second amendment altogether. However, what makes Swalwell’s assertion so significant is his position within the party and the way he doesn’t parse or qualify, hiding behind weasel-words. And though Swalwell makes no specific claim to be speaking for the party, when such a high-ranking Democrat goes public with something like this, you must assume that he got clearance for doing it. This is doubly true for Swalwell, who in 2016 was appointed to “chair the party’s messaging arm.” The only way to regard this op-ed is as a trial balloon for a new shift in policy focus for the Democratic Party. When Swalwell speaks, you can assume that it’s really Nancy Pelosi speaking. The Democrats are coming out of the closet (so to speak), confirming the fears of gun-rights advocates and limited government proponents.

I won’t attempt here to refute the claims made by Swalwell. If you’d like to see some analysis on this matter, Frank Camp over at The Daily Wire does a thorough job of debunking Swalwell’s op-ed. However, I would like to address those currently saying, “Thank God for Trump,” or comforting themselves that GOP controls the Congress. Keep in mind that such control never lasts (lukewarm, though it may be), and the fact that so many Republicans are retiring ahead of the midterm elections is probably a good indication that the polls are more accurate than some have hoped, that the Democrats may be poised to retake one or both houses of Congress this November. If that happens, what are the odds that Trump, the great deal-maker, won’t make a deal with the Democrat leadership on this issue, assuming that they don’t impeach him first? With Trump’s recent past of being a supporter of gun-control, I wouldn’t bet against it!

In the final analysis, the only way to prevent the further federal erosion of our gun-rights is to remove the federal government from the equation. Washington cares nothing for the limits that the Constitution imposes on it, casually violating its mandate each day. Therefore, it has broken its political contract with Texas, absolving Texas of its responsibility to remain in such a compact. If Texas doesn’t want to become a fully-processed slave-state of Washington, where our citizen’s rights are subject to the whims of politicians rather than being natural, then we will have to resign the Union and return to being an independent country. It’s either independence or acceptance that we will eventually lose this right, and many others as well. There is no alternative, if history is any judge.